This week we feature award-winning poet, photographer, and filmmaker, Mark Granier. In addition to select readings from his latest collection, Ghostlight: New & Selected Poems, is his film: “Docklands,” which won the Doolin Writers’ Weekend Film-Poem Competition in 2019. Mark and filmmaker Fiachra MacAllister also produced the haunting video for Peter Sirr’s poem “About Ghosts: Whoever You Were,” which was recently featured on Trasna.

Mark has published five books of poetry and has exhibited his photographs in major European art galleries. Here, his poems explore a mysterious 16th century dancing plague; the presence of those we can’t see; and the rhythm of history that runs through us. 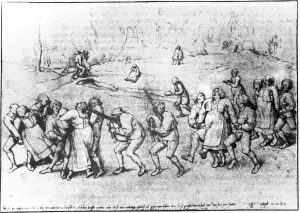 There’s been a strange epidemic lately

Going amongst the folk – Strasbourg, Alsace, 1518

Frau Troffea was the first. She danced for four days,

the insides of her clogs slippy with blood.

A strange thing, and maybe it meant little,

unlike the last touches of The Great

Pestilence; unlike leprosy, famine, the pox

or that foreigner, The English Sweat.

Other folk followed, at any time up to a score,

mingling with the dust raised by onlooking crowds,

amongst these, maybe, a few doomed to discover

how it feels to be hustled by your own body,

We did as we were ordered: schemes, edicts,

management of the afflicted:  ‘Flux in the blood’

might be danced out of the blood: guildhalls swept

into dancehalls, The Horse Fair displaced by a hammering

platform assembled quick as a scaffold: a stage

was to clasp the poor souls and spur them, spin them like tops

even as the old or weakened who couldn’t keep up

in some stranger’s mechanical arms.

No good. We did as we were ordered, searched

house to house, street to street, rounding up

transported to the mountain shrine of Saint Vitus,

where the strict monks set them to fasting, praying (even dancing

until something, it seemed, finally shifted. God

heaved off His curse. The shriven came clopping back

cured. Miracles. Or had this thing simply rolled on,

a thunder storm knocking the mountains? In its wake,

as the unsteady, seasick earth.

Where, and what is the music? 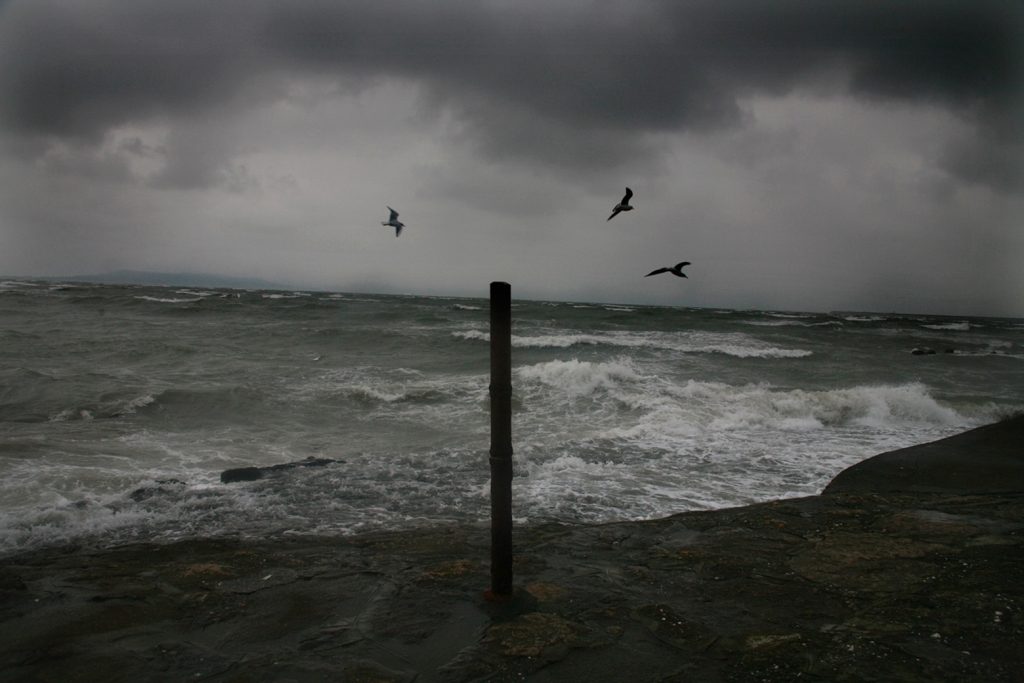 Fitting to see the oldest airs

salvaged from a raptor –– the air

of its wing –– and there is music

in our bodies, drums and strings,

so blood and sweat sings

to surfaces, half-blinding those eyes

lost in the swing of a scythe,

a notched sword, the haulage

of hominid arms through foliage ––

back to the root

of our species jogging on the spot

bearing the mind away

on what’s in us and what will come

to blow through our bones. 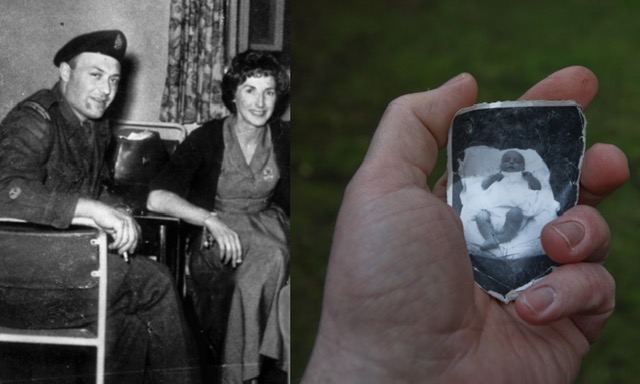 Here’s to you, ghost father, alive or dead,

your surname’s reserved seat, your vast

library of the unsaid;

to your one image, slip of the past

in blurred grey and white;

a soldier, sitting with my mother,

your smile sleepy, hers bright

as the ghostlight blowing your cover;

to the curse or gift you bestow:

abstraction, my soft spot for absences;

to the given, darkening, Dublin Bay almost black

except, nearby, where a wave splits a rock. 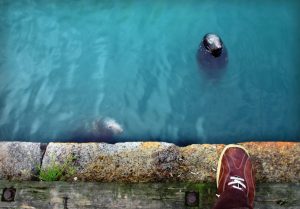 The best thing about the sea is that

there is no land.

The big dark is my thing.

Who, after all, would miss

what the deadlights promise

and you can fall 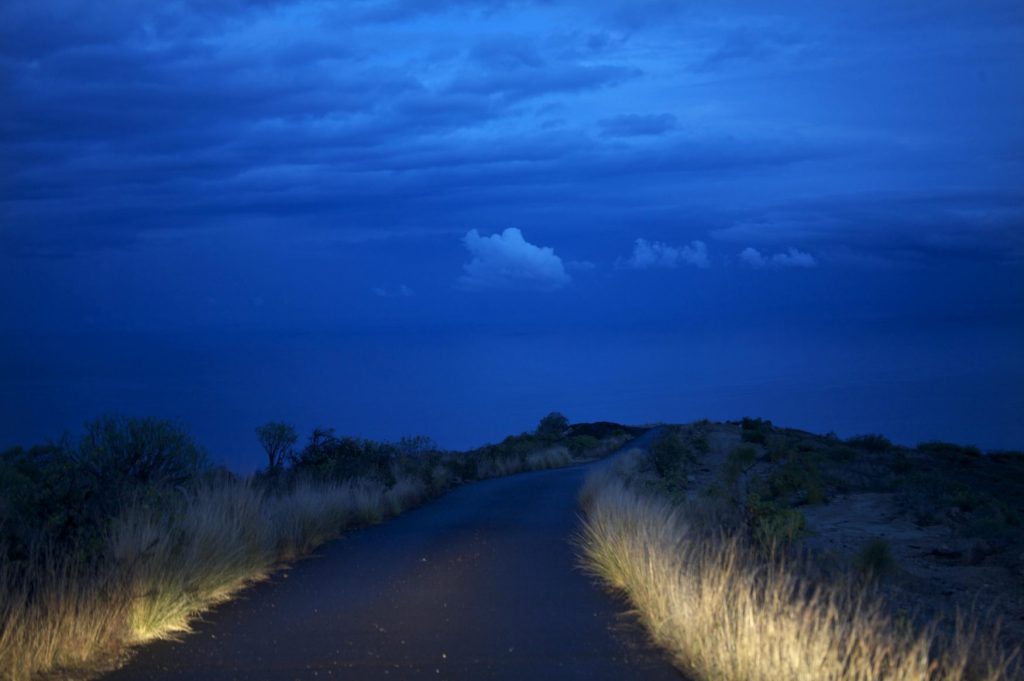 “DOCKLANDS” a film-poem by Mark Granier and Fiachra MacAllister (2019) 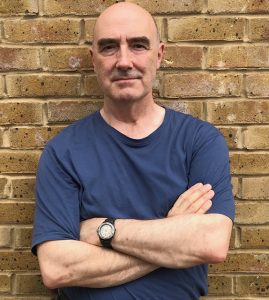 Mark Granier is an award-winning Irish poet and photographer. He has published five collections of poetry, and his poems have appeared in many outlets, including The New Statesman, The TLS, Poetry Review, The Daily Poem and Verse Daily.

Granier’s photographs have been published by The Guardian and exhibited in a number of different shows and galleries, including the OXO Gallery in London and Royal Irish Academy Annual Exhibition in Dublin. His film-poem, Docklands, was a joint winner of the first prize in the Doolin Writers Festival in 2019.

All photographs are by Mark Granier