Oktoberfest is a 200-year old traditional festival held for 17 days from mid-September until early October in Munich, Germany. Its main feature is beer – about 7 million liters of it each year – along with traditional food (wurst, chicken, pretzels, salted radishes), folk costumes, music and amusement park rides. In recent years, more than 6 million people have attended annually.

In 1981, I was part of the crowd and had a wonderful time. I would like to go back, but that hasn’t happened. But a close friend from high school, Dave Dionne, has been to more than a dozen Oktoberfests. As part of our German week, I asked him why he returns so often. Here’s his response along with some of his photos:

I always like to think of the Oktoberfest as a delight for all the senses. Seeing all the bright colors of the flags, rides and traditional garments. Hearing the bands playing their traditional songs and hearing the laughter of thousands of people enjoying themselves. Smelling the lovely aromas of grilled sausages and roasting chickens. Tasting those sausages, chickens and the Oktoberfest beer. And feeling the good times (Gemutlichkeit) of being with old and new friends from around the world. 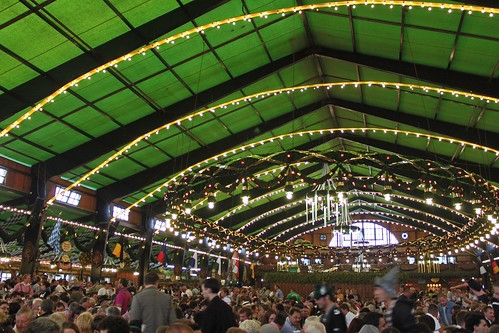 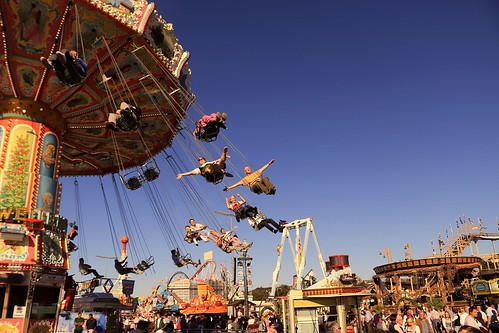 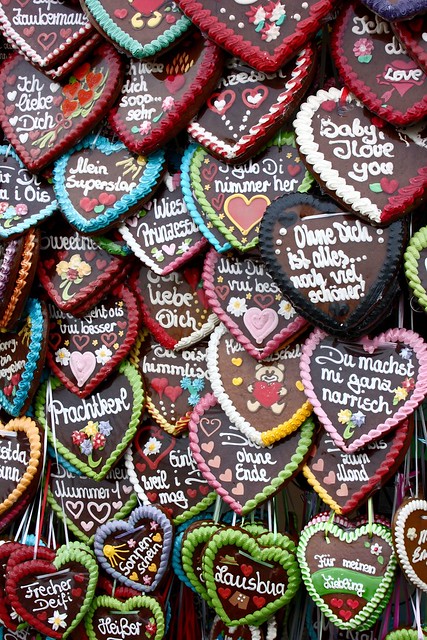 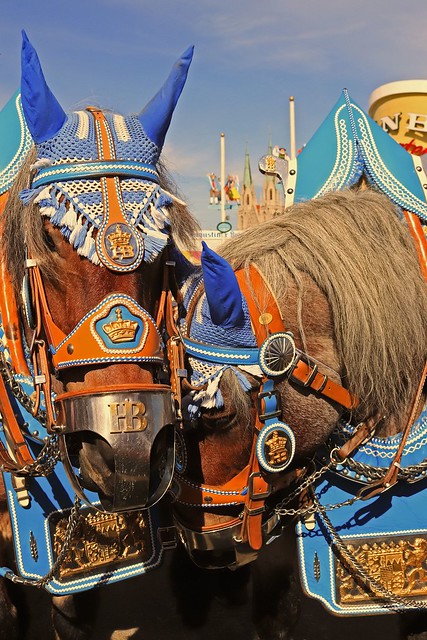 One Response to Oktoberfest