Located primarily in the northwest of County Clare, the Burren, is one of the world’s most unique landscapes. It means “great rock” in Irish (Boireann), and is dominated by thick successions of sedimentary rocks, often compared to a lunar landscape. In the following essay and series of photographs, Clare Mulvany take readers to this otherworldly place, to a land that, as she puts it, “reads like a sacred text.” 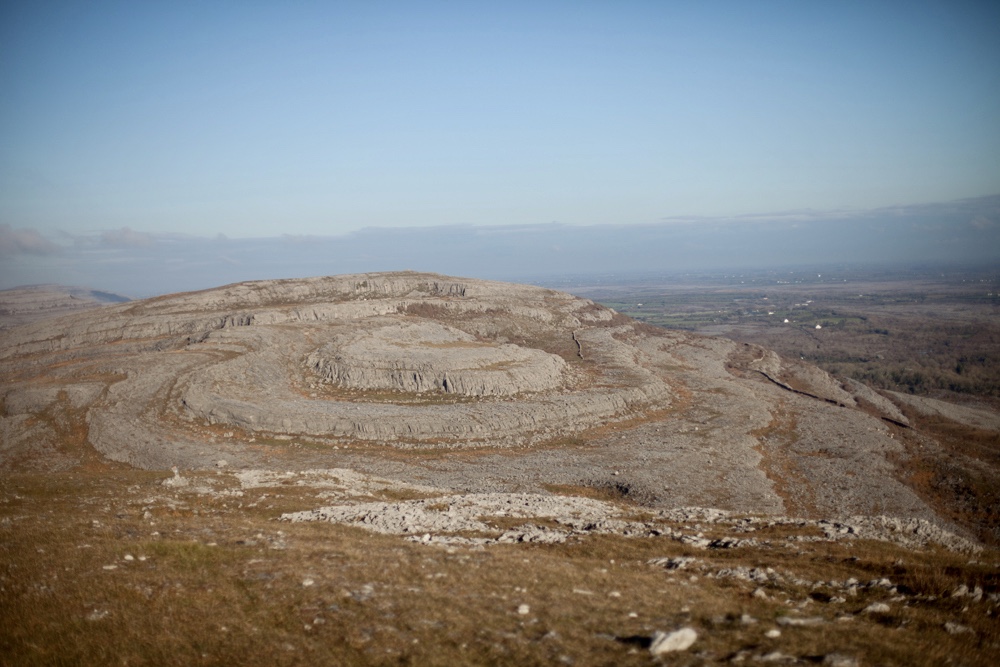 “TOWARDS A WILD ECOLOGY OF BEING,” by Clare Mulvany

Each step is a careful one, and a miraculous one. At foot level, wild orchids, the Spring gentians in pink and lighter pink, like dreams rising from a dreaming land, are dotted across the Burren landscape in effervescent rarity. From deep crevasses cut through the limestone, ferns and alpine avens are scattered between the slabs of rock; which at first and distance glance appear barren, but upon closer inspection yield a tapestry of yet more wild and soft bloom.

A W.B Yeats poem comes to my lips. “…Tread softly, because you tread on my dreams.” The cuckoos’ calls reverberate from the mountain face, a pied wagtail bounces by; then a pair of swallows dip and dive, cavorting above the limestone karran. This is a word I have just come to know, a word to name an ancient thing: the network of tunnels and grooves, markings and erosions on the limestone. Karran. The rock itself was laid down some 340 million years ago. Here I am being astonished by wind-song, and rocks older than I can think. “We are walking in a dreamscape,” I say to myself, and I feel the dream stir. 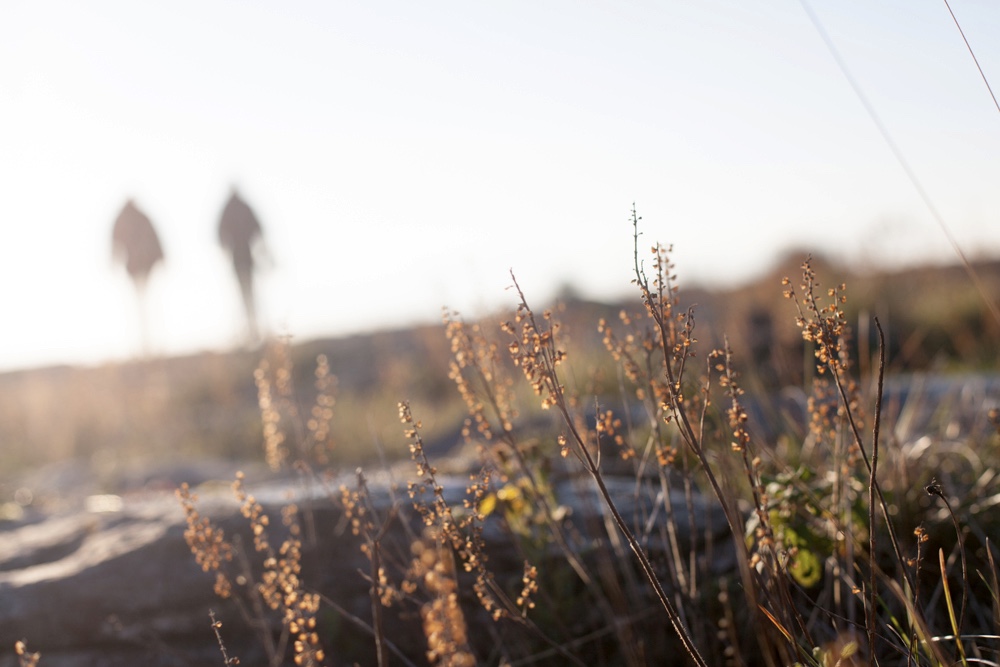 The ecology of the Burren is both ancient and fragile. Alongside the spring fauna, 6000 year old dolmens reside; mere babies on the timeline of their context. Standing “erratics”- glacially deposited stones-  are rising from the rock, in prayer or supplication. I do not know. Their presence tells of an older ecology from a time when the ice retreated and left them stranded. The rock itself is comprised of the compressed skeletal bodies of the marine life, from a time when the sea held this space. The waves of time have passed, leaving a fossilized quilt of memory. The land reads like a sacred text. “Tread softly, because you tread on my dreams.”

In ancient places we are all young bodies. May our footsteps be light.

A friend has been visiting from the US. We have been on walkabout. Across meadows, under electric fences, through hazel woods and dense bracken, mud on our faces, mud under nails. An orchid, small and powerful, shares its glory with us. It beckons my tears. A few fall onto the rock, looking like rain or offerings. Among the hills there is nothing but astonishment.

We avoid a bull in another field and a herd in the next. We are trekking across fields in search of a holy well. I have an image of anointment and absolution. The well is to be the place from which newness can rise in me, or at least this is what I hope for. Another orchid, devastatingly beautiful, is tipping at my toes. I step aside, a whisper in my feet, to take another route. Each step here is a matter of life or death, and each step counts.

“More stones,” I joke with my friend. She laughs. I seem to have this thing with stones. Earlier in her visit we had kneeled at stone circles, and kissed the hag’s stone in Beara, West Cork- a mythical stone rendered magical by virtue of the story attached to it, the one about the petrified spirit of the Calliach, the wise woman of the Celtic lands, who invites us to leave offerings there too. I placed a strand of my hair under her weight, then read her poems under a great expanse of transgressive sky. Over the weeks we’d walked out to more standing stones, and touched burial ones. But now, in the Burren, Co. Clare, we have the story of this holy well to find, and my bones are determined to take the next step.

More cuckoo song. The swoops and forks of swallow wing. The summer migrants are back and giving voice to the wilds, calling us to keep going. We follow. The light is hitting the grey stony hills, sending back beams of amplified glistening.

“A faerie,” I say, and you’d almost believe it. 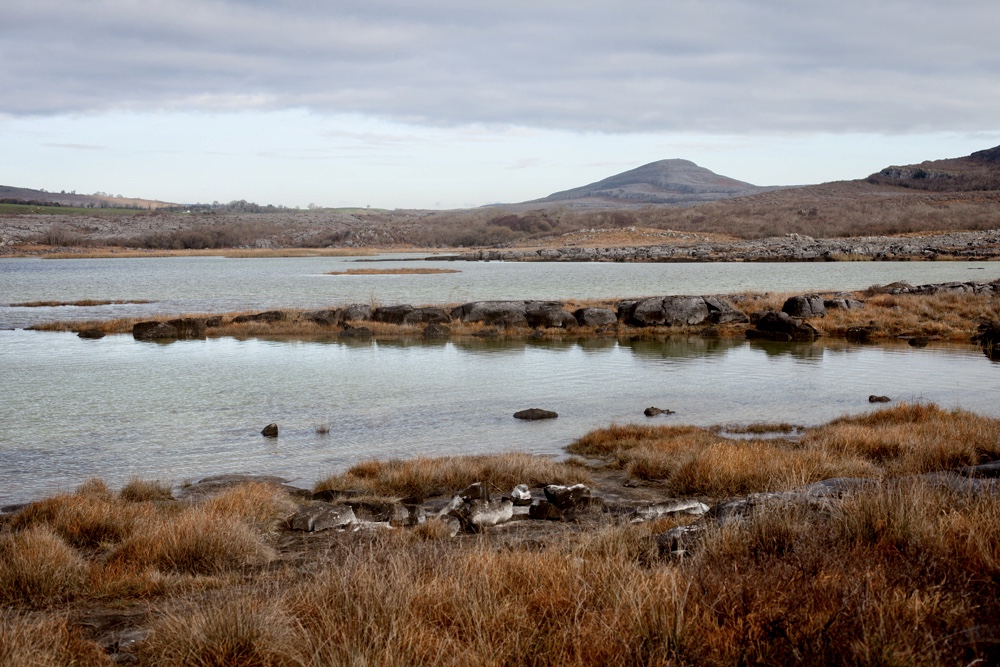 The hawthorns- the faerie trees- are putting on a show for us. It’s all cabaret and plumage in their branches; white pops bathe the landscape in May bloom. In Celtic mythology, the hawthorn were considered sacred homes of the underworld folk and portals to the otherworld. A circular stand of them could indicate a consecrated spot. A lone one would not be cut. I scan the horizon looking for a circle of blossom. There are hawthorns everywhere. The land is text and the lore is still luring. I tread softly.  Another bull. Our route needs a detour. But there was no set path in the first place, so our route was always pliant and free. Beyond another stand of trees we spot a glimpse of the monastery and follow its gable as if it’s a prayer flag.

In ancient places, there is honour in the remembrance of ancestry. May the rocks speak well of our walking.

In the corner of the field, a stile. I clamber through and there, after the nettles, most unassumingly, the ruins of the 10th Century monastic site holding themselves in a silent, contemplative reverie. Their presence holds a secret, of this I am sure. My bones exhale.

I let the silence in, but this is no ordinary silence. It is filled with bird chatter and the rustle of blossom and branch. So I sit, and sit some more. Something close to the fragmentation in my being— worry, insignificance, smallness— shifts. A peace which speaks to the perfection of this moment, this landscape, enters. A longing for the well unlocks itself. 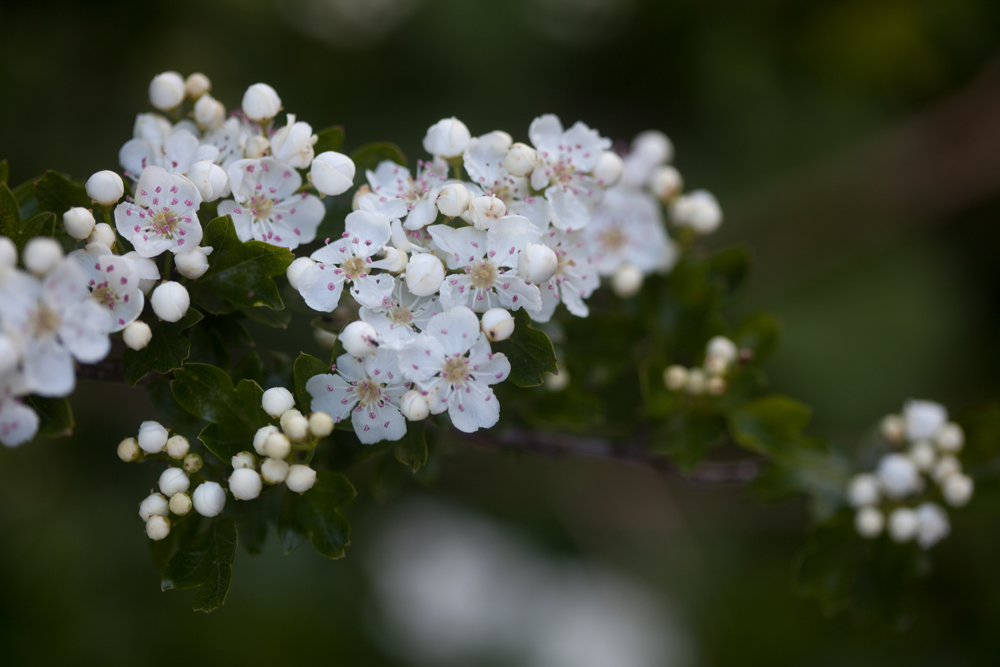 We search. Is it here? Or there? I feel a bit hyper or high. More hawthorn and stones. Could this be it? We search. More pink gentians. Some bluebells. More sky chatter. We search, laughing for want of a well.

Another stone presents itself for sitting near the ruin. I fall into the embrace of it, then read a poem about this place, the one David Whyte, the poet, had caught and placed in his books for safe-keeping:

“Be taught now, among the trees and rocks,

how the discarded is woven into shelter,

slowly proclaim their voice in the world.

to all outward appearances, apprentice

yourself to yourself, begin to welcome back

all you sent away, be a new annunciation,

make yourself a door through which

to be hospitable, even to the stranger in you” 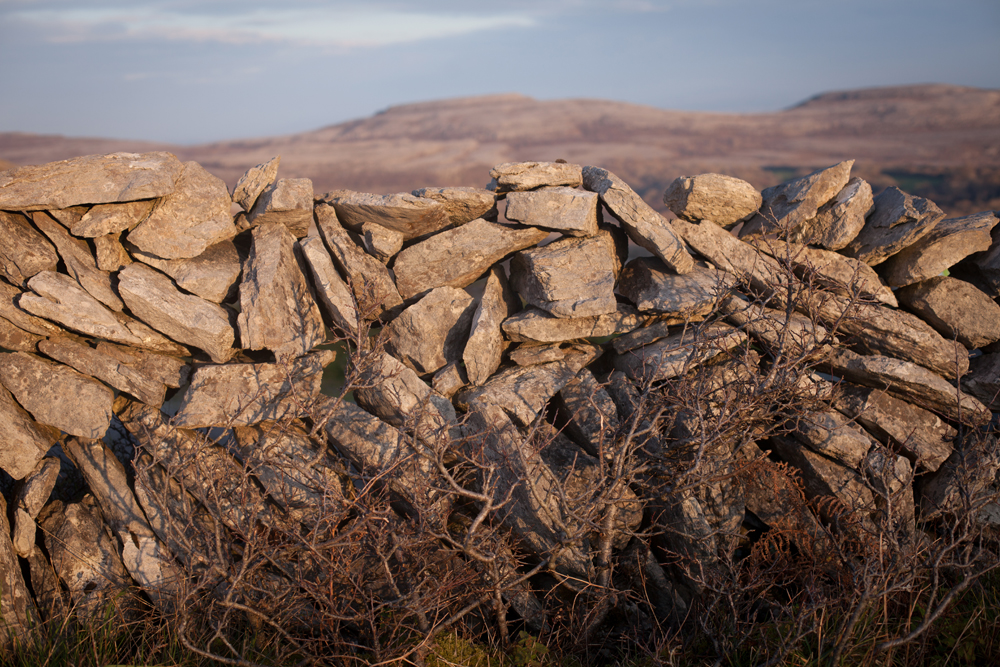 “Another time,” I say to my friend, knowing we will enter this time out of time through another portal; knowing the door has been opened to welcome ourselves back to ourselves. We have crossed the threshold. The door does not shut.

It is time to return to clock time and to the world which some call real. So we let the shape of the fields and the hint of a bull plot our course back out. The well was just a lure. It was the walk that mattered in the end. It always is. 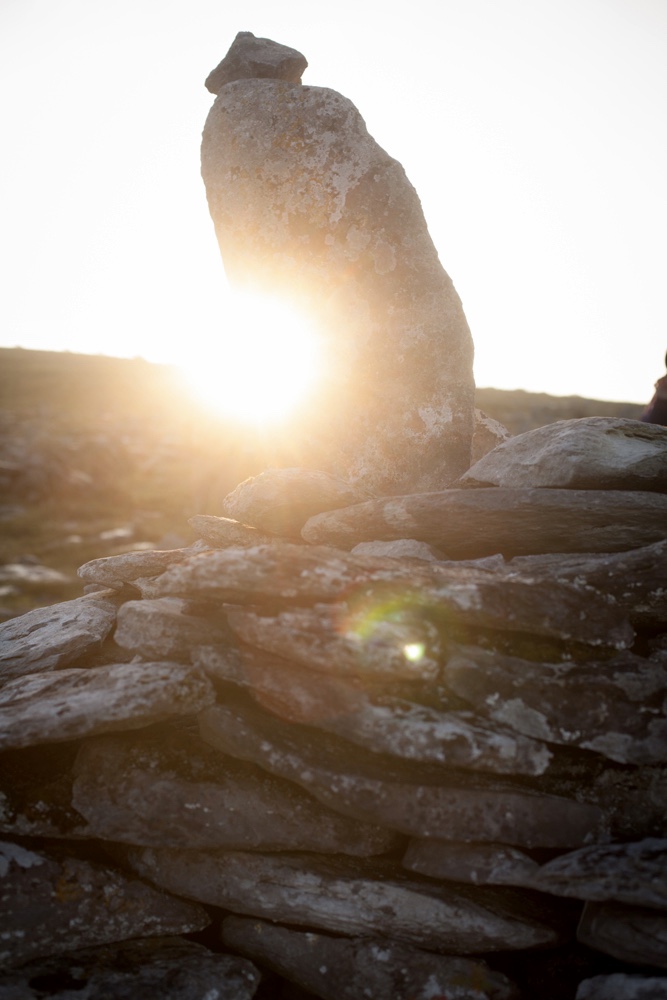 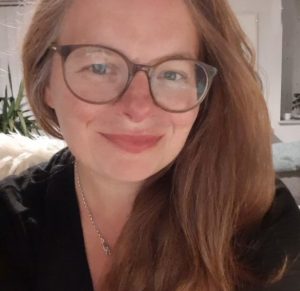 Clare Mulvany is a writer and educator living in West Cork, Ireland. A graduate in International Education from Oxford University, she has been leading transformational learning programmes for over 20 years across the globe, weaving the strands of creative practice, service leadership, spiritual ecology, and social justice. She is the author of “One Wild Life- A Journey to Discover People Who Change the World,” and her writing and documentary photography have appeared in places like On Being and The Irish Times.

A Social Entrepreneurs Ireland Awardee, she was a founding member of the leading education NGO, Suas; a co-founder of the cultural agency, The Trailblazery, and is currently a lecturer in University College Dublin’s Innovation Academy and a member of the wellbeing faculty of The Law Society of Ireland. She is a trained classical hatha yoga instructor, and leads writing workshops and creative retreats online and across the world.

Aside from everything else, the sea and her dog bring her infinite joy.

You can find out more about her writing and upcoming courses on claremulvany.ie