In this photo essay, Beginning Again, contemplative photographer, writer and award-winning blogger, Catherine Drea reflects on the experience of being in lockdown during COVID-19. Her place is rural County Waterford in south-east Ireland and her reflections and stunning photographs show us the art of paying attention, always with an eye for beauty but alert too for changes that are a cause of concern. Travel as we understood it might have changed, but we learn how the “simplicity of wandering on foot can also delight the soul.” More of Catherine Drea’s work can be seen on her blog, Foxglove Lane, and on her Instagram gallery. 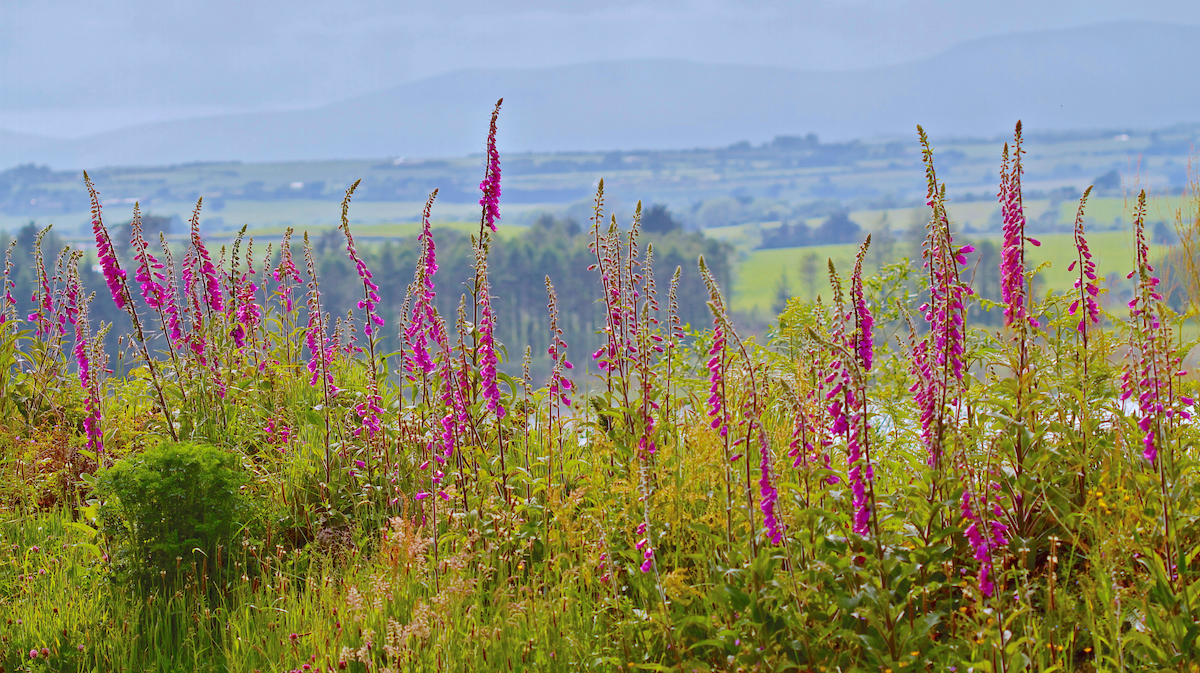 In the dreamtime of last winter, I had pored over maps of the Mediterranean. I was searching for ferries to cross from mainland France to the islands off the coast of Italy. Every so often I would shout some update across the room, “Wow, there’s even a boat from the southernmost tip of Sardinia all the way to Sicily!”

As the lockdown drew in, Italy began to fade as a possibility. Sun drenched villages and mountain walks, the places I saw as my eyes closed each night, were increasingly sketchy. By the first morning of lockdown, our annual pilgrimage was definitely off.

Staying home was not the biggest challenge. Living in rural isolation has been my life for many years. As a child, when nothing else was certain, Mother Nature provided alternative nurturing. I am acutely aware of the preciousness of this place.

The real challenge of being stilled, would be to keep moving. While being on the road is to experience a kind of vitality that nothing else measures up to, I already knew that the simplicity of wandering on foot can also delight the soul. So instead of dreading the sameness of the path ahead, I decided to try to see each lockdown day as another fresh start

For the last 10 years I’ve written and photographed everything that moves in this small rural network of townlands. At the centre is Ballyscanlon, a deep volcanic lake surrounded by an edge of pine and meadow. To the east there is Carrickavantry, a lake formed as a reservoir to feed water to the local town of Tramore and to the west, the Comeragh Mountains. 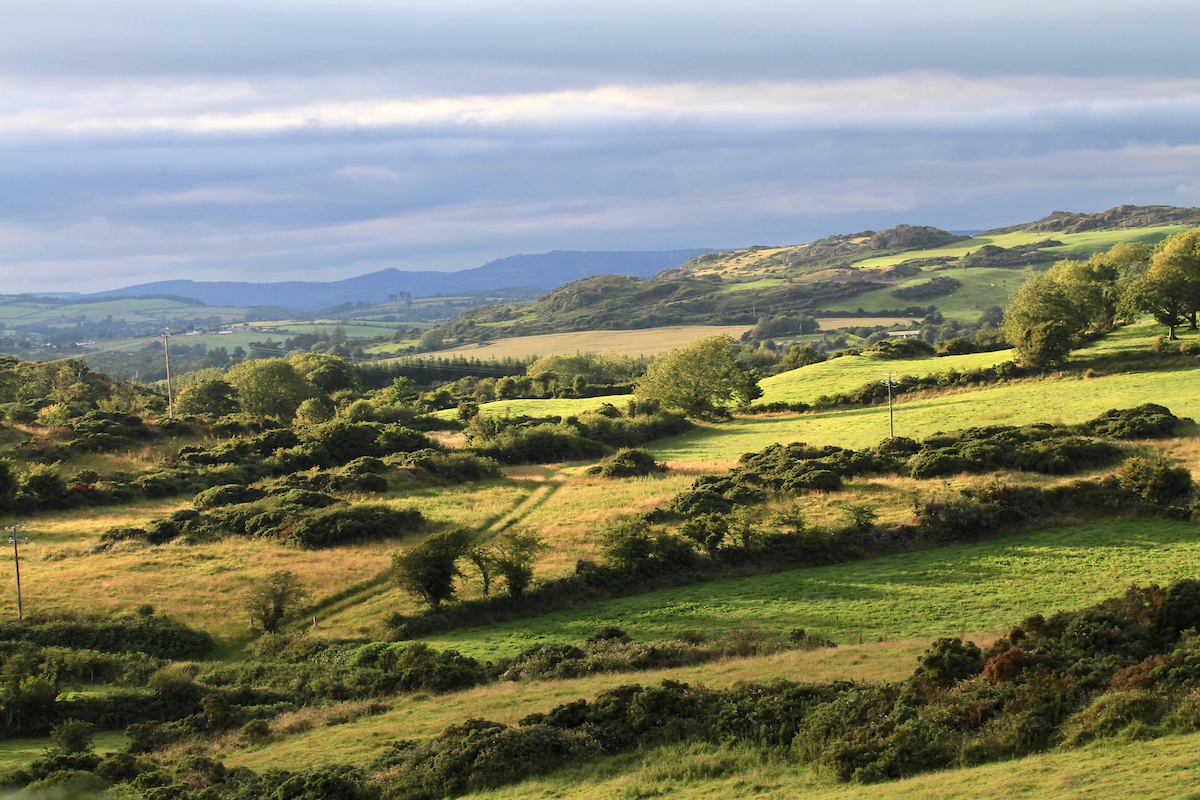 From the top of the hill

My neighbours, for the most part, are farmers and their offspring. Like much of Ireland they only produce beef. While I’m sometimes guilty of romanticising nature, I am conflicted, to say the least, by the aspiring cattle ranching landscape that has emerged here in recent times.

I have lived through many losses of land and biodiversity. Nature has rich cycles of growth and decline, but I am often troubled by even the most subtle changes. Why are there so many ferns this year? Why are the butterflies slower to emerge? Is my support of the bird population doing away with too many caterpillars? 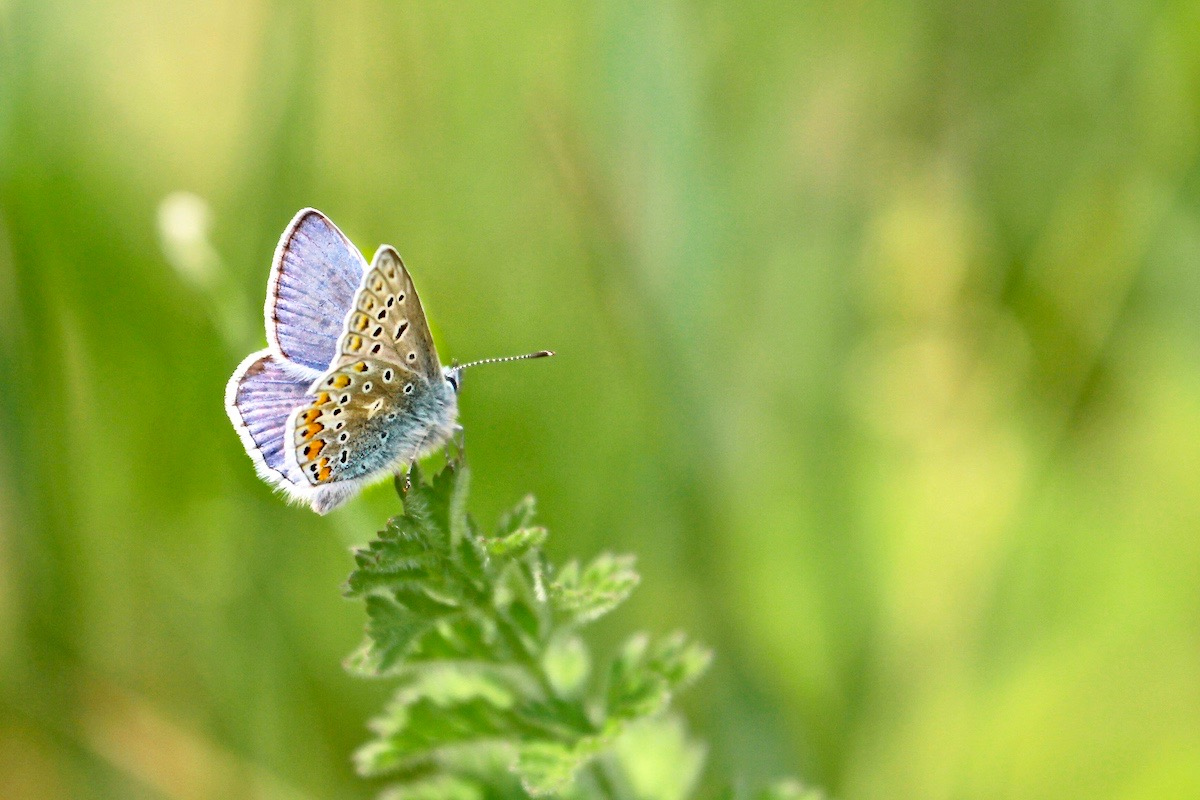 I know the criss crossing tracks and trails like the back of my own hand. I know the seasons and the bloomings of everything that thrives here; every tree and plant, every bird and small creature. But I also know that I will never come close to unraveling the infinite mysteries in the place.

Every day, as I decide to begin afresh, I walk. We all do. At first we are restricted to a 2k limit. After a few weeks we are allowed 5k. The outer world shrinks yet expands. I go from watching a wood mouse and a bank vole tussle over some spilled bird seed, to pursuing the latest political developments and Covid 19 updates from afar. 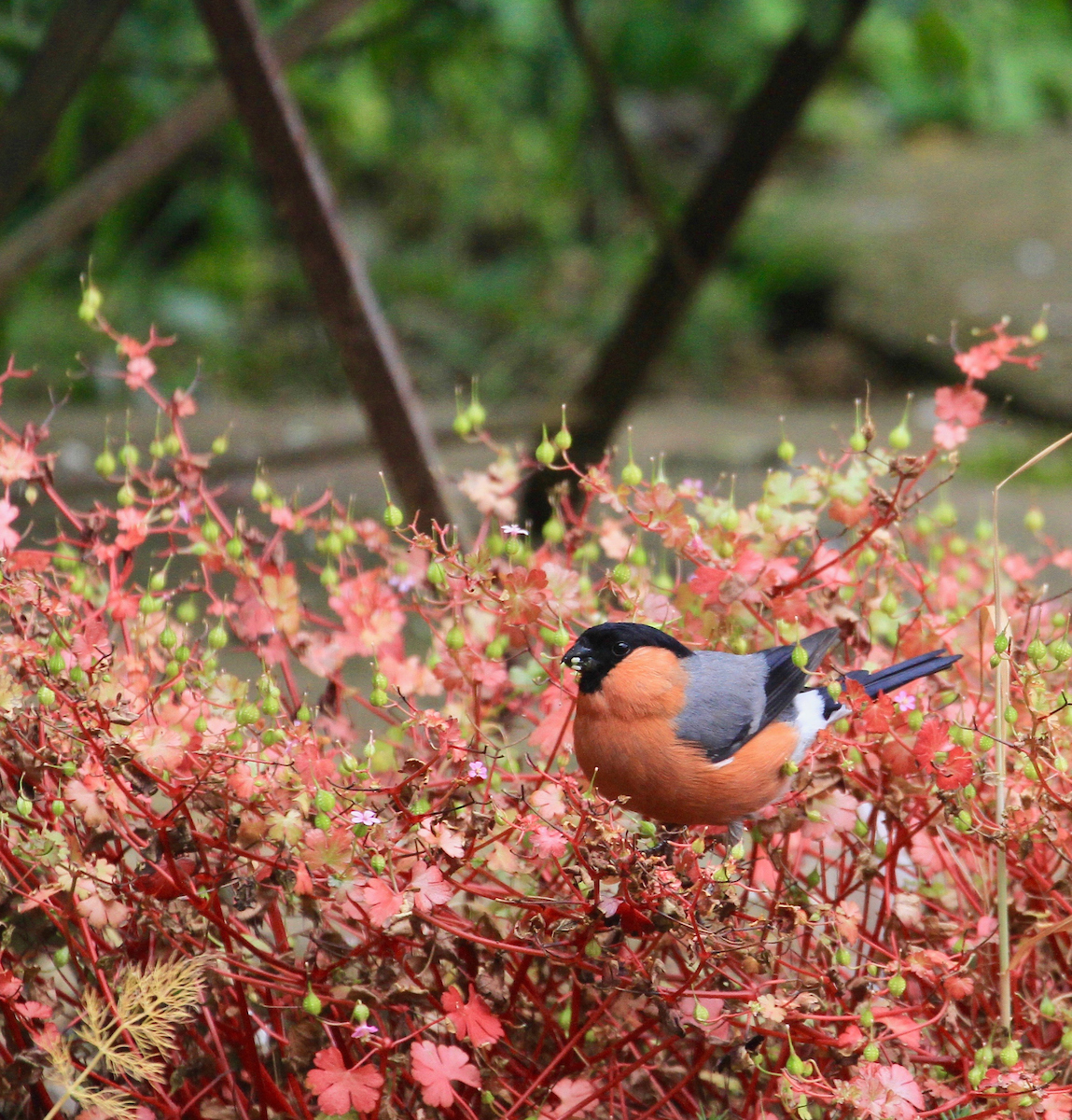 Every morning, birds gather; tits wait at the feeders, chaffinches cheekily boss them around, a robin family with speckled young lines up on the branches overhead. A family of collared doves competes with nesting starlings for roof space. Buzzards are resident here for the first time. Their monotoned whistling starts at dawn.

At the kitchen door, a regal cock pheasant patrols. Sometimes pheasants will tap at the window or go into one of their dramatic and loud displays. Even the shy hen pheasants eat seed from our hands. They are interlopers bred for shooting, hiding out in our long grass. 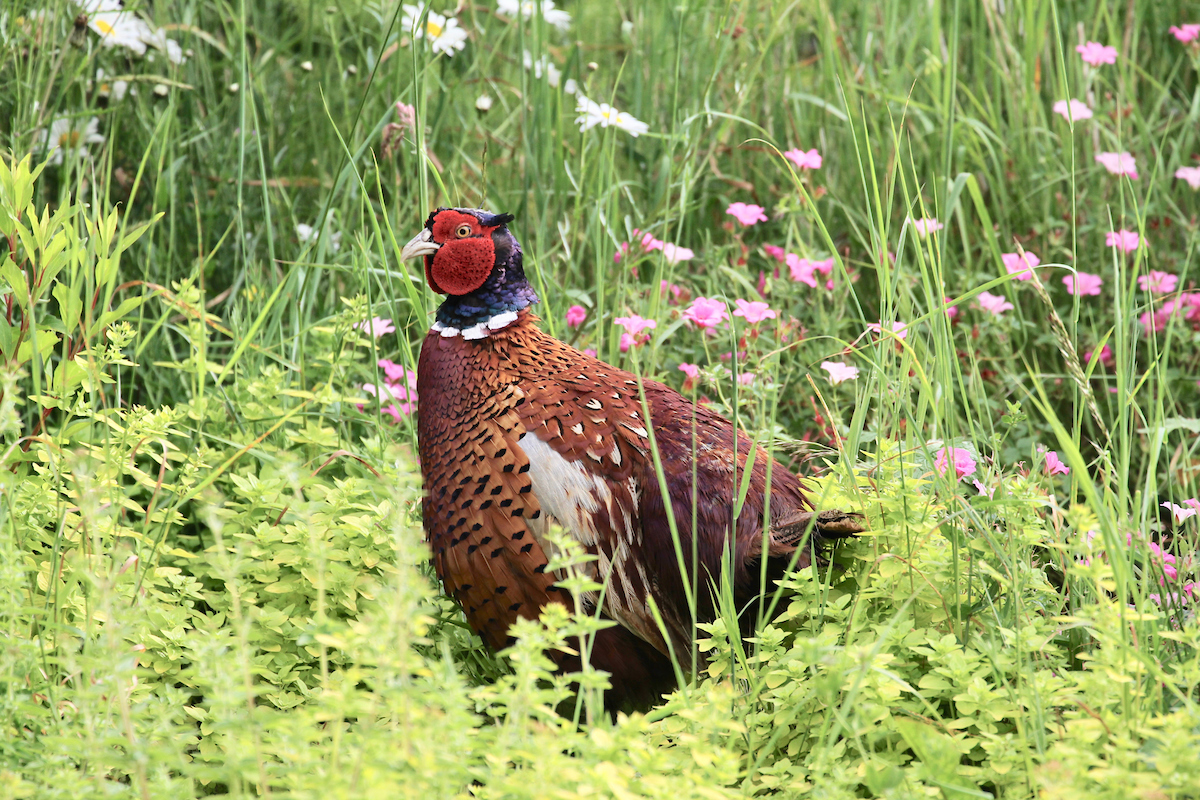 During the morning we are at the lake edge in the midst of fragrant meadowsweet and damselflies. It’s a wild and deserted place to swim. Not many do it. They believe the lake is dark with mystery and danger. Maybe this is because Ballyscanlon is 90 metres deep at its centre. If only they knew the scent of wild mint underfoot and the playful butterflies that feast on their flowers. 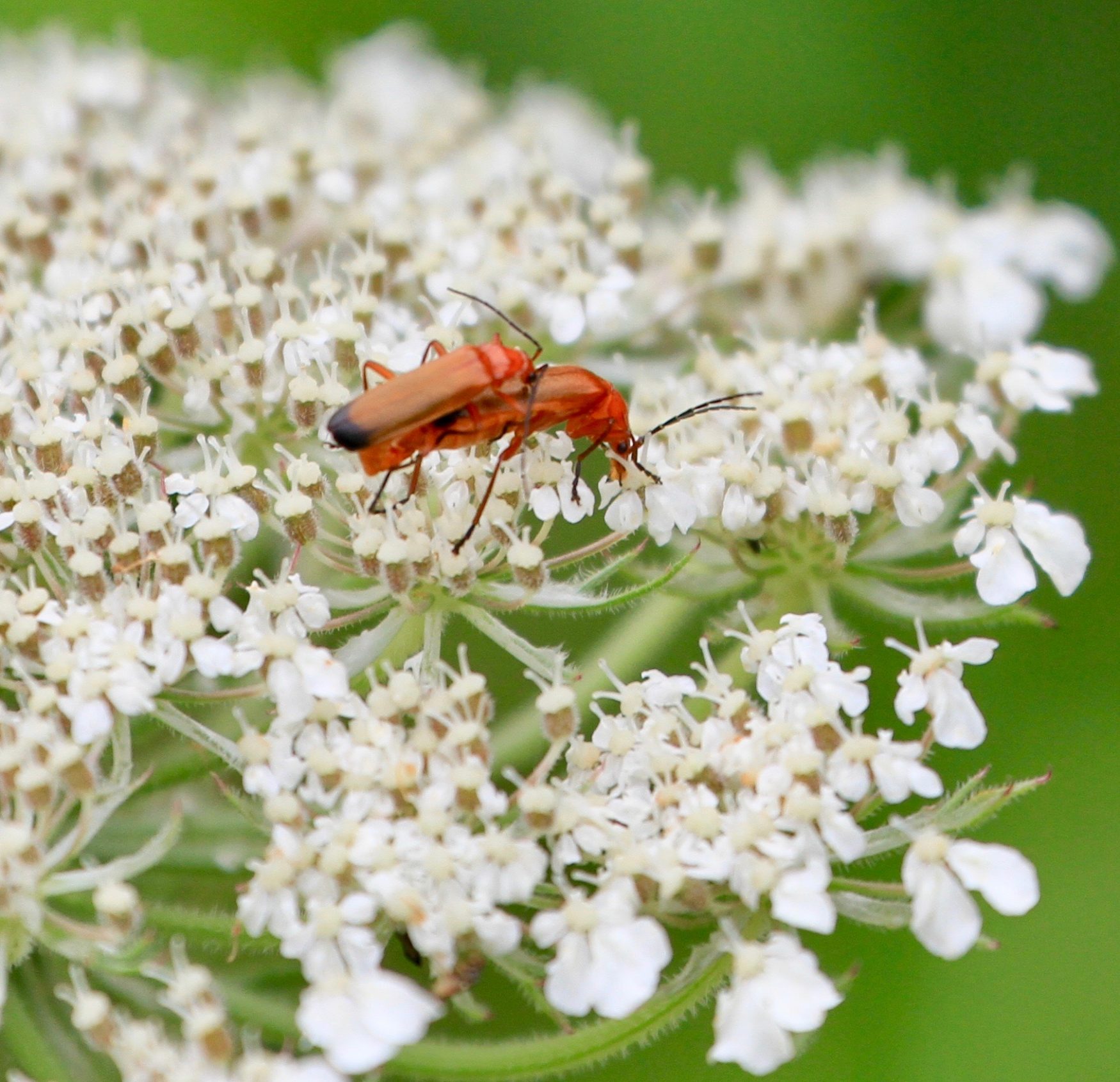 Afterwards, on the path home, there are scarlet pimpernel and blue speedwell flowers on the verges. Two bonking soldier beetles are slivers of russet orange on the creamy yarrow. Honeysuckle, called woodbine around here, sweetly drape over the hedgerows. 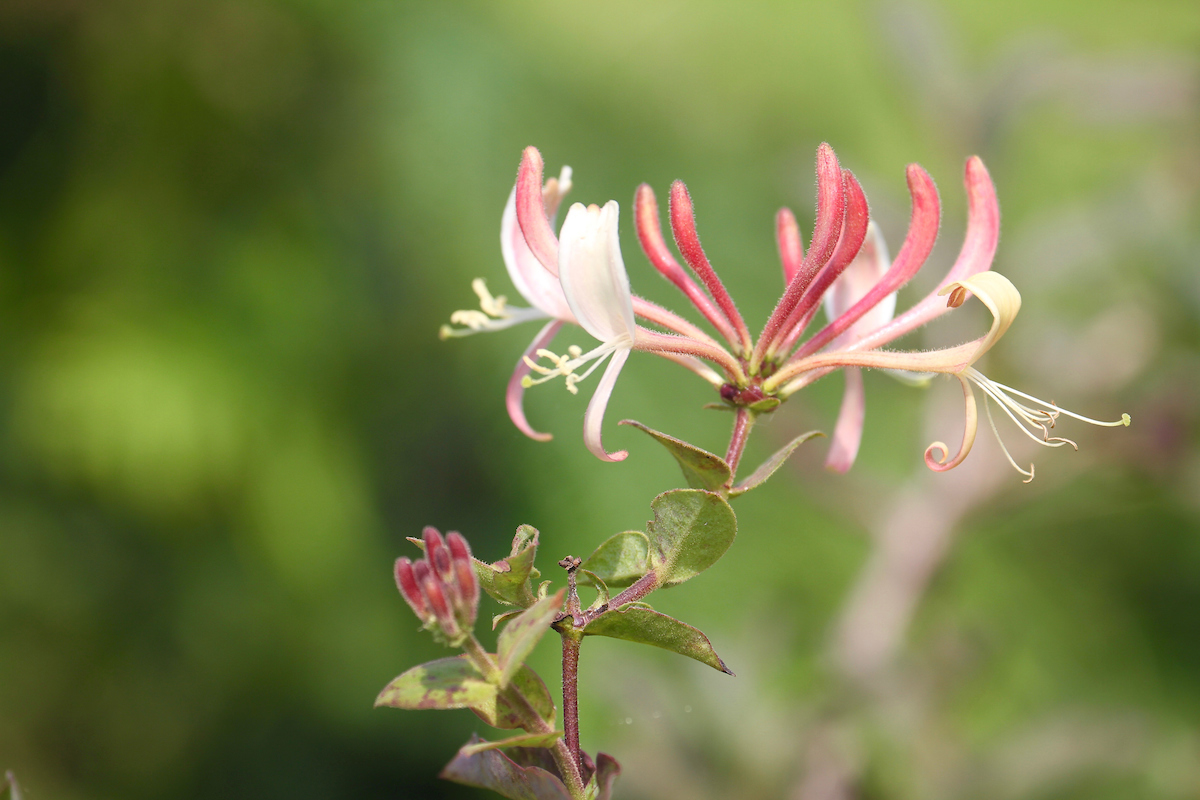 Tracks meander around the lakes and the hills. At the very top of one hill you can look down on the sea at Tramore Bay. From the other, you look down on a pig farm. Sometimes, when it’s quiet, I hear pigs squealing. Pigs are not stupid animals, it’s we who are stupid. I am known to rant that this pig concentration camp is to remind us all about what’s going on out there “in the real world”; just in case anyone forgets about the complexities of modern life.

As Spring turns to Summer, foxgloves with their faery hats begin blooming in magical drifts. I wallow in them for weeks. Bees are besotted too and creep up into the flowers, leaving nothing but their footprints inside. I am a child again and want to wear one of those flowers as a hat. 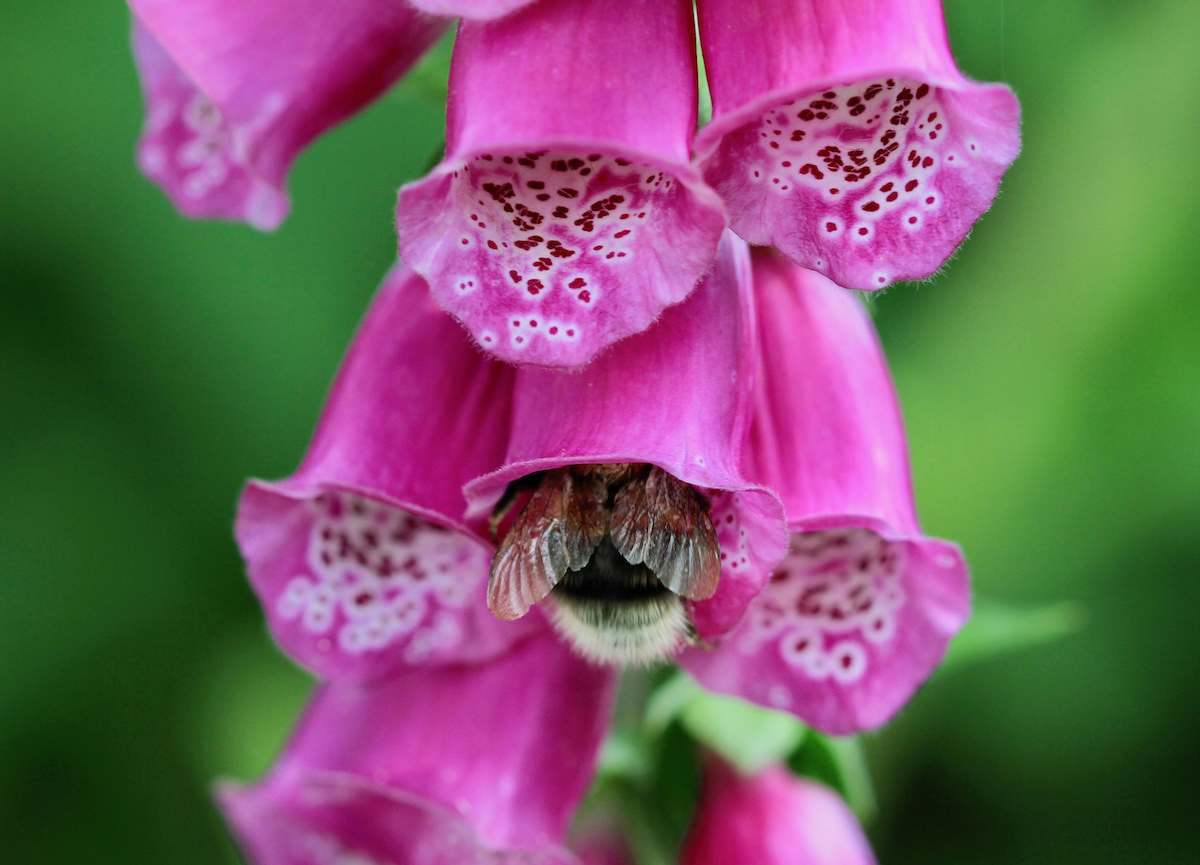 Bees leave nothing but their footprints

I photograph these glorious foxgloves endlessly; in early morning light, in shadow, in rain. It doesn’t matter how often. Light finds their translucent petals and illuminates their shapes and their layers.

Underneath the foxgloves tall daisies grow. Selfheal unfurls in the next layer under the daisies, and somewhere at the very bottom of this vegetation, silky mosses cling.

Then, just as I thought I had seen everything, I spot a pine marten for the first time. I knew it wasn’t a mink. That dastardly yoke and his mate had killed five baby rabbits in front of my very eyes one day last year. Even though we tried to shoo them away, they persisted until every last one was taken. (Afterwards, I tried to forgive the minks. Maybe their youngsters were starving?)

Later I very excitedly told a friend and sent her a photo of a pine marten I had sourced in a reference book. Only one of only 2,700 recorded in Ireland, I gloated. She immediately pointed out the grisly sharp looking claws. Pine martens are also serious predators.

Since the lockdown young people have been roaming like lost tribes across the land. Unused to these limited and endless days, they have taken to building fires and gathering on the hills. As usual, like primitive humans before them, they leave their mark behind. Eventually the forest catches fire and yet again the hillside is blackened and charred.

They remind me of how 40,000 years ago, in a cave in El Castillo in the north of Spain, someone decided to stencil her own hands onto the walls. When I saw the resulting art last year I instantly recognised that impulse and mood. So I paint onto my own cave wall; watercolours, photo images, words, close encounters and all the space in between.

I am sorting a collection of random finds; pebbles, petals, twigs and old paints. Sheafs of thick paper become Covid like orb paintings, with spindly arms and legs. Dozens of tiny sketches and images are emerging like the unruly spores used to illustrate the virus.

In the evenings Ballyscanlon turns towards the western sky. Neighbours gather at the top of the hill. “You wouldn’t get the likes of it in Killarney” one says, gazing out over the wide valley, nothing between us and the foot of the Comeraghs. We gaze in silence as the sun goes down. 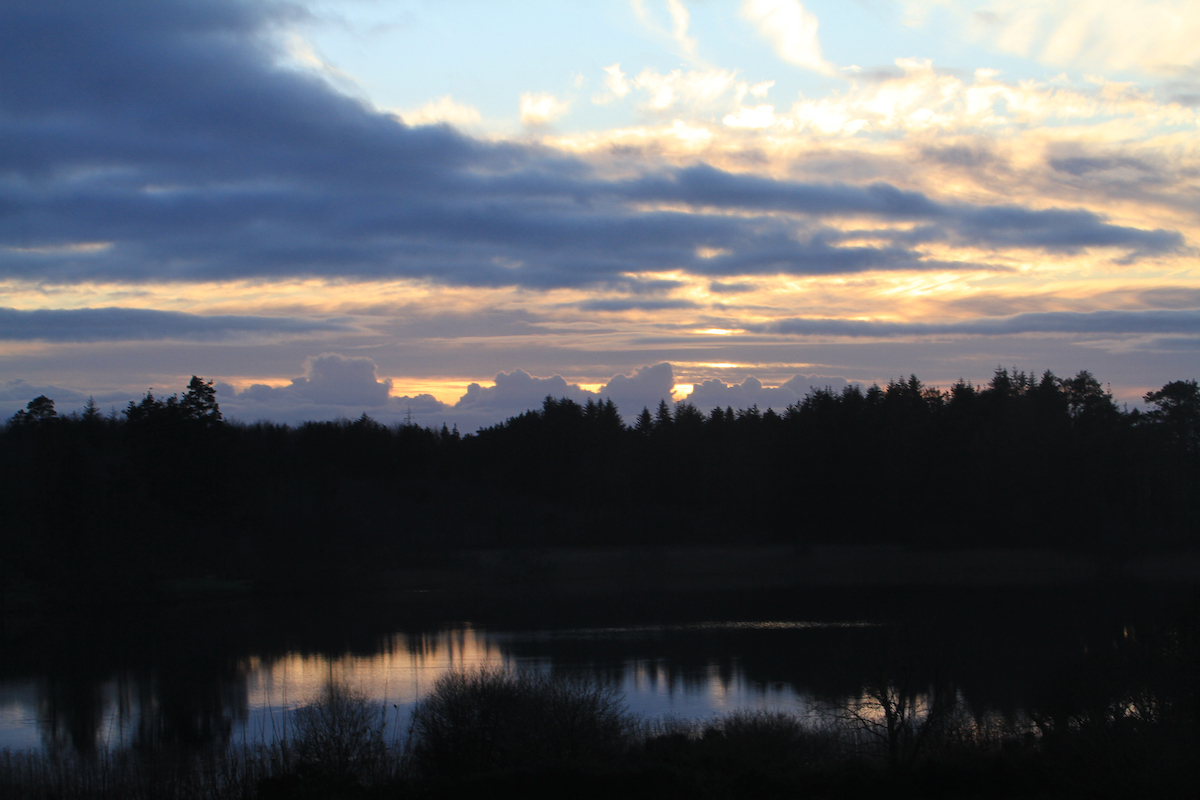 Clarissa Pinkola Estes once said, there is human time and there is wild time. Here in this limbo between worlds, there is also lockdown time. We are changed. We watch the sun go down but we don’t have much to say.

Now that the golden gorse has given way to bramble blossoms, swarms of local honey bees are thriving on them. The summer sounds of their buzzing reassures. 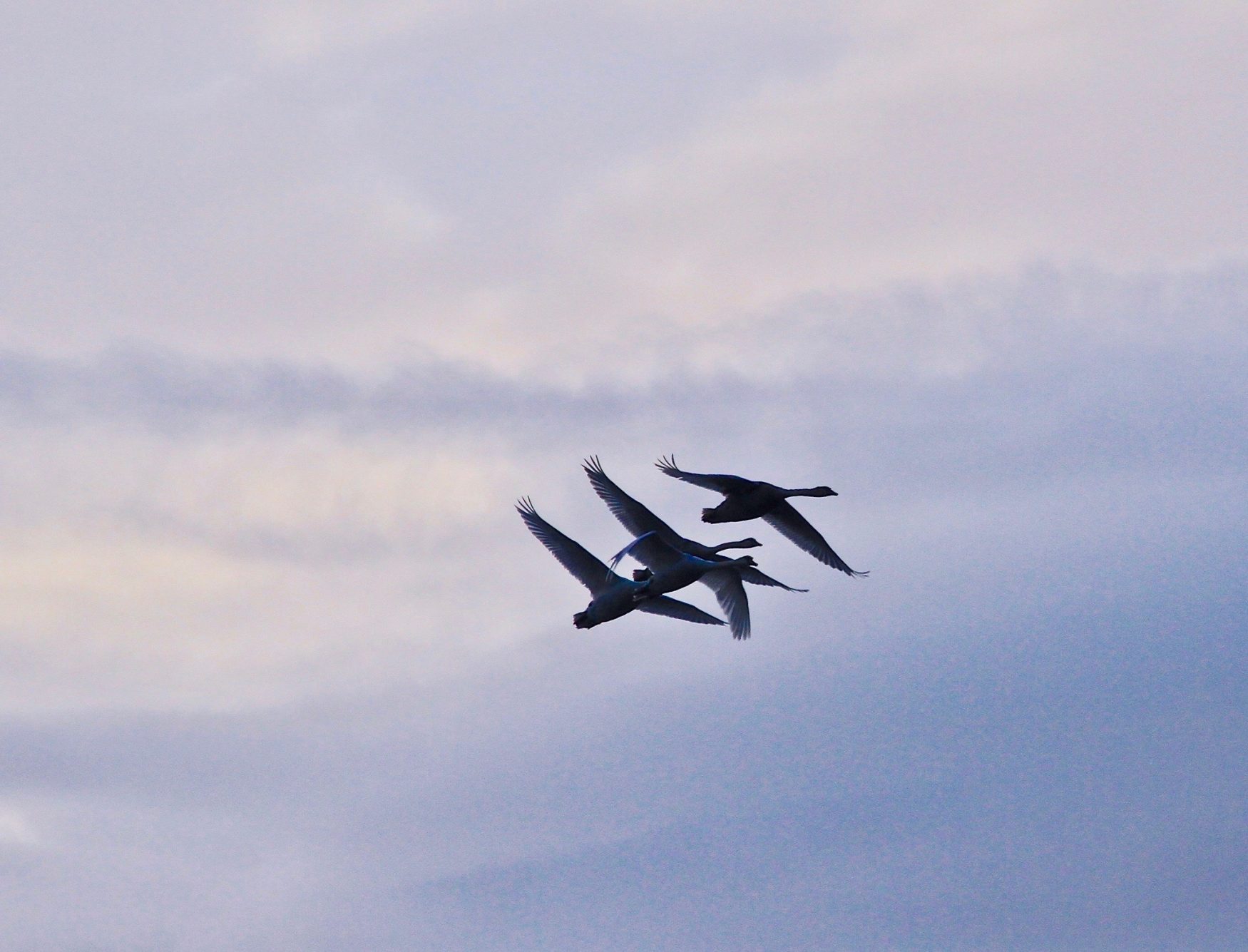 Sleeping is easier now in the silence. I remember our first night here, when the hush of the land became a loud throbbing in my ears; when a hare and three leverets paused at the window in the moonlight, when three swans rose from the lake and circled past us, their wings flapping loudly.

Where every morning we awaken. We begin again. And again. 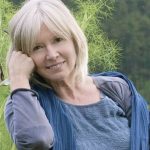 Catherine Drea lives in rural County Waterford. A graduate of the National College of Art and University College Cork, she is a contemplative photographer, a committed rewilder and a columnist with the Waterford News and Star. Blogging since 2011, she has won a number of awards including the 2018 Irish Blog Award for Photography. Also an experienced facilitator, she founded Framework (1994-2019) a non profit organisation supporting community development and ethical leadership in Ireland. Catherine is currently a Board Member of the Waterford Healing Arts Trust. She blogs at www.foxglovelane.com