Back in the early days of professional baseball, Lowell produced a star catcher named William “Billy” Merritt. William Henry Merritt was born in Lowell on July 30, 1870 to William and Mary (Cleary) Merritt who were Irish immigrants. He attended Lowell schools and the College of Holy Cross where he excelled as a baseball catcher. He was on the first Holy Cross team to defeat Harvard in 1888. 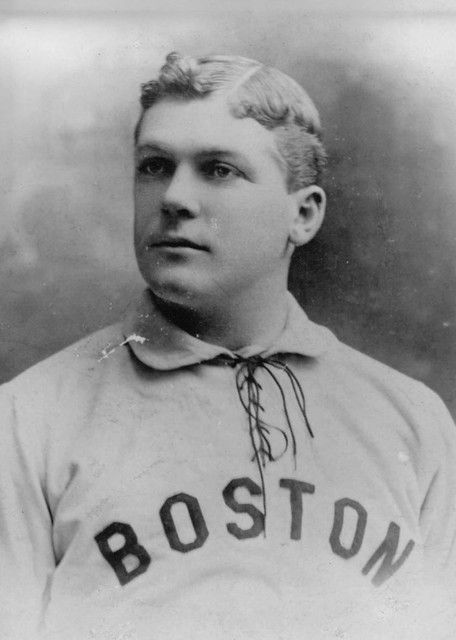 He was a mainly a catcher but he played many infield positions. He was a pretty good hitter for a catcher. He was 5’ 7” and was a righty batting and throwing.

After college he played semi-pro and professional baseball. His first two years of semi-pro ball were with Mount St James. Then in 1891 he played for the Chicago Colts, 1892 the Louisville Colonels, 1893-1894 Boston Bean Eaters, 1894 Pittsburg Pirates, 1894-1895 Cincinnati Reds, 1895-1897 Pittsburg Pirates, and he finished with the Cincinnati Reds. He spent nine years in the majors – all for the National League.

In 1893 the Boston Bean Eaters won the championship. This was the equivalent of today’s World Series, and Billy Merritt was always considered a world champion. 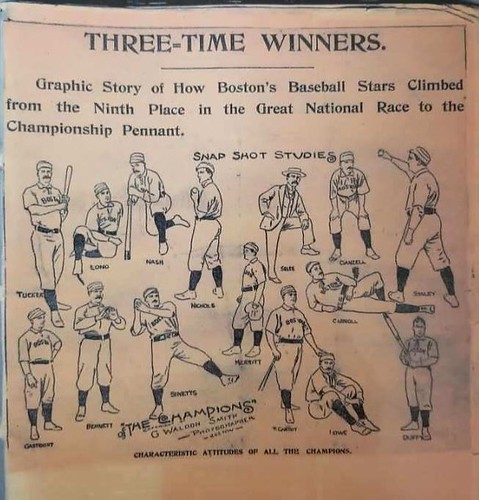 After his retirement from playing he was a coach in Calgary, owner of a semi-pro Lowell club in the New England league, and a scout for Boston teams. When he returned from Boston on the train to Lowell he brought a bag of baseballs and would hand them out to kids on the train. 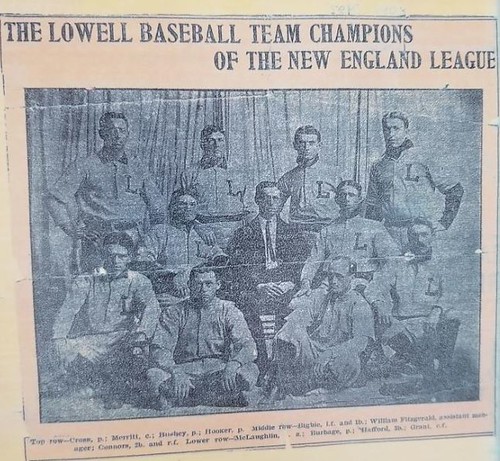 He died November 17, 1937 at St. John’s Hospital at the age of 65. He was survived by his wife Nellie (Riley) Merritt who he married in 1897, his two sons, Francis Merritt and William Anthony Merritt and four grandchildren William F Merritt, Barbara (Torpey), George Merritt and Margaret (Loucraft). His descendants continue to live in the Greater Lowell area today. We believe that he is the only man from Lowell to have won a world championship in baseball.