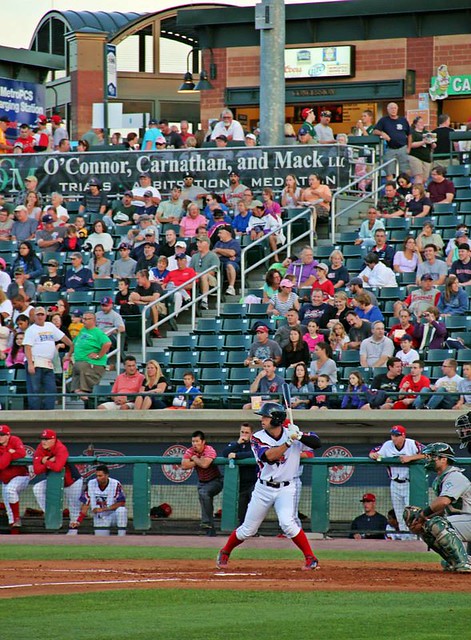 Baseball By The Numbers

A Confession By Jerry Bisantz

I admit it. I am bad at math. So, why do I love baseball so much? And, please, don’t give me all that Kevin Costner “Field Of Dreams” playing catch with your Dad poppycock. Anyone who really knows baseball knows “Bull Durham” was a better baseball film (Costner in that one too? Go figure!)

So, then, why do I love and miss this game so much? With all those statistics, why does someone who struggled with geometry, calculus, and algebra love this crazy game?

I recently went on MLB.com to look up the myriad of statistics that modern baseball has acquired. WHIP (Walks and Hits per Innings Pitched), OPS (sabermetrics for On Base Slugging Percentage), RBI (if you don’t know that, please skip this piece!  They go on and on. Some of the new stats are mind-boggling.

Then, there is the randomness of each individual ballpark’s dimensions that adds so much to the game. Fenway has the Green Monster and an actual ladder to contend with, allowing the ball to bounce anywhere it pleases. The Cubs play on a field that has ivy covered (gulp) brick walls… God help you if you run into that chasing a pop fly. Each Stadium adds their own little touch to their field. A long out in right field in Fenway is a cheap home run at Yankee Stadium. Sox fans sure know that.

These days we have stat geeks who set up online baseball teams filled with players from every single team, basing their “casting” decisions on nothing but statistics from previous years. These “fantasy leagues” are extremely popular, causing many of the computer players to have no real team to root for.  They pour over the next morning’s statistics to see how “their” players fared. If their lead-off hitter plays for the Phillies, so be it, if their second baseman plays for the Dodgers, that’s fine.  All they care about are the stats.

I am here to tell you that is bull. Not having a team to root for? Unthinkable! And now you know why I hate math!

Recently there was a film about a team with an owner who hired a local computer geek to put a ball club together based on statistics alone. No “gut” feelings, no reason to delve into the acquired knowledge of his team’s older, experienced professional baseball managers. The hell with these old men who have spent their lives judging the abilities, the heart, the soul and the real worth of a player. Their net worth was steamrolled, ignored and left in the dust, all to worship at the altar of statistics. The film was called “Money Ball” and I could not help rooting for that team to fail. The owner is a man named Billy Beane, who to this day owns the Oakland Athletics. Do you know how many World Series’ they have won since his wonderful concept? Zilch. Nada. Zero.

Thanks Be To God.

The thing that makes baseball great is that, despite being a team game, it is one of the most individual games ever devised by man. You can have a collection of the greatest athletes to ever put on cleats, but it still comes to a pitcher, 60 ft, 6 inches away standing on a hill, who wants to fling a 97 mph fast ball right by you as you attempt to hit said ball with a circular shaped bat right down his throat. A man stands at first base, and the entire stadium knows he has to steal second for his team to have any chance at all in the bottom of the ninth… talk about drama?

I know the game takes too long. I could do without the spitting, the scratching, the arranging of the batting gloves after every pitch (thanks a LOT, Nomar!!!) the pitcher taking over 30 seconds to throw the ball again. I truly believe that these things must change. I know that young people are moving on from the game. Perhaps that is why these computer geeks have their little teams that they manage. In this online world it might be the only way they can stay in touch with the game.

Yet, in a way, the pace of the game is one of the things that appeals to me. Hearing a favorite announcer’s voice over the radio or television is a wonderful liniment for the soul. I know these guys. These are my guys. I invite them into my car, my living room. And when they are not there I miss them so. The slow pace of a game in the regular season is the very thing that makes your stomach twist in agony during the playoffs, building incredible tension.

And, where will that ball go? Anywhere! A hard shot can land in a glove, a bloop can make you a hero with a heroes’ welcome at home plate, with grown men acting like excited children throwing ice buckets, and jubilantly carrying him off the field.

It’s not the Math, dear reader; it’s the randomness. That is what makes baseball so great. That is why I watch.

Ya neva know what will happen next.

2 Responses to Baseball by the Numbers