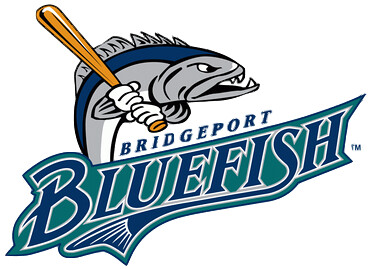 One dark night in my junior year I sat up in my bed and declared, “Since coming to college I’ve lost all interest in baseball whatsoever.” This was reported to me next morning by my roommate. I had no recollection of the incident.

It was an odd statement to make. For one thing, I was in the midst of a winning season as the number two pitcher on the college varsity team. For another, I loved the game. Always had. In retrospect I wish I had loved baseball a little less and loved the learning I was supposed to be doing a little more. I did manage to graduate (B.A. History), but the degree was almost incidental, like a sales flyer tucked into a bag in a store where you’ve gone shopping. From a career standpoint, after college, baseball was pretty much through with me. Perhaps that’s what the dream-time declaration had meant.

I played a few seasons in a semi-pro league, but it was more effort than reward, and the business of making a real living took precedent. I taught high school history for a while and was the school’s assistant baseball coach, but like that flyer in the shopping bag the experience didn’t offer much I really wanted, and after a few years I left teaching and, through an acquaintance, I got a job in food sales.

These days I own a small meat and provisions business, selling to delis and sandwich shops in Southeastern New England. Do I love what I do? I do not. But it pays the bills; I have the normal expenses, plus alimony to two ex-wives and tuition payments and season tickets to the Red Sox, though admittedly this last is less out of lingering enthusiasm for the game than a marketing tool for clients.

As I’ve come to see it, where life passions are concerned there are three types of people. Those who gradually lose interest in a thing—a hobby, a job, another person—and drift away, then kind of keep on drifting. Me from baseball, for instance (and my two ex-wives would say from them).

The second type person is like my friend Emily, who in graduate school was avid for the work of Virginia Woolf. Emily was all Woolf all the time—even named her two cats Hugh and Clarissa after characters in one of Woolf’s novels. Emily had a tenure-track position at a university, writing her scholarly articles, going to London each summer for research, even serving as a consultant for a Hollywood movie. Then, almost like that scene in Forrest Gump (where Forrest, after running back and forth, back and forth across the country, one day simply stops), Emily quit. She took a job at Radio Shack. Now she writes marketing copy at Raytheon and loves it. Her favorite writer is Charles Portis.

The third type is the person who discovers that thing of great interest and, bang, that’s it forever. There’s a man I run into when I’m making meat deliveries in Bridgeport. We got talking one day and found baseball in common. He’s 73, a leathery old guy with a hearing aid and mouth like a tobacco pouch and teeth to match. He works with the Bridgeport Bluefish team now, but for the past five decades he’s been in baseball, much of it as a player and then coach and a scout in the Phillies organization.

“It’s pretty much been my life,” he says, “and I do love it.” Which comes across in the stories he shares as I linger over a third coffee to hear him.

He remembers the days when the shoes had actual steel cleats, and he’ll haul up a pant leg to show the scars. He tells of his life. Some of the best of it was when he was in Utica, managing a team, when bumping chests with the umpires, spitting, and kicking dirt were all part of the show. Juicing? Sign stealing? He shrugs. He laments the game’s old sense of honor passing but chuckles as he recounts stories and in that laugh I hear the joy of a person who’s spent his time doing what he likes—or maybe it’s liking what he does.

Then it’s time for me to go, to lay down tracks to a customer in Providence I’ve got to see. “I’ll catch you next time,” I say.

Then I’m off, hurrying to my next call, already a little behind on my schedule and having to get a move on, heading north on I-95, coffee churning acidly in my gut, and kind of wondering: Where’d I make the wrong turn?