We asked occasional contributor Paul Hudon of Lowell if he would consider sharing entries from the diary that he keeps. In this extraordinary time, we’ve seen other publications whose editors are encouraging certain writers to keep a journal or diary about the virus crisis with observations, reflections, reports on their activities, comments on the news of the day, etc. This kind of personal writing is immensely valuable to historians. And Paul is an historian and writer who grew up in Lowell and built a career as a scholar and teacher and later a museum professional aside from doing other kinds of community work. We appreciate his willingness to share the pages of his ongoing diary.—PM 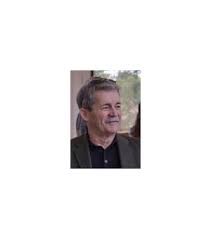 Diary in The Time of Coronavirus

This Monday, the 23rd, marks the 23rd anniversary of Midsomer Murders. It is tailor-made for binge-watching in the time of coronavirus. In terms of scripts, it’s nothing so good as Inspector Morse, but several cuts above Rosemary & Thyme. Middlebrow, then, far as Brit mystery productions go. Characters tend to be of the cut-out type, but the stories do keep moving, with a turn of events nicely paced like a fresh start. You get a re-think just when your attention starts to wander. Best part: The scenery. Midsomer is a fictional county in England where the villages have florid names. My favorite is Badger’s Drift. The people live in fabulous houses: vine-covered, mullion windows, thatched roofs, exposed oak beams. Houses that would cost you four or five million (pounds or dollars). And a lot of the furniture is at least two generations old. We’re talking families, lineage. There are exceptions to this. Once or twice I’ve watched an episode where a band of roma or some such is camped outside the village. Friction results. Worst part: The g.d music. Somebody on that production staff has serious jones for brass. It’s loud, incessant, irritating. The opening theme is played by a theremin. Enough said.

Twenty-three years is not quite a record in the UK. That belongs to Doctor Who which ran from 1963 to 1989, three years longer than MM. Here in the States, Gunsmoke ran from 1955 to 1975, three years fewer. You get bored, you could take up the mysteries of numerology, conjure with that for all of ten minutes.

A toast to Midsomer Murders, episode 126.

“I’m going home and sit in a corner where I know everybody.”

Here’s irony for you, on an epic scale: The experience of social distancing will remind us that bonding is fundamental to being human. Experience is the operative word: embodied learning. Downright somatic training. And the scale is epic because our coronavirus experience is sure to divide time, BC from AC. Nothing Will Ever Be the Same Again, again.

For thousands of years homo sapiens has experienced pandemics such as the one visited on us now. But over the last century or two we’ve progressively clarified our knowledge of how this happens. As our grip on how has improved, the why of events has been restructured. Divine agency has been crowded out. The off-planet Minder has been left behind.

Why and how have become interchangeable, though Why is still preferred in our common speech when it’s How that really captions what we know–‘‘Why are there so many traffic accidents at this intersection?’’ ‘‘Why do giraffes have such long necks?’ We use Why as the equivalent of How does it happen that. This habit of mind throws us off the scent.

This pandemic is an opportunity for us  to shift our sense of location, to rejoin the original world wide web. To survive we’ll need to get real. We need to assume a radically biological predicate. Which is how it happens that le trompeur is in the way. Le tromeur is all about self, exactly what we need to leave behind.

Well, it’s a done thing. Grocery shopping has been accomplished.

Haven’t been out of the bldg. since Thursday the 12th. Two weeks exactly. First stop, Speedway, corner of Wilder and Pawtucket, taking the detour. Left onto School etc.  The bridge over the Pawtucket Canal won’t be finished for another year, into 2021. Don’t expect to get there.

I do get to Speedway, five a.m. Down Wilder, to Pawtucket. Looks like Hopper was here before me. Artificial light draws the scene out of nowhere, the river just barely there. A surface, at the top. Verlaine’s toit tranquile.

Half ’n hour later, 5:35, I check the time as I arrive at Sunrise Plaza, Bridge Street. People. Jesus! People moving about. Few, not one out of ten, are wearing masks, but almost all of them wearing gloves.

I do it. Do the whole list except for my brand of coffee (Bustelo) and paper towels (nothing but twelve packs; not ready for that). Otherwise, I score.

Check-out. Trouble. After several attempts w/ my TD card, I’m told that payment is “declined.” I gno for a fact that there are more than enough $$ in that account. Market Basket offers to hold my cartful ($120.93 worth) while I figure out how to pay for it. I call the magic phone number on the back of the card and I’m told there’ll be a wait. It could be a long one.  Brainstorm: I drive straight down Bridge to Merrimack, bang a right at Kearney Sq. and a left onto Central, another right onto Middle and there I am at the ATM, corner of Middle and Central, where I take two hundred, and return pleased as hell with myself and pay cash for my groceries. Got milk!

Now we wait and see if I’m incubating.