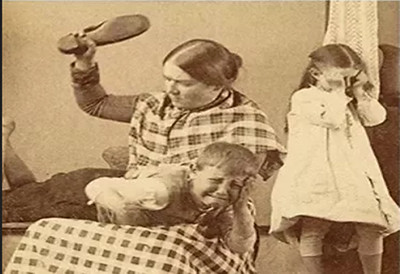 In a recent Boston Globe editorial (“We asked every Democratic presidential candidate the same reader question,” Feb. 25, 2020) each of the candidates competing for the Democrat Party nomination listed their top policy priorities. For most, the climate emergency topped the list, along with providing affordable healthcare for all and addressing economic injustice. These priorities, once seen as radical and beyond the pale when Bernie Sanders heralded them during the 2016 election are now considered mainstream priorities supported by the vast majority of voters.

Four years later, however, there is a similar kind of pushback. This time Bernie’s approaches to these issues are seen as too radical and divisive. His opponents try to brand him with the scarlet “socialist” epithet to scare voters and conjure images of the US becoming another Cuba, Soviet Union or Nicaragua. But Sanders is not threatening to kick America’s golden child Capitalism out of the house. Instead, he is wagging his parental finger at the rascal’s incorrigible greed and shameless deception.

If only the majority of American corporations followed the example of Lowell’s model citizen Arty Demoulas and the way he runs his successful, private, non-unionized company, we wouldn’t be in the kind of situation that these ruffians of the fossil fuel and pharmaceutical industries have put us in now. Market Basket uses its profits to reinvest in its operations and employees’ pension plans. The company has worked hard to earn the respect and loyalty of its employees and customers. It provides a good product at a fair price and supports local organizations to build stronger communities. We saw American capitalism at its best back in 2014 during the worker-led protests that supported him when he was almost taken down.

It is just the opposite with these spoiled kids who live on Wall Street and use their extravagant trust funds and huge allowances to buy back their own stock to inflate the price and keep the favor of their avaricious shareholders. Meanwhile, their companies’ production and innovation lag behind and their employees’ wages remain stagnant. These rich kids hire expensive lawyers, publicity firms and lobbyists to buy our lawmakers and mislead the public, telling us that the existential dangers of opioids and carbon emissions simply do not exist.

Until these corporations learn to behave more like Market Basket, we need policies that punish criminal corporate conduct rather than reward it. This is no time to spare the rod on these spoiled children. Another way of looking at Bernie’s so-called “socialism” is simply “good parenting.”

One Response to George Chigas: A Local Perspective on National Politics