Making Peace with the Duke 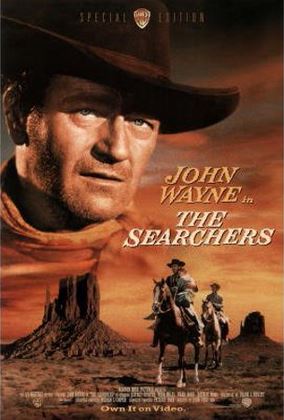 TCM was running a John Wayne retrospective, and Lacey, the bartender, had it on the TV. “Isn’t there a Bruins game?” I asked.

“What, you got a problem with the Duke?” someone on the stool to my left said.

He had shoulders you could’ve parked cars on. A wedge of gray hair angled down toward bristling eyebrows.

“It’s what?” There was a whiskey-edge on his voice.

“He’s got an acting style I’m not big on,” I said neutrally. “It seems mannered.”

The guy looked at Lacey. “You catchin’ this?”

“Yeah.” Lacey had her arms crossed, staring at me as if I’d said I peed sitting down. They were waiting for me to explain. I could’ve smoothed things by offering that maybe some John Wayne films were okay, or that The Quiet Man was my dad’s favorite movie . . . but the thought of Wayne had touched some nerve.

My distaste for the actor went back years, back to my army basic training days when the rifle instructors used to rag us. “Don’t John Wayne it, trainee.” Their way of saying don’t try to look heroic and phony. Theirs was a scorn bordering on disgust. Wayne was a showoff, in their view. His characters were headstrong and brash and full of a bullshit braggadocio. It was there in films like The Sands of Iwo Jima and The Flying Leathernecks and the truly crappy Green Berets. And the fact that the Duke never served really galled those sergeants, made it feel like chickenhawk chickenshit.

Hell, I wasn’t much of a soldier myself. No, my brief against John Wayne was his acting. It never felt true to me. Even his character in The Quiet Man, although leavened by touches of sympathy, loses my vote when he starts beating on Maureen O’Hara. More, I sensed something slightly girlish in his persona—the little fits of pique, and the swagger—“Don’t say it’s a fine mornin’ or I’ll shoot ya.” He had a kind of self-satisfied, stiff-hipped waggle, as if his having been born Marion Morrison left a mark that could never be effaced, and that the same star-maker machinery that lathed Archibald Leach into Cary Grant, or Roy Scherer, Jr. into Rock Hudson wasn’t quite perfected. “Take it easy there, Pilgrim.”

Then, some years ago, I was on vacation in Hollywood, and on the Walk of Stars outside Grauman’s Chinese Theater I saw where John Wayne had put his hands and his feet in wet concrete. I had to look twice, and read the name again. The prints were smaller than I’d expected. I put my own hands and feet in for comparison, and I had a sudden illumination: Duke Wayne’s feet and hands were no bigger than my own! And therefore, I realized, his life forces were not bigger, either!

This was transformative. We were suddenly contending along a whole new power gradient. The Duke was just another mope, like me. Better known, certainly better paid, but take away the quick v. dead angle and we were more alike than different.

And that was why I had no need or desire to watch him on the bar’s TV now. It would be just a glorified selfie. Better to watch a game, where the outcome is uncertain. But there was no way to make this case publicly. Not in a room without allies and a few drinks in me. So I turned again to my neighbor. “Nah, the Duke’s okay,” I said. “The Searchers, all that . . . but we know how this one turns out, right?”

He looked at me, waiting.

“So what I propose is that we ask the congenial Ms. Lacey to switch the channel, and you and I have a friendly wager on the hockey game.”

I watched him turning this over. “I get to pick?” he grumbled.

“I got a tenski says Toronto mops the ice with ‘em.”

Lacey rang the bell and reached for the remote.

17 Responses to ‘Making Peace with the Duke’ by David Daniel