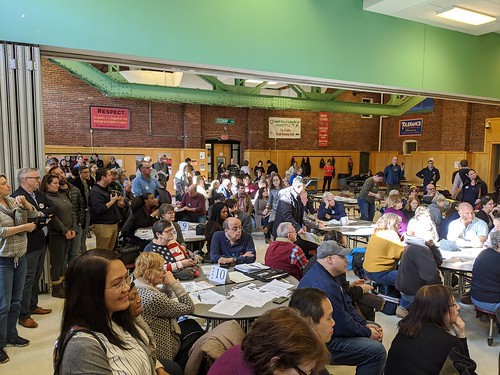 There is no City Council meeting this week due to school vacation so focus shifts to state politics today.

One U.S. Senate seat up this fall is the one now held by Ed Markey who was elected to that office in 2013 after a long career in the House of Representatives. Markey is being challenged in the Democratic primary for that Senate seat by Congressman Joe Kennedy.

The outcome of that race will be decided at the State Primary which will be held on Tuesday, September 1, 2020. However, to even appear on the Democratic primary election ballot that day, both Markey and Kennedy will have to each get the support of at least 15% of the delegates who attend the Massachusetts State Democratic Party Convention which will be held on Saturday, May 30, 2020, at the UMass Lowell Tsongas Center here in Lowell. Besides getting the 15% to get on the ballot, if either of them wins a majority of the delegates, he would become the “endorsed” candidate of the State Democratic Party.

Most of the delegates to the State Democratic Convention are elected at caucuses held this month and next. Today was the Lowell Democratic caucus. It was held at Lowell High’s Freshman Academy and was very well attended. Each of the 11 wards in the city conducts its own caucus. Each ward has a quota of delegates which must be balanced by gender. My ward, Ward 8, elects two male delegates and two female delegates. In almost all wards there were more people nominated than there were delegate slots, so each Ward held an election in which all registered Democrats from that Ward who were present could vote. 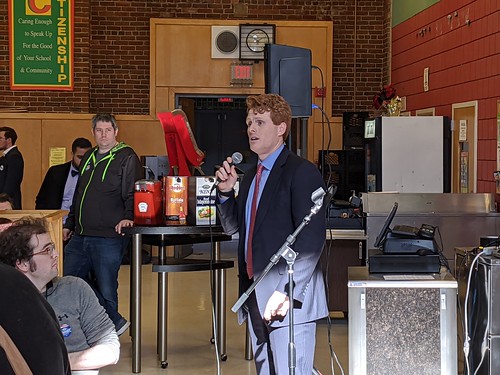 Prior to the nominations and voting, Congressman Kennedy addressed the crowd and then State Senator Ed Kennedy spoke on behalf of Senator Markey. 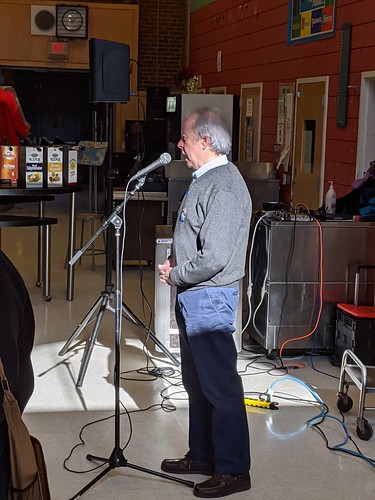 Although people nominated to run for delegate do not have to expressly state who they will support at the convention, most do and those who are really committed to their candidate bring enough friends and neighbors to provide them with enough votes to win the election. I don’t know what the Markey v Kennedy delegate count was citywide, but in Ward 8, all four delegates elected were Kennedy supporters, I believe.

Besides the delegates elected at this Caucus, there are others eligible to be delegates by reason of the elected office they hold (such as members of the state legislature). Also, there are “add on” delegates from certain categories such as youth, elderly, disabled and minority. People seeking selection in these categories must petition the State Democratic Committee which makes its selections.

Massachusetts will also hold its Presidential Primary this year. It is on Tuesday, March 3, 2020. Here are the candidates who will be on the Democratic ballot that day:

The deadline for registering to vote or changing party affiliation for the Presidential Primary has also passed (it was February 12).

This past Tuesday, February 11, 2020, was the New Hampshire Presidential Primary. Believe it or not, there were 33 candidates on the Democratic ballot that day. Here are the top ten finishers and the number of votes each received: