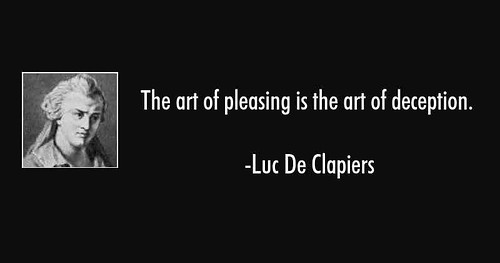 Seeing Through the Double Standard

The use of the double standard (in this case, when a state applies the rules of war differently depending on which side you’re on; but it also applies to multiple other contexts: personal, home sports teams, etc) is an age-old form of deception that temporarily conjures illusions of grandeur but ultimately undermines our ability to engage in meaningful dialog with our adversaries. It’s not difficult to see why we are so easily hoodwinked by our government’s use of this cunning slight of hand. The double standard inspires us to applaud our good behavior while simultaneously blinding us to our bad behavior (because it simply doesn’t exist) so we see ourselves as the ultimate “good guys.” Conversely, by focusing exclusively on our adversaries’ bad behavior and ignoring their good behavior (because it doesn’t exist), we see them as the consummate “bad guys.” Accordingly, the double standard affirms our moral superiority, precludes any serious use of diplomacy and creates the illusion that force is the only way forward. Historically, by the time we have seen through the state’s use of the double standard, it has been too late and the irreparable damage has been done. We saw this with the genocide of American Indians, when the double standard went by the name “Manifest Destiny”; with the horrific crime of slavery, when it was called “white supremacy”; with the forced internment of Japanese American citizens, when it was called “national security”; with the carpet bombing of Southeast Asia, when it was called “the Domino Theory;” etc.

This is the sorry show currently on full display in the US and Iran regarding the assassination of General Qassem Soleimani. From the American perspective, the double standard, under the guise of the so-called “maximum pressure campaign,” is being used to argue that Soleimani’s crimes made him an evil war criminal deserving of execution; while American war crimes, such as the murder of three Afghani men by Army officers in 2008, among other examples, were the patriotic acts of brave soldiers. (That is to say American war crimes in the Middle East don’t exist.) Similarly, the Iranian government uses its own double standard to argue that the assassination of Soleimani was an egregious American atrocity; while the war crimes committed by the Iranian-backed militias in Lebanon and elsewhere were acts of righteous heroism. (That is, Iranian war crimes in the Middle East don’t exist.) They can’t have it both ways. Both sides have historically done good things (militarily, culturally, politically, etc), and both sides have done bad things. Showing some humility and taking responsibility for your own wrongdoing, while recognizing the commendable actions of your adversaries, are necessary prerequisites for building the mutual respect required for meaningful dialog and diplomacy. Neither the American nor Iranian people should allow themselves to fall for this age-old slight of hand. The first step would be for us to refuse to accept the premise of their deception and let them know we will not be so easily fooled this time.

One Response to Seeing Through the Double Standard