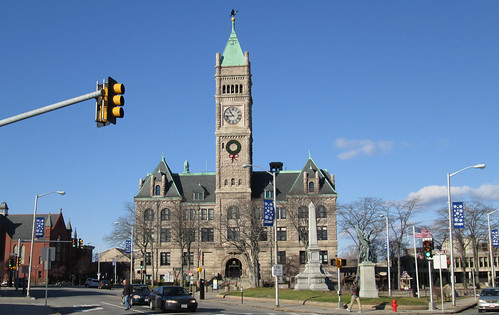 Two years ago eleven Lowell residents sued the city on the grounds that the current method of electing members of the city council and school committee violates the Federal voting rights act and the U.S. Constitution by diluting the votes of minority residents of the city. After many months of negotiations, the parties seem to have settled the case with the city agreeing to change the method of electing councilors and school committee members.

I say “seemed to have settled the case” because nothing is final thus far. Instead, the parties have agreed to several different electoral systems, one of which the city council will select in time for the 2021 city election. Here are the choices:

Hybrid: A hybrid system is a combination of district and at-large representatives. There are three hybrid options included in the settlement.

The “8-1 Hybrid” would have eight district councilors (with at least two majority-minority districts) plus one at-large councilor.

In both of these systems, councilors would elect the mayor from amongst themselves and the mayor would serve as the seventh member of the school committee.

The “7-2 Hybrid” would have seven single-member council districts (with two being majority/minority districts) plus two at large councilors. Under this system, the school committee would consist of seven districts, each electing one member. Although the council would still elect the mayor, the mayor would no longer be a member of the school committee.

At-Large Proportional Representation: This option would retain nine councilors and six school committee members, all elected at-large, but they would all be elected in a proportional representation system such as that in use in Cambridge. (In a PR system, voters rank order their choices with candidates with strong support from a smaller number of voters have a better chance of winning).

Combination: The city would be divided into three districts. Each would elect three councilors and two school committee members, however, they would be chosen by proportional representation.

As for the process of selecting the system that ultimately would be utilized, the current city council would have a “review period” in which to study and hold public meetings about the various options. However, the review period would be brief since the council would have to select two “finalist systems” no later than September 3, 2019. The council would then formulate two non-binding questions to be placed on the November 5, 2019 ballot, asking voters which of the two “finalist systems” they would prefer.

After the November 5, 2019 election but prior to December 3, 2019, the would select one of the two finalists systems to be implemented for the November 2021 election. Once this choice was made, the council would file a Home Rule Petition with the State Legislature which, if and when passed by the legislature, would enact the new system.