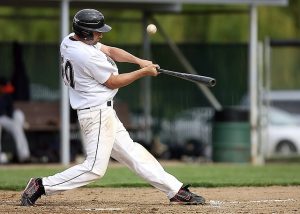 I’ve been watching baseball since I was old enough to follow the action. That’s more than 60 years. I played baseball and softball until I was about 40 years old. Now I’m like the person in the TV ad, a “professional baseball watcher.”

I admit that I can be a bit slow on the uptake for certain things, but I’ve got a suggestion for Major League Baseball:

Speed up the game by limiting the number of times in any one at-bat that a hitter can swing and tip a pitched ball or hit a ball into foul territory (pop up, fly ball, line drive, or grounder). My suggestion is that three additional tipped balls or hits in foul territory or out-of-play would equal one strike and count as a third strike when a batter has two strikes already. The batter then would be called out.

The out would be counted as a put-out by the pitcher, marked by the official scorer as “1 Unassisted” like a pop up caught by the pitcher. To score this new rule as a strike out would disrupt long-time baseball records for strike outs per game and per pitcher. Alternatively, it could be scored like an interference play with no fielding credit.

The rule now is to allow unlimited tipped balls or hits into foul territory whether landing in the field, in the seats, or out of the park. The exception is a ball tipped on a two-strike count and caught and held by the catcher. You’re “out” in that case. Foul tip caught for strike three.

My proposed rule would add a strike if three balls are tipped or hit foul after two strikes. Any time a batter is up at the plate, the first two tips or foul hits are strikes. This would allow only three additional tips or foul hits. Essentially, no batter would see more than eight pitches in any one time at bat. That’s still a lot, but it’s better than nine, eleven, or thirteen pitches. This would save time, hold down the pitch count, and keep starting pitchers in the game longer, possibly.

The batter would get five swings to hit safely or make an out. If a batter keeps tipping or fouling off pitches, I think it makes sense to give the pitcher credit for throwing balls that are hard to hit into fair territory. I know some readers will disagree on this interpretation and say that it is good hitting to spoil tough pitches and that the batter should keep getting credit by staying alive at the plate. I think we need a compromise for time’s sake and to credit the pitcher a little. Last night, Boston’s Chris Sale threw 25 pitches in the first inning with many of them foul tips and foul balls. I wasn’t counting to see if my proposed rule would have come into play, but I’ve seen enough long at-bats to think a change is due.

I’d like to see this rule tested during the Spring Training season of 2020 and then if approved added to the MLB rules for regular season games in Spring 2021. 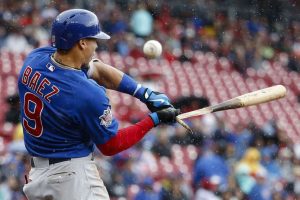