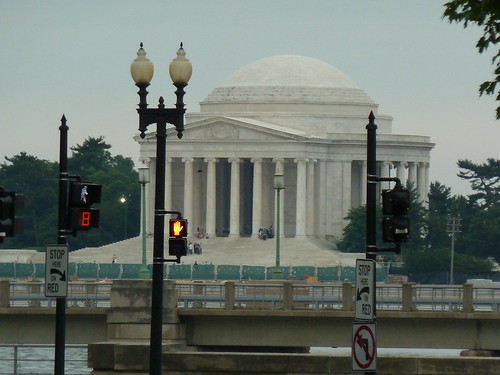 Historian Paul Hudon, the author of The Valley & Its Peoples: An Illustrated History of the Lower Merrimack and All in Good Time, his poetry collection, shared the following essay:

Somewhere in the past George Burns and Gracie Allen are talking politics. George is asking Gracie to name her favorite party, and in one of her timeless non-sequiturs Gracie answers, ‘The surprise party.’ There’s only one way to parse that, as a joke. So we laughed.

As if to prove that context rules, the same joke was recently played-out as farce. Farce is not a joke. Farce is performed, it needs a cast. Farce works on forged identities and deliberate misdirection, on doors opening and closing. There’s a fair amount of shouting.

Farce takes time. Where George and Gracie got it done in well under twelve seconds, not long ago we watched Sanders (stage left) and Trump (stage right) take a full twelve months to play it out. Stamina became a civic virtue, and not many of us laughed all the way through.

When Burns and Allen began their career (1922), Harding was in the  White House, and when Gracie retired (1958), Eisenhower was midway through his second term. In that time they graduated from vaudeville to radio to movies to television; but though the venue changed, the schtick stayed pretty much in place. A patient husband and his ‘dumb Dora’ wife come to an understanding with complacent amiability. No slamming doors. And never, never, never was contempt or humiliation any part of George’s input. That could explain their longevity. Ralph and Alice Kramden may be more honest in their sketch of married life, but who in his right mind would spend thirty-six years with the Kramdens?

There’s no telling, even as a guess, where or when Gracie first hit that punchline. It could have been on Bridge Street, here in Lowell, where vaudevillians on the Keith circuit came to road-test their material. But I’d be willing to bet the line got a laugh every time, and I’d be willing to argue that’s because no audience ever took Gracie’s Surprise Party for a threat. There was never any chance in the four decades of their career that a Democrat or Republican would be ousted by a third party candidate, not in a national election. Not even in the volatile 30s.

The volatile 90s, the 1790s, that’s another story. In the opening decade of the New Republic, Madison and Jefferson surprised new-made national voters with a party. It was called ‘republican’ (mainly in the South) or ‘democratic’ (mainly in the North). It may have started as a break-out event in the intramural wrangle of Virginia politics, or as an incident on James Madison’s learning curve. Either way, the party found a national context.

In fact it built one. When Jefferson was elected president he called it The Revolution of 1800. He referred to his achievement and his administration together as The Republic. Like it was a Done Thing. (Memo to Francis Fukiyama.) He carried on as though he’d resolved the built-in challenge all revolutions can’t avoid: Knowing when it’s over. My election, Jefferson was saying, is the end-game. My republic is The Republic. We’re done.

On the other front of the Atlantic Revolution, in France, a string of actors said the same thing. They said it for a quarter century. In France, they got to the end-game more than once. And it got weird. The first sentence in the Constitution of the Year XII (1804) reads, ‘The government of the Republic is confided to an Emperor. ‘

Actors, those who act. Those who get it done. We seldom use the word that way nowadays. For us, actors most often means those who pretend to be someone else. They make-believe. Stage or screen, comedy or tragedy, actors put drama in the action, usually about some real and present danger. And successful acting always involves an audience. Somerset Maugham, box-office boss in his day, said that unless the audience is among the players, there is no play.

For decades, Jefferson’s name dominated national politics. As long as a candidate claimed allegiance to Jefferson, voters took him at his word. A handful of outliers — John Taylor and John Randolph among them — made a fuss about the primacy of states over the federal government, and a strict interpretation of the Constitution of 1787, hallmarks of Jefferson’s original creed. But the majority of Jeffersonians drifted toward a more relaxed attitude, especially after 1815. By the election of 1824, five contenders with varied, even contradictory, policies all claimed the Jeffersonian succession. Two of them — John Quincy Adams and Henry Clay — even claimed to be National Republicans. In 1800, pairing ‘National’ with ‘Republican’ in the same party was like putting ‘republic’ and ‘emperor’ in the same sentence; but by 1824, the surprise had been washed out of it.

John Adams, with his usual exasperation, once complained that Washington could ‘out-Garrick Garrick.’ This was a reference to David Garrick, a leading stage-actor, an international star of the era. Many who knew our first president in the flesh, noted how dignified he was. His speech, how he ‘carried himself,’ set him apart from the general run of mankind. Once in a great while, in private, during the war with his staff for instance, he ‘lost it.’ Exploded in a fit of violent temper. But in public he was always ‘on.’

Some of us remember when Ronald Reagan was put down as the ‘Acting President.’ Reagan was pegged a star on the B list of Hollywood actors of the 40s and early 50s. The B listing, the downmarket status, was italicized. And if you really disliked Reagan, or just wanted to take a shot at the Grand Old Party, you made loud reference to ‘Bedtime for Bonzo.’ Bonzo was a chimp Reagan shared the screen with in a film released in April 1951. Thirty years later, Reagan was president. His voters applauded. The GOP offered prayers of thanksgiving.

Gracie’s non-sequiturs are in fact alternate sequiturs. She takes in the question and drives it around her universe, then lets it out where there’s a different question waiting, and she answers that one. And could that be the whole magic of Donald Trump’s make-believe? That and the loopy way he plays to his base.