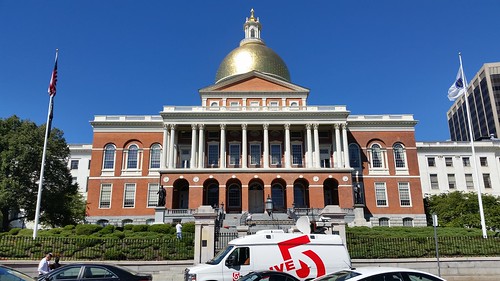 Mimi Parseghian shares some observations on Lowell politics for this week:

On Wednesday, Governor Charlie Baker introduced his budget for Fiscal 2020 and according to the Globe it includes a “$1.1 billion, seven-year overhaul of the state’s embattled school budget formula, the centerpiece of a $42.7 billion budget proposal for fiscal year 2020.”

Maybe this will be the year that the formula that distributes funding to Massachusetts’ school districts will finally be adjusted so that cities, such as Lowell, receive their appropriate share. The formula has not been adjusted in 26 years.

As the Globe reminds us “The proposal seeks to address the recommendations made by a 2015 legislative commission that found that the current formula, known as the foundation budget, has been underestimating the cost of schooling by hundreds of millions of dollars…The governor’s proposal would not only increase the overall amount of money the state is contributing to school districts, it would also change elements of the formula to ensure that more of those resources are going to poorer communities where students most need the additional help…”

On Tuesday night the Lowell City Council approved the resolution that was drafted in support of Senate Docket 101, “an act providing rightful opportunities and meaningful investment for successful and equitable education.” Senate 101 is a bill introduced in the State Senate by Sonia Chang-Diaz (Boston-Chelsea) and co-sponsored by a number of other State Senators, including Senator Ed Kennedy (1st Middlesex).

Last year the House and the Senate could not come to an agreement and the formula was not adjusted.  This year, they will need to make it work.  There are too many people paying attention.

SUPERINTENDENT AND HR DIRECTOR FOR LPS

But changes are coming.  There has been a lot of discussion on the process the School Committee is undertaking in the search for a Human Resource Director for the Lowell Public School Systems.  This blog has posted two letters on the subject, one written by Bobby Tugbiyele and the other written by Lowell High School recent graduates and students asking that the School Committee selects an outside firm to hire an individual for that position. The recent graduates wrote “Ultimately, the practice of internal hiring has created a cycle in which the same people are hired for different jobs inside the system; this speaks not to the people in the system, but the system itself.”

These two letters are reflective of a larger community-wide sentiment that staff hired to serve in our public schools should better reflect the students’ background.  These views have been expressed at School Committee meetings by parents and others.