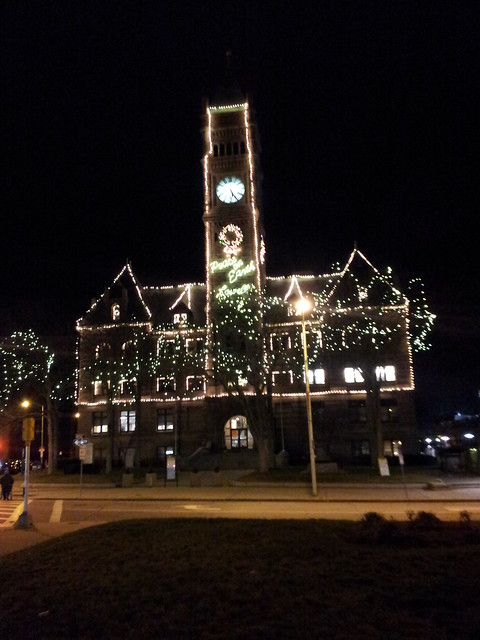 Matters taken out of order:

Terri O’Connor speaks on this vote. Quotes city slogan “art is the handmaid of human good.” Says her lifelong passion is the arts and explains all the benefits of the arts to the city and our society. She talks of her 15 year long relationship with artist Mico Kaufman (now deceased). He resided and worked in Tewksbury and has many pieces of public art on display in Lowell and Tewksbury. (O’Connor is here representing the Mico Kaufman Trust). She explains that Kaufman, a Holocaust survivor, saw parallels with the plight of the American Indians. This sculpture is of an ordinary Native American woman, not from any particular tribe or nation. The sculpture depicts the maiden conducting a “healing ritual.” Kaufman’s partner, Elsie Howell, wishes to donate this sculpture to the city on the condition that it be placed in the vicinity of the Pawtucket Falls in recognition of the role of the Pawtucket Indians in the history of this region.

Next to speak is Chief Thomas Libby of the Greater Lowell Indian Council. He says the statue was created 20 years ago and this opportunity has developed over the intervening two decades. Speaker has lived in Lowell for 20 years. Says as he walks around the city he’s seen plenty of opportunities to see the cultural heritage of various immigrant groups. He asks the everyone remember the group that was here first (Native Americans) who he says are still here and aren’t going away and they should be celebrated with more emphasis by the city. Mentions how all things named “Pawtucket” (the bridge, the school, the field) have all been renamed for other Lowell residents. He then addresses the outfit worn by the model for the statue. He says the model was his partner, also a Native American, and the dress is authentic. He then urges people with questions about Native American culture and history to ask Native Americans rather than look elsewhere for answers. He asked that his remarks be seen in a constructive, not a negative light.

Mayor Samaras reads the exact wording of the vote.

Councilor Elliott asks if the donors have a suggestion for the exact location? Elsie Howell responds: She says there are four possible locations that the city can choose from. Urges city to consult Native Americans in its placement at one of these locations. One condition is that she faces the direction of the rising sun.

NEXT MATTER OUT OF ORDER

Ad-Hoc Election Laws SC Final Report. – Councilor Nuon, subcommittee chair, gives the report: There were 6 meetings held at various locations co-sponsored by various neighborhood groups and citizen organizations. Says 80% of the people who spoke at these meetings favor either all district or a combination of district and at-large representation. In addition, many asked to make government more representative of the population and to make it easier for people to vote. Invites other members of the subcommittee (Kennedy and Leahy to comment).

Councilor Kennedy moves that the subcommittee report and the motion he and Councilor Nuon filed for tonight be referred to an Executive Session at the end of next week’s council meeting. )Text of motion below)

Nuon/C. Kennedy – Req. City Mgr. encourage City Solicitor to engage in mediation with plaintiffs, currently scheduled for 12/18/18, in a good faith effort to resolve the lawsuit in a timely and reasonable fashion which resolution should include a proposed modification of the City’s existing electoral system from an at large system to a hybrid district and at large system.

Councilor Leahy thanks Councilor Nuon for his leadership on this and to all who participated in these meetings.

Councilor Elliott comments that he made a similar motion a month ago that was ruled out of order. Notwithstanding that, he will support sending this all to executive session.

Councilor Mercier asks to take up another motion out of order:

Mercier – Req. City Mgr. allow Youth Build students under the leadership of artist, Glen Szegedy, to paint and restore statues and the City manger back to a more brilliant beauty.

Another matter taken out of order:

A group of young people address the council. Some are students at the Pyne Arts School. They would like to walk to school but their parents don’t believe it is safe enough for them to walk. They ask the councilors to do something to make the area safer for walking to school, especially a safer crosswalk.

The city’s traffic engineer comments: says we need a flashing beacon. There’s one that is solar operated that costs about $5000. Councilors make various suggestions about what should be done.

C) Upkeep of School Grounds – Councilor Milinazzo, maker of the motion, says he’s not looking to privatize school custodial services but he wonders if the city employee job classifications don’t restrict the work that is needed to be done. Rick Underwood says the schools don’t have any mechanics on staff but anytime they need one the ones who work at DPW are very accommodating. Councilor Kennedy says the report is good but Councilors frequently get complaints about the appearance of school grounds. He asks Mr. Underwood how that’s going to be addressed. Underwood says summertime is most challenging because they are trying to get the schools ready for the return of the students. He says everyone has his phone number if there’s an issue. Kennedy responds that you may do a pretty good job but there needs to be a very good job everywhere. If it requires us to call you, the system is not working. Why is that so? Saying “we do the best we can and just call me if there’s a problem” is an unacceptable answer. Underwood says he sends out several emails each year urging custodians to keep up the outside of the schools. He says some schools lack staff. Kennedy says he understands staffing is lean, but maybe there needs to be a different approach. Curb appeal of schools is very important to prospective city residents. If they see a school that looks bad from the outside, it reflects badly on the school. Having the grounds look good is very important. We either need a new system or a new approach because what we have now isn’t working. Underwood says a few years ago when there were more people, we used all the security guards in the summer as lawn keepers, but now there are far fewer personnel so they are spread thin. Councilor Leahy says we just don’t have enough employees to keep up with the work. Maybe we should look at hiring an outside company to come in and cut the grass at schools. Underwood suggests trying to get landscaping companies to “adopt a school” and cut the grass for free. He says again to call him if there are any problems. Underwood says the schools look very nice this year. Kennedy pushes back by saying there is neglect at some schools and you see it all the time.

D) Perry St. – Traffic engineer says this arose initially about of complaints about parking by condominium owners. Says her investigation revealed there are many other issues including many multifamily houses with no driveways. She recommends making the street one way from Rogers to Andover. Says adjacent streets are one way in the opposite direction. She says some of the businesses on Perry are not thrilled by this. Kennedy asks about having no parking on one side as an option. Traffic engineer says residents need that for parking otherwise it will be a hardship.

Taken out of order: Order-60 Day Order-Perry Street – A resident of Perry Street speaks. Says when he moved there, everyone only had one car. Now every house has multiple cars. He has no driveway. If there’s only parking on one side, he’ll have to park at least one car at some distance from his house. A business owner on Perry Street says Andover Street gets very busy and customers will be less likely to visit her business because of that. Urges it be one way for only a portion. Another resident urges council to make it one way the entire length; the street’s not wide enough to have two way traffic and all of the parking that is needed. Traffic engineer (when asked by councilors) recommends against partial one way; she sympathizes with the business owner but thinks this should be tried for 60 days. Council votes unanimously for 60 day trial.

Vote-Accept donation of a used van from the LRTA to the Fire Department. Approved.

Vote-To increase the Cost of Living percentage rate for the City of Lowell Ordinance Employee’s. Approved.

Vote-Transfer $184,835 to purchase Council on Aging Bus. Councilor Mercier thanks City Manager for finding the money for this. Approved.

C, Cirillo – Req. City Mgr. provide an update to the City Council regarding what mechanisms that the City has to put in place to uphold our commitment to the emission reductions of the Paris Agreement. Councilor Cirillo says the Council voted to do this back in 2017; this is a follow up to see how the city is doing. Councilor Mercier says she thought that President Trump had decreed that the U.S. was out of the Paris Accord, that it would undermine the US economy. Councilor Mercier asks why the council would do something contrary to what the president wants to do. Councilor Kennedy says that although the President did withdraw from the Paris Accord, in response to that, 350 cities voted to adhere to the terms of the Paris Agreement. He says the Lowell Council has already voted unanimously to comply with the terms of the Paris Agreement. Councilor Cirillo says this motion asks for a report on what the city is doing to comply with that motion. Councilor Mercier wonders why the city would be doing anything to comply with it when President Trump has said it wasn’t good for the country.

Cirillo – Req. City Mgr. have proper department review roadways in the City in order to take advantage of the new State law, Chapter 90, Section 17C, allowing communities to lower speed limits on busier roads. Councilor Elliott says the new law makes a lot of sense; the council earlier tonight talked about how to improve traffic safety. He says anything we can do to slow down drivers makes a lot of sense. He says it’s a good motion. Councilor Nuon says the new state law gives us an opportunity to revisit our speed limits in the city.

Cirillo – Req. Environment & Flood Issues SC meet regarding groundwater issues and the Clay Brook Heights. Chair of Subcommittee Councilor Elliott says he’s OK with the motion but wonders who is expected to testify at the hearing. Manager Donoghue says people form the city but also will try to have representatives from Enel to attend.

Leahy – Req. City Mgr. instruct DPD to study downtown this winter and come up with recommendations to attract business and consumers.

Samaras – Req. City Council direct City Mgr. break out costs of transportation and adult education from cash contribution provided by the City in the budget. (Req. per School Committee). Mayor Samaras says this is a request from the School Committee. Councilor Elliott questions City Manager on school transportation costs which the city pays for but does not bid. City Manager says she’ll look into it and give the council a report.