Bob Hodge grew up in Lowell and went on to graduate from Lowell High (1973) and University of Lowell (1990). He was (and still is) one the greatest runners to come out of this region. He’s also a writer, having previously shared stories with us about his experiences with road races and as a student at LHS.

Today, in recognition of Veterans Day, Bob shares a story about his older brother Billy, who was killed in action in Vietnam while serving as a platoon sergeant with Company B, 1/16 Infantry, 1st Infantry Division. Staff Sergeant Hodge is buried in St. Patrick’s Cemetery. The intersection of Carlisle and Gorham Streets, across from Edson Cemetery, is named William Hodge Square in his honor.

Here is Bob’s story about his brother: Classic car drove past me today as I rode my bike to work on a lovely fall day and a classic song from 1970 wafted from the sound system a song that always pulls me back to Acre Lowell MA when I was 13 years old and my 22 year older brother Billy was killed in Vietnam.

I have been hesitant to write about his death because my memories are made up of just so many disparate moments and hardly make a narrative but after hearing that song on such a day as this – that song that is so haunting – I decided to try.

I remember when I was very young living on Sawtelle Place in Lowell and I don’t recall if I witnessed it but a legendary story on our block was how Billy made another kid eat a worm.

And later when we moved to Butterfield Street near the North Common and Billy who was always active in sports coached the Acre Youth Organization “Pony League” Tigers baseball team and my brother Mike, and Cousin John played on the team and I was the batboy.

I don’t remember Billy playing high school sports which is odd but perhaps he did. I do remember he had a job at a gas station at the corner of Fletcher and Suffolk Streets, across the street from the Three Copper Men barroom.

I remember one time in the winter I trudged through deep snow down the cobblestone road to bring Billy his lunch. The owner or manager of the station was a Lowell character named Louie who one time staged a robbery of his own business.

The details of this are sketchy to me now or perhaps I never knew exactly what went down. I was around age 11 or 12 then and almost nothing made sense to me in a concrete way. My mind wandered and sometimes I was Daniel Boone parlaying with the injuns or an astronaut blasting off into space.

Billy, brother Mike and I shared the same bedroom and Mike and I slept in the same bed. Billy slept on a fold up cot which we stuck in a corner in the morning so we could move around the room. Billy had a sense of adventure and attended the Montreal World’s Fair, called Expo 67, and I remember some of the mementos he brought back. I have a vague memory of him attending the Woodstock Music Festival.

In our apartment on 8 Butterfield we had an Expo 67 piggy bank that was filled with just pennies. I rarely thought about the bank until one day when I spotted at the corner store a Sports Illustrated magazine with Steve Prefontaine, the then freshman running phenom from the University of Oregon on the cover. I just had to have that magazine so I ran home up the three flights of stairs to our room, grabbed the piggy bank and shook out its contents. But there was nothing inside but IOU’s from my brothers.

Billy went to college I believe in Boston, possibly at Wentworth or maybe it was Bentley, but in the summer of 1968 he and a classmate from Lowell named Peter Hantzis partnered up to run a restaurant for the summer at York Beach in Maine.

I spent time up there working in this place right on the beach also just a little way from a well-established dairy bar restaurant that was our main competition. Mostly I served ice cream cones at the front counter and bussed tables. 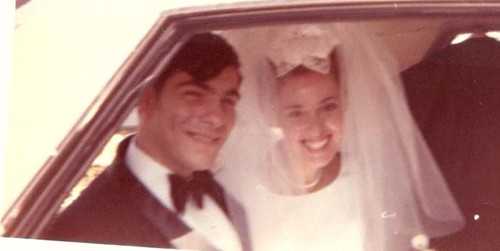 Billy had a girl friend Nancy who was from Fitchburg. She was just as beautiful and warm a person as you would ever wish to meet. One weekend when my entire family was present, we all sat down together and Billy announced that they would marry.

Momentarily stunned, no one said a word until I broke the silence to say congratulations and everyone laughed. Billy was 21 years old. Had he lived, he and Nancy would have celebrated their 50th wedding anniversary this past September.

Coincidently, my bride Frannie (God Bless Her) was at York Beach with her family that same summer, 17 years before we married.

After Billy and Nancy were married they lived on School Street for a time down on the Pawtucket Street side – that is until he enlisted in the Army.

While Billy was away in the service, I entered Lowell High School in the fall of 1969 and became a runner on the cross country team, something I shared in a letter to Billy who used to challenge me to races on the North Common. He would always give me a head start and then run me down.

I remember one night my Dad answered the phone. I had just gone to bed and before my dad even spoke I knew the call was about Billy and that he was dead.

I am aware that the military never make calls like that and I also remember them coming to our house so I don’t know who might have called but I do remember my Dad’s heavy sighs after he hung up.

Billy’s wake was at Meehan & Kirwin on Pawtucket Street, the same funeral home my mother was waked at in 1966 when I was 10. My friend, Dennis Kirwin, lived there and I remember hanging out with him for a bit.

It was winter. The wake and funeral were a blur of relatives and friends. I recall that some close family members and a fellow soldier who served with Billy went out to Skip’s restaurant after the wake. I was tired and confused by the talk of the adults. I didn’t understand what was going on with the war only that if you didn’t go you might have to flee to Canada to avoid jail.

These few memories that I have aren’t much to hold onto. After Billy’s death, we all just carried on and I never really felt the weight of it unless I heard that song so ubiquitous in February of 1970. It was in regular rotation on the radio and hit number three on the charts.

Fortunately (or regrettably) I haven’t heard “Spirit in the Sky” much since until today on a country road nearly 50 years later. It’s interesting how a song becomes part of your soundtrack and triggers memories. 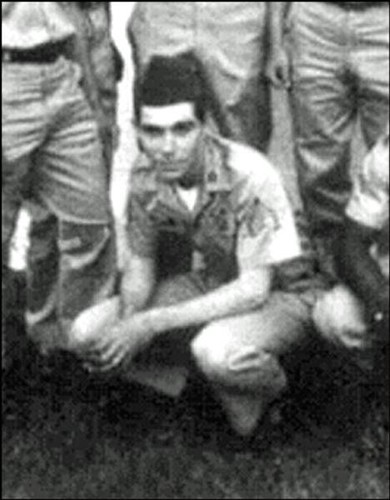 Spirit in the Sky

* Below are some of the comments left on SSGT William Hodge’s page on the Vietnam Veteran’s Memorial Fund virtual wall:

I was with Bill the day he was killed. He had joined our patrol the night before coming via “chopper” along with supplies. I distinctly remember his upbeat spirit which was welcome as we had been out for more than several days. The next morning Bill continued to be exuberant in his attitude and leadership. I was scheduled to walk point that day, however Bill told me he wanted to do this,moving me to the position of rear security. It was not common practice for a Platoon Ssg.to walk point.
It was mid morning when we encountered a burst of enemy fire. Bill was hit.
He is remembered for his courage,zestful energy and wanting to make a difference. On this day he was undaunted.

I served as company clerk at the time Sgt Hodge was killed. Met when he was assigned to company. Killed by sniper on the last day the unit was in the field. When we heard on company radio freq, several of us drove to Evac Hosp to see him, however were told he didn’t make it. To my knowledge there were no other Co B casualties that day. Army records also confirm Sgt Hodge was last Co B 1/16 soldier KIA.

The following is from the website of the 1/16 Infantry Association:

The 1st Battalion 16th Infantry arrived at Vung Tau, Viet Nam on 10 October 1965 with the 1st Brigade, 1st Infantry Division on the USNS Mann. The 1st Rangers were initially stationed at Bien Hoa Air Base. Operation BUSHMASTER I was the first major operation that the battalion was involved in. Its mission was to clear a zone along Highway 13 between Lai Khe and Ben Cat in Phouc Vinh province. The unit also conducted numerous air assaults during BUSHMASTER and earned a reputation for flexibility, mobility, and aggressiveness. This was followed closely by BUSH MASTER II and the battalion’s mission changed to “search and destroy.” Operations centered around the Michelin Rubber Plantation, an area with which the battalion would become intimately familiar over the next four years.

In the first two months of operations, the battalion had killed or captured over 1,600 NVA or VC soldiers. In January 1967, the 1st Battalion participated in Operation CEDAR FALLS. This operation was a joint effort by the 1st and 25th Infantry Divisions, the 173rd Airborne Brigade and the 11th ACR to imposed severe casualties on VC units in Military Region 4, the “Iron Triangle.” This was followed by Operations TUCSON in February, BILLINGS in June, and SHENANDOAH in October.

The year 1968 was also an eventful one for the 1st Battalion. It accounted for over 300 enemy KIA or captured and thousands of weapons and several tons of equipment and food destroyed or captured. Additionally in October 1968, the battalion was reorganized as mechanized infantry and at that time adopted its current nickname, “Iron Rangers.”

In 1969, the “Iron Rangers” were involved the Vietnamization process, yet combat in and around areas like the Iron Triangle, Michelin Rubber Plantation, the Catcher’s Mitt, Ben Cat and Lai Khe, and participation in Operations BEAR TRAP, FRIENDSHIP, KENTUCKY COUGAR, IRON DANGER, and TOAN THANG IV accounted for an additional 426 enemy soldiers killed or captured. Ambush patrols and the sealing off of villages characterized operations during the year. The last four months in Viet Nam saw the battalion working closely with its ARVN counterparts as it concurrently prepared to redeploy to Fort Riley. Combat activity did not abate, however, as the “Iron Rangers” conducted 690 ambush patrols in January, and 803 in February. March 3, 1970 saw the cessation of combat activities in the Republic of Viet Nam for the 1st Battalion, 16th Infantry. The battalion stood down and headed for its new assignment in Germany.

5 Responses to “Spirit in the Sky” by Bob Hodge