The big news this week is the run-up to the Primary Election on Tuesday. There are a number of hotly contested races, mostly on the Democratic side. Here are the contested offices that will appear on my ballot:

The rest of the offices up for election this year are uncontested on the Democratic ballot.

On the Republican side, there are several contested races. Here they are:

If you want a quick, concise way to learn more about these candidates, check out the excellent Primary Election guide compiled by Lowell Votes.

There are some other primary election fights in neighboring towns that may be of interest.

First Essex & Middlesex State Senate – This is the seat currently held by Barbara L’Italien who is running for Congress. In the Democratic Primary, former State Senator Barry Finegold and Lawrence Fire Lieutenant Mike Armano (who lives in Dracut) both seek the Democratic nomination. This district includes Dracut, Tewksbury, Lawrence and Andover.

19th Middlesex State Representative – This seat was held for many years by Jim Miceli who passed away earlier this year. Seeking the Democratic nomination are Mark Kratman and David Robertson of Tewksbury; and Mike McCoy, Judy O’Connell and Erika Johnson of Wilmington. The district includes all of Wilmington and a large portion of Tewksbury.

14th Middlesex State Representative – This seat is held by Cory Atkins who is not seeking reelection this year. There are three candidates seeking the Democratic nomination: Ben Bloomenthal and Tami Gouveia of Acton, and Christian Krueger of Concord. The district consists of Concord, Carlisle, three precincts in Acton and two precincts in Chelmsford.

Over the past few weeks, I’ve reported on the electoral history of some of these contested seats including the Congressional race and the First Middlesex State Senate seat.

Here’s some history from the 18th Middlesex State Representative district which is currently held by Rady Mom who is being challenged in Tuesday’s Democratic Primary by Jim Leary, Sam Meas and Rithy Uong.

This district was created back in 1978 when a citizen petition reduced the number of state representatives from 240 to 180. In the consolidation process, incumbent representatives Phil Shea and Bob Kennedy had to face each other. Shea won with 3591 votes to Kennedy’s 3407. (The district was then called the 19th Middlesex).

Shea only held the seat for a short time. In 1979, the Lowell City Council selected then State Senator Joe Tully to be City Manager. In a special election to fill the senate seat, Shea was unopposed and became the State Senator.

Rourke held the seat until April 17, 1982, when he died in a tragic auto accident. His spouse, Susan Rourke, defeated Donald Scott in the Democratic Primary and Libertarian Richard Beaumier in the General election.

Susan Rourke held the seat until 1992 when she lost the Democratic nomination to Steve Panagiotakos who then defeated Republican Tim Golden to win the seat.

Panagiotakos served three terms but ran for the State Senate in 1998 when incumbent State Senator Dan Leahy did not seek reelection. With Panagiotakos not seeking reelection to the House, Kevin Murphy defeated Joe McNamee and Donald LeBlanc to win the Democratic nomination. Murphy then beat Tim Golden in the general election to win the seat.

For the fourth consecutive year, Lowell Walks visited the Hamilton Canal District for an update from the city’s Department of Planning and Development for an update on what’s going on. Last week, Claire Ricker of DPD led 101 people from the National Park Visitor Center on Market Street through the district and all the way to the South Common.

This year’s walk was especially noteworthy because much of the Hamilton Canal area now resembles a giant construction site rather than a big vacant lot as it had in years past. Below are some photos from the walk: 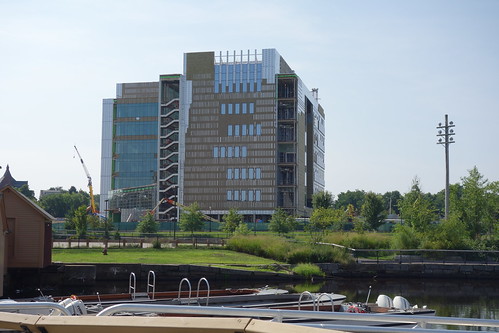 Lowell Judicial Center from Dutton St. Scheduled to open in the fall of 2019. 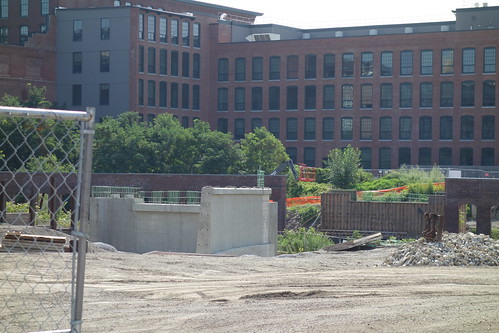 Supports for “Signature” bridge over the Pawtucket Canal. View from NPS Parking Lot on Dutton St towards Appleton Mills on Canal St. 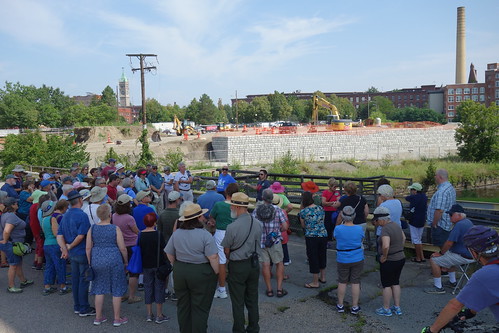 Back at the end of July I wrote about an upcoming reunion of former employees of St. Joseph’s Hospital in Lowell. I’ve been told that 130 people have already signed up the event which will be held on September 20 at 6 pm at Lenzi’s Restaurant. Tickets are $40 and anyone interested in attending can contact one of the following committee members:

I ask for you vote in the Democratic Primary on Tuesday. My opponent in this race is unenrolled (not a member of any party) so will not be on the ballot until the November election. Even though I am unopposed in the primary, your vote will count for a lot. I’m grateful for all the support I’ve received thus far. Please consider donating to my campaign or volunteering to help.