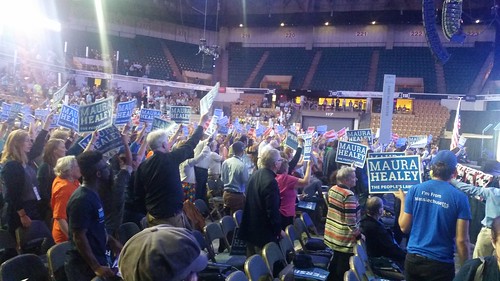 The Massachusetts State Democratic Convention was held Friday night and yesterday at the DCU Center in Worcester. In a gubernatorial election year like this one, the purpose of the convention is twofold: To nominate Democratic candidates for statewide office, and to endorse one of those candidates for each office.

The statewide offices on the ballot this year are United States Senator, Governor, Lieutenant Governor, Attorney General, State Treasurer, Secretary of State and State Auditor. Incumbents Elizabeth Warren (Senate), Maura Healey (Attorney General), Deborah Goldberg (Treasurer) and Suzanne Bump (Auditor) are all unopposed in the Democratic Primary (all have Republican opponents, I believe) so they were nominated and endorsed by acclamation on Friday night.

On Saturday, delegates voted on the contested races for Governor, Lieutenant Governor and Secretary of State.

First a word about procedure: Most delegates to this convention were chosen at town and ward caucuses back in February. Others, such as the chair of a Democratic Town Committee or some elected officials are automatically delegates. Approximately 20 percent of this year’s delegates were attending their first convention.

There were two candidates for each of the contested races this year: For governor, Jay Gonzalez and Bob Massie; for lieutenant governor, Quentin Palfrey and Jimmy Tingle; for Secretary of State, William Galvin (incumbent) and Josh Zakim. Here are the convention-wide results for each office:

So that means all six candidates will advance to the September primary ballot for their respective offices, and that Gonzalez, Palfrey and Zakim all received the endorsement of the convention. 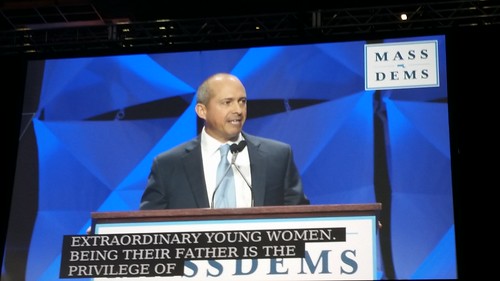 Within the First Middlesex District (delegates are seated and vote by state senate district) here are the results:

With the convention over and the primary election just about 90 days away, campaign activity for these and all other offices that are on the ballot this fall should increase in the coming months.

I didn’t “cover” last Tuesday’s Lowell City Council in my usual manner (which is watching it on TV from home while I take notes on the computer) because I was at the meeting in person. The council honored me and five other Lowell military veterans who were chosen by the city’s Veteran’s Commission as Veterans of the Month for the first half of 2018. 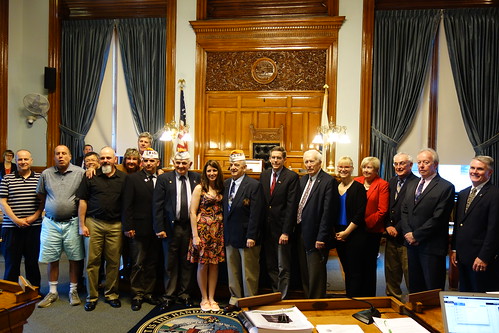 City Councilors and Lowell Veterans of the Month

Also because of the Democratic State Convention this weekend, I haven’t had a chance to review a replay of the council meeting. My co-blogger Mimi did watch the meeting and share some thoughts on a couple of issues (the budget, outlawing the use of marijuana in public, banning plastic bags) in her Lowell Round-Up column on Friday. I’ll try to watch the replay and post my own notes sometime in the next few days. 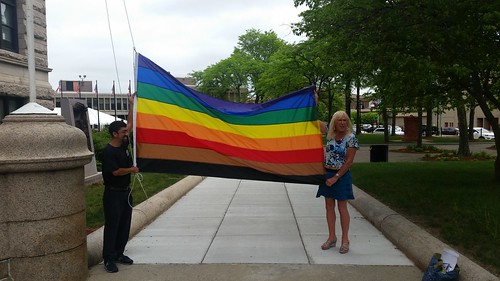 Friday was the first-ever official city flag raising of the Rainbow Flag at Lowell City Hall to kick-off LGBT Pride Month in Lowell. This month-long celebration is held in June to commemorate the 1969 Stonewall riots in New York City which are now seen as the tipping point in the pursuit of gay rights in the United States. 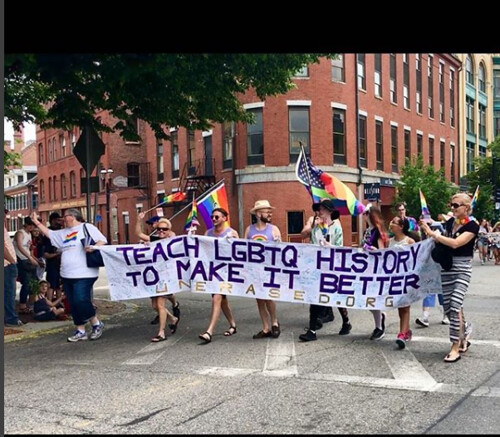 The Friday flag raising was followed yesterday by the first-ever Pride Parade through the streets of Lowell followed by an all day festival at JFK Plaza. Because I was in Worcester all day, I wasn’t able to attend, but from the many pictures and comments I’ve seen on social media, it was a great success.

An all-new festival will debut in downtown Lowell on Saturday, June 16 from noon until 10 pm. “A Midsummer Dream on Merrimack Street” will feature an outdoor production of Shakespeare’s A Midsummer Night’s Dream that will, in a unique twist, be move from park-to-park for the various scenes of the play. Venues include St. Anne’s churchyard, Lucy Larcom Park, the Victorian Garden on Shattuck Street, and the Market Street Garden. The festival will also feature a “Pixie Market” arts and crafts sidewalk sale, a costume contest and many other activities for adults and children.

The inspiration for this festival was the late Many Lee Pho, the founder of Little Delights Bakery, who succumbed to cancer in 2017. A number of groups including DIY Lowell, the Pollard Memorial Library, Made in Lowell, Arts League of Lowell and the Downtown Neighborhood Association are collaborating to bring this festival to life.

The Lowell Walks downtown walking tours will kick-off the 2018 season this coming Saturday, June 9, 2018, at 10am with a National Park-led walk on Forty Years of Preservation with Lowell NHP. This walk begins at Lowell National Park visitor center at 246 Market Street and is part of the 40th anniversary celebration of the Lowell Park which came into existence in 1978. A full schedule of Saturday’s activities is available on the Park’s website.

The schedule of walks for the rest of the summer is available on our Upcoming Events page.

The Richard P. Howe Jr. for Register of Deeds reelection campaign will hold a reception on Monday, June 11, 2018, from 5:30 to 7:00 pm at the UMass Lowell Inn & Conference Center, 50 Warren Street, Lowell. Donations in any amount are welcome but not necessary. Please join us!