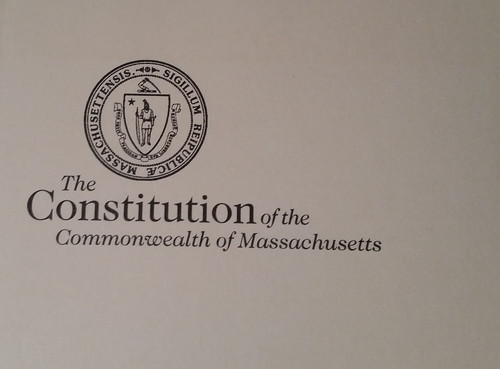 The Massachusetts Supreme Judicial Court yesterday issued its opinion in Smith v City of Westfield (SJC-12243), a case that interpreted Article 97 of the Massachusetts Constitution. This case has been of interest to people in Lowell because the dispute mirrored questions raised here about the use of Cawley Stadium as the site of a new city high school.

In the SJC case, the city of Westfield wished to build a new school on a city playground. Neighbors objected and filed suit against the city, claiming that the playground had fallen within the protection of Article 97 of the Massachusetts Constitution. Article 97 states that land dedicated to conservation or recreational use by the public shall not be used for other purposes without the approval of “a two-thirds roll call vote of each branch of the Legislature.”

The city of Westfield answered that since there was no express restriction on the land recorded at the registry of deeds, Article 97 did not apply. A Superior Court judge ruled in the city’s favor and the Massachusetts Appeals Court upheld that ruling, holding that the express deed restriction was necessary to bring land within Article 97.

The SJC reversed that decision, holding that an express restriction recorded at the registry of deeds was not necessary. The Court held that public land may gain the protection of Article 97 “where there is a clear and unequivocal intent to dedicate the land permanently as a public park and where the public accepts such use by actually using the land as a public park.”

It sure sounds like Cawley Stadium passes that test. However, I do believe that the city did obtain the necessary exemption from the Legislature back in the spring (although I don’t recall if it was by a “two-third roll call vote of each branch.”).

Even if the holding of this case no longer applies to Cawley Stadium, it does clarify how Article 97 applies to land used for park and recreation purposes, and after this decision, it would apply broadly which is a good thing, since it will help protect much of our scarce green space from future development.