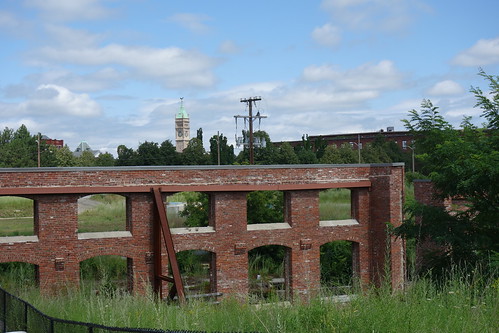 At this Tuesday’s city council meeting, the council will vote to authorize the city manager to execute a purchase and sales agreement with WinnDevelopment Company for Hamilton Canal District parcels 8 and 9, known respectively as 193 and 239 Jackson Street for $250,000. These are two vacant parcels on the Central Street side of 110 Canal Place (the UMass Lowell innovation hub). Even though they have Jackson Street addresses, Parcels 8 and 9 are on Canal Street, between it and the Pawtucket Canal. These parcels have always been earmarked for housing which is what WinnDevelopment does, so it will be interesting to see how much push-back comes from the “no housing in the Hamilton Canal District” wing of the council. 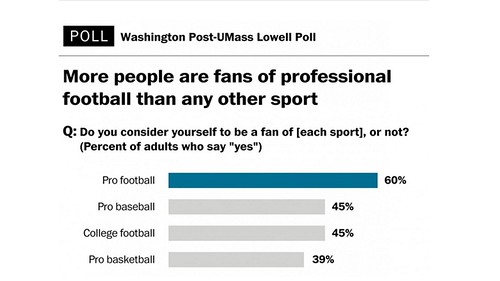 Congratulations to UMass Lowell and its Center for Public Opinion which has formed a polling partnership with the Washington Post. The partnership got a lot of attention this week when the Post published the results of a UMass Lowell poll on American attitudes towards pro football. (see “Poll: Nine in 10 sports fans say NFL brain injuries are a problem” be Adam Kilgore and Scott Clement).

According to its website, the UMass Lowell Center for Public Opinion “seeks to further UMass Lowell’s academic and strategic objectives through cross-disciplinary research related to political and public opinion trends and behaviors, as well as through polling conducted with integrity and methodological rigor.”

Other than the obvious value of the content of the findings of this poll, the existence of the relationship between UMass Lowell and the Washington Post as survey research partners is a major accomplishment that everyone at the University should be proud of. Hopefully it will prove to be a fruitful endeavor that will continue into the future.

The Globe on Two Lowells

Many of you read my Thursday blog post about a story in Wednesday’s Boston Globe about Lowell and the differing opinions among residents of how the city should move into the future. If you haven’t read the post, please check out the blog post and the Globe story.

The Lowell City Council will meet this Tuesday night after a rare three-week gap in meetings due to the summer schedule and Labor Day. The long agenda is already online. Here’s a preview of what to expect on Tuesday night:

Public hearings will be held on proposed ordinances that would ban jet skis and certain other watercraft from portions of the Merrimack River and another that would limit and impose procedural restrictions on pub crawls.

Councilors will also receive responses to motions previously made on:

The procedure used for administrative review of zoning board of appeals decisions (this addresses the issue of action taken by the board after the public hearing has been closed, with the risk being that if substantive changes are made to a project or a decision post-public hearing, the public might be foreclosed from commenting upon such changes);

An update on the procedure for issuing building permits for fire-damaged properties (this addresses the length of time that properties damaged by fire are allowed to remain unaddressed. Many such properties seem to remain untouched for years which detracts from the neighborhood. This memo requires a property owner of a fire-damaged building to seek a permit to either repair or demolish the structure within six months of the fire);

Update on enforcement of prohibitions on low-riding cars (memo from Police Superintendent explains that some car owners modify their cars in a way that violates ordinances on altered height, harsh and objectionable noise (muffler), tires extended beyond fenders, and excessive window tint. The police department has focused on issuing citations for violations of these ordinances;

A report on conditions at the Lowell Police Department detention center; (the council motion has asked for a report on the “deplorable” conditions, but Supt Taylor replies that neither he nor the police officers’ union know of any conditions of that magnitude other than normal wear and tear on a facility that’s in use 24/7. He says that items that do need repair such as painting and the replacement of a sink have been placed on the DPW list);

A report on signage at construction sites (in response to this motion, the city is proposing an amendment to the zoning ordinance that would require a sign listing the contact info of the person responsible for the project be displayed on any non-owner occupied project that receives a building permit) ;

An update on the River Meadow Brook Trail involving the Gervais Auto Group property purchase (after many meetings between the parties and before the Conservation Commission and the Planning Board, there is a final proposal that is acceptable to all involved, however, it is contingent on the city granting certain property tax concessions to Gervais, and the negotiations on that are ongoing).

The Council will also receive the Department of Planning and Development’s semi-annual Downtown Vacancy Report. One of the highlights of this report is a list of new businesses and tenants that will be opening soon. These include:

110 Canal Street – UMass Lowell will be occupying the first and second floors for research and development work (formerly Freudenberg building);

Under the communications section of the agenda, City Manager Murphy will give the annual State of the City address. The PowerPoint slides now online show that economic development, education, public safety, and quality of life will be the major items discussed.

And then there are motions. Fifteen of them. Here they are: