Elected to the Lowell City Council in 1971 as a 20-year old Lowell State College student, Gail Dunfey lost her 1973 reelection campaign, but as this brochure from that 1973 election makes clear, she went down fighting. Although she only served one term on the council, Dunfey is a key figure in Lowell history, one who deserves further study.

The following is the text of a Gail Dunfey for City Council 1973 campaign brochure: 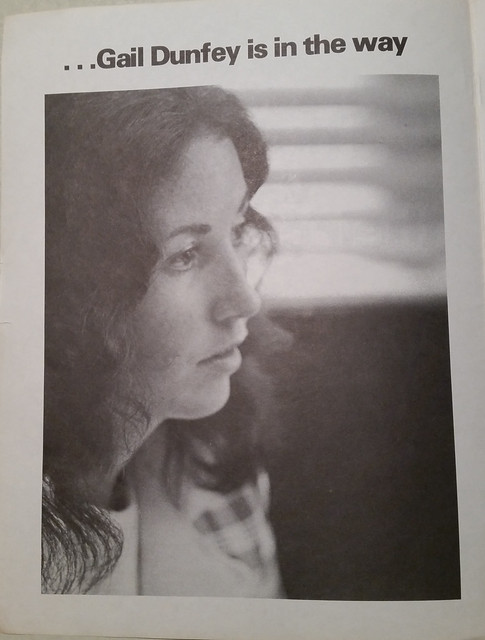 Don’t give the machine a majority

For two years Gail Dunfey has been the key vote on our city council. Time after time the council has wavered dangerously between progressive reform and old-time power politics. And time after time Gail Dunfey has made the difference by voting against the politically well-connected and for the future of all Lowell citizens. But she has earned the wrath of the power-brokers in the process. And that’s why they want her out.

Just one more seat. That’s all they need. That will give them the edge. So get ready for the same old political games. Because, with one more crony on the council, the old political machine can once again come to life. And the first order of business will be to vote our city manager out, vote themselves in, and start passing out difficult city management responsibilities to their incompetent friends. The name of the game is Patronage. And for Lowell it means corruption, inefficiency, payoffs, and wheeling and dealing with the big boys. And it means taxes and more taxes, just like it always does when a blundering, wastrel government administrates the rape of a city. 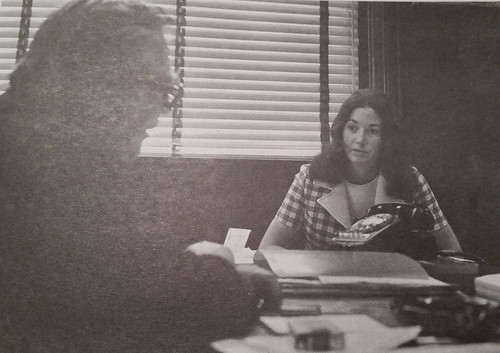 You must support Councilor Dunfey’s key vote on the city council. Because that vote strongly supports the professional form of city administration that Jim Sullivan brought to Lowell. In Gail’s first two years as councilor, taxes actually went down. Twice. And services like police protection, park construction, and programs for the elderly went up. The old pols tried to stop all that in a power play to get Jim Sullivan out. Gail Dunfey cast a key vote. Your vote. And Jim Sullivan stayed.

And Gail Dunfey isn’t afraid to use her vote against some pretty tough customers. Like when Mobil Oil decided they were going to carve out a piece of Lowell that Lowell citizens just didn’t want to give. Mobil bulldozed exactly half the city council to their side. But not Gail. She used her vote to break the tie and pub Mobil down and did they get mad. Amazingly enough, Mobil’s power won a court battle that actually voided Gail’s first vote and put the issue before the council once more. Gail put them down again. Then Mobil ran out of gas. The point? Just this: nobody owns Gail Dunfey. Not the fattest fat cats. Not the most powerful politicians. Two years ago you voted for this idealistic, enthusiastic youth because you were sick to death of the same tired old faces, the same old hack politics and cronyism that’s stifled Lowell’s progress for decades, and because you sensed that she was serious. Very serious. Now you can vote on her top-notch progressive record. Now you can use your vote to control that one last key council vote that will keep Lowell moving forward.

Councilor Gail Dunfey is the first name on your ballot.

Give her your first vote.

8 Responses to The hacks want their city back . . .