On Wednesday, the School Committee voted to hire an outside law firm to pursue a judicial answer to the question of who has the legal authority to select the site of a new or renovated high school, the city council or the school committee. The motion, filed by committee members Jackie Doherty and Connie Martin, was supported by Mayor Ed Kennedy and committee members Steve Gendron and Bob Hoey. Andy Descoteaux and Robert Gignac voted against the motion.

Unless the school committee files a lawsuit against the city council, I’m not sure how this matter gets in front of a judge. Judges don’t give opinions; they decide cases. So the first issue for any law firm that is hired would be to decide on the procedural pathway this must follow.

The council has previously voted to build a new high school at Cawley Stadium. That vote was five to four with Dan Rourke, Rita Mercier, Rodney Elliott, Corey Belanger and Jim Leary voting for Cawley, and Mayor Kennedy and Councilors Bill Samaras, Jim Milinazzo, and John Leahy voting to keep the school downtown.

As to which body has the authority to select the site, City Solicitor Christine O’Connor has steadfastly held that it is the council, and the city has proceeded based on that opinion.

Another twist occurred Wednesday when the city’s bond counsel, Richard A Manley Jr, of Locke Lorde LLP wrote that since the city already owns the Cawley land on which the new high school is to be built, the school committee does not have the authority to select the site. But Manley then added that under Massachusetts Law, the school committee must approve the site. Here’s the relevant language from Manley’s letter, which is posted on Gerry Nutter’s website:

“. . . MGL c.43, s.34 does require the approval of the school committee of the plans for the new high school project, prior to the commencement of work on the project. Any such plans, of course, would necessarily be site specific, and so any such approval would also constitute site approval.”

As for the timing of such a vote by the school committee, Manley wrote:

“As schematic design and the development of plans have only just gotten underway, we do not see that school committee approval is a legal necessity at this time. However, as bond counsel to the City, we will need to obtain the vote of the school committee approving the plans for the new high school prior to approving the issuance of any bonds or notes to finance this project.”

Suddenly, school committee candidate positions on where the high school should be located loom very large in this fall’s election. I say “suddenly” because until the bond letter, I think most people believed the site selection had already been made and did not realize that the school committee holds the power to veto that selection when it comes time to issue bonds for the money to pay for the project.

Presumably there will be one other new member of the school committee in January 2018. That would be whoever is elected mayor by the city councilors on the day they are sworn in. Only twice in the city’s history under Plan E have mayors served consecutive terms, so while it’s possible that Ed Kennedy will be back as mayor, history says it is unlikely.

Assuming all nine incumbents are reelected, the five who voted for Cawley would be likely to coalesce behind one of their own to be mayor – that would be Rourke, Mercier, Elliott, Belanger or Leary – to try to tip the vote on the school committee at bonding time from the current 5 to 2 against Cawley to at least a 4 to 3 in favor of Cawley.

But that still might not be enough to salvage Cawley, because at about the same time as the school committee will be taking that vote, the city council will have to vote to authorize the bonds that would raise the money to build the new school. And a vote for a bond needs six votes, not five. Again, assuming the nine incumbents are all reelected, would one of the four who has thus far opposed Cawley – Kennedy, Samaras, Milinazzo and Leahy – switch sides and vote for the bonding? Given the divisiveness of all that’s surrounded this issue, that might be unlikely.

Which makes the positions of the candidates for city council on the high school siting decision a big deal too. If you feel strongly one way or the other about where the new high school should be located, be sure to ask each of the council challengers you encounter how they will vote on that issue if elected. 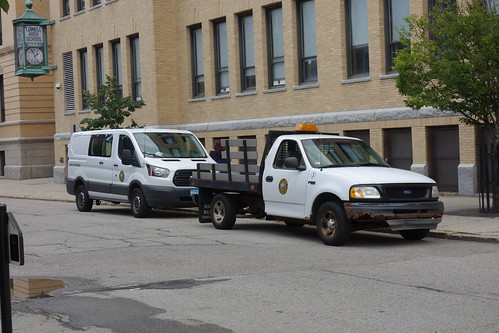 The city council meets this coming Tuesday night. Here are some items of note from the council agenda which is available online.

School Maintenance – A response to a motion from Councilors Leary and Leahy that the city investigate hiring outside contractors to repair heating and air conditioning equipment in city schools states that the city put such a proposal out to bid and that a contract has been awarded. The firm hired will begin work on Lowell High School and the Bartlett, Daley, Robinson, Rogers and Wang schools this fall. Funding comes from a capital plan previously approved by the city council.

There is also a 20-page report from the Department of Public Works regarding Lowell High School, addressing repairs that have been made this summer and others that still need to be made. A big item still needed is the replacement of the roof of the 1922 building. This has already been put out to bid and will use already approved capital funds. The work should be completed by the end of calendar year 2017 and the work should cause no disruption to students. Then there is the boiler work which is addressed in the paragraph above, followed by the response to the May 2017 findings of the city’s Developmental Services Inspection of the High School. Most of the items found deficient during that inspection have either been fixed or will be fixed by the start of the school year.

A proposed ordinance that would ban the use of jet skis and similar devices on the Merrimack River from the Rourke Bridge to Pawtucket Falls will be taken up by the city council. The preamble of the ordinance explains that this is a safety measure for the benefit of all others who use the river. Procedurally, the council should send this to a public hearing. (Given the recent tragedy in which a Lowell teenager was killed when struck by a jet ski while riding another jet ski, the council should need no reminders of why this would be a prudent measure to enact).

Then there are 13 council motions: 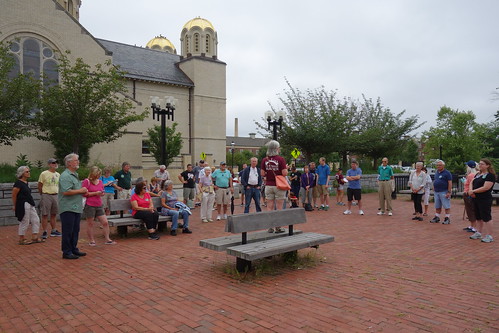 Thanks to Sue Levine and Clare Gunther of Lowell Community Health Center for leading yesterday’s Lowell Walk in Public Health in Lowell. The 50 people who attended the walk heard about LCHC’s clinic at Lowell High, its original site on upper Merrimack Street, and of the importance of public health policy to the community. We also heard some great history about the Corporation Hospital, which was established by the mill owners at Pawtucket and Merrimack streets for the treatment of mill workers and their families. Sue and Clare told us that this hospital was very progressive in terms of women’s healthcare and maternity practices, and was one of the first in America to admit children for treatment. The Corporation Hospital eventually became St. Joseph’s Hospital. UMass Lowell’s University Crossing now stands on the site. 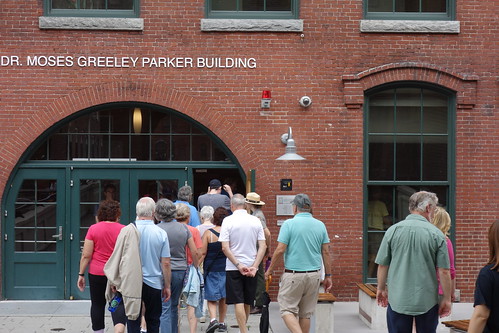 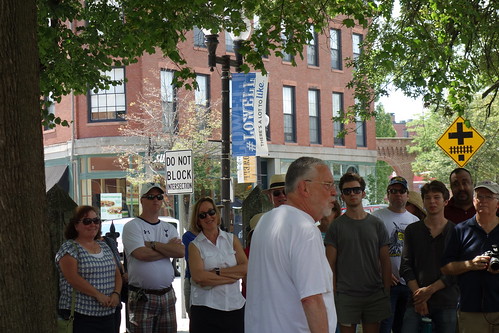 Then yesterday at 1pm, Bob Forrant led 54 people on his Underground Railroad in Lowell Walk. Back in the 1830s, 40s, and 50s, Lowell became a center of the abolitionist movement and a stop on the Underground Railroad despite the city’s economic dependence on cotton from the American south.

Bob will repeat this tour on Sunday, September 10 at 2:30 pm from the National Park Visitor Center. In the meantime, if you want to learn more about Lowell’s role in the Underground Railroad and the Abolitionist movement, read Bob’s essay, “Brave Hearts: When Lowell Was A Sanctuary City – For Fugitive Slaves” on the WBUR website. 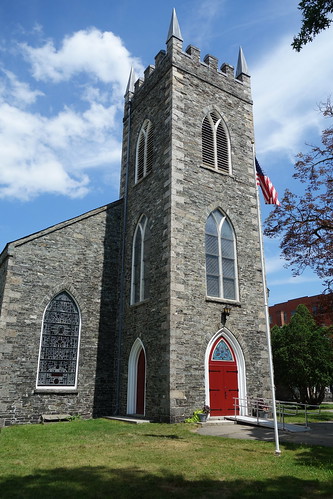 St Anne’s Church, a center of Abolitionism in Lowell and a stop on the Underground Railroad