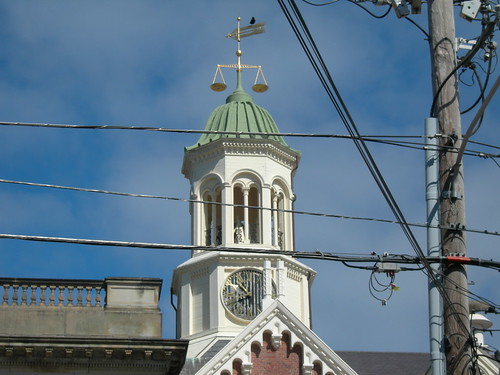 Today the Massachusetts Supreme Judicial Court announced its decision in Sreynuon Lunn v Commonwealth (SJC-12276) which was argued back in April. The case has big implications for immigration enforcement in Massachusetts and could possibly influence procedures in other states.

Here are the basic facts. Lunn had been charged with a crime in Massachusetts, but when the case got to court for trial, it was dismissed. As soon as that happened, Lunn would normally have been free to leave the courthouse, however, court officers had been given a federal immigration detainer request in which federal immigration enforcement officers asked that Lunn be held for up to 48 hours so that the immigration authorities could come and take Lunn into custody for purposes of deportation since it was alleged that Lunn was in the United States illegally.

Based on the federal immigration detainer, the court officers returned Lunn to a cell in the courthouse and held him there for several hours until federal authorities arrived and took Lunn into their custody. The next day, his lawyers tried to get him released but he was already in the federal system and beyond the reach of Massachusetts courts.

Despite the issue being moot as far as Lunn was concerned, the single SJC justice who heard the emergency hearing thought it would be an issue likely to arise again and so referred the case to the full SJC for hearing.

The SJC took the case because it presented an important issue of Massachusetts law that had not been decided: do court officers (and probably by extension police and sheriffs) have the right to hold someone based solely on a federal immigration detainer.

Today the court held that there is no such authority in Massachusetts, either under statutory or common law. The court’s decision, which runs 34 pages, includes an extensive discussion of when and under what circumstances law enforcement officials may “arrest” someone. (I put arrest in quotes because the issue is not the formal “you’re under arrest” moment we all know from TV, but the “when is this person no longer free to leave” analysis used to determine whether a detention is lawful or not).

The court also pointed out that the type of behavior that prompts a federal immigration detainer – simply being in the country illegally – is not a crime under federal law, but merely a civil violation (like speeding or possessing a small amount of marijuana). The court pointed out that there are elevated federal warrants used when the person in question poses a greater risk and that those should be enforced by state authorities. Detainer “requests” like the one in this case, however, are just that – requests, but they request Massachusetts authorities to do something illegal, that being holding a person without due cause.

While the holding of this case specifies that court officers may not hold people in custody in court houses just on the basis of a federal immigration detainer, the language of the decision makes it pretty clear that holding someone in this manner by any state or local law enforcement official in Massachusetts would constitute an illegal arrest, so its implications are significant. I believe it will cause a statewide cessation of holding anyone by local police, state police, county sheriffs, Department of Corrections, and court officers solely on the basis of a federal civil immigration detainer.

The court did invite the state legislature to address this through passing or amending state law, but did not delay the impact of the decision.

The full text of the case is here (although this link will expire in two weeks).

So if you’ve ever said something like “illegal means illegal,” you probably won’t be happy with this decision. If you think sanctuary cities are a good idea, congratulations because I think the entire state just became one. But if you already had a pretty good understanding on Massachusetts criminal law and procedure, the outcome of this case shouldn’t come as much of a surprise, because it’s based on principals that have been recognized in Massachusetts since before the Revolution.