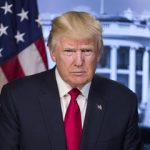 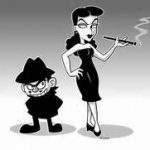 Maybe the American Psychological Association (APA) can add a new syndrome to the behaviors that members of the APA observe and treat. I don’t know what else to call it other than Trump-Monitoring Fatigue. I’m not so far over the edge that I need to check in with a support group, but I recognize signs that point to a certain disfunction. I’ve stopped watching daily news broadcasts on TV. When I see the newspapers (Sun, Globe, NY Times) on the table in the morning after my wife has brought them inside from the enclosed porch, I turn away. I can’t wait for the Red Sox games on TV. Isn’t it great that baseball is 162 games (some people say that it’s 162 seasons for Boston fans—and I would direct your attention to Jack Neary on Facebook for proof.) Thankfully, they are fun to watch and winning more often than losing. The On Demand feature on our cable service is getting a workout, too.

I feel as if I’ve been on a sixth-month self-appointed watch team keeping track of the infractions and abuses of the Trump Administration because it seemed to be so risky not to pay attention. I know a lot of our readers feel the same way. I can tell by the waves of Facebook posts each day, the Shares of news and commentary that show no sign of slowing down. But, you know what? Paying too much attention is not a healthy way to go through the day. A friend of mine at the local university said he gets up each morning and cannot believe what is going on in Washington, D.C. Plenty of people just cannot process the reality of the royal Trump family running the White House and standing in officially for the nation.

I’ve been thinking that what we have is not so much a new presidential administration but rather the nightmare scenario that many of us feared: a reality TV show about a crass, super-wealthy family of business people who are dabbling in national politics. It makes sense doesn’t it? This is what the family leader knows. He played a stern, all-knowing business tycoon on TV for about ten years. He’s an actor, after all. And an actor with near 100 percent name recognition. As a ten-year-old my son had a 12-inch tall Donald Trump doll with a string in its back that said “You’re fired” when pulled. So, this is it. This is happening. Just enough people in just the right few states put Trump into the Electoral College driver’s seat and he won the race. His supporters are rightly satisfied saying, We won. True that. But the bunch of us who didn’t favor that outcome can’t be expected to go along and get along with a result that we view as perilous to millions of Americans, never mind the world. And so, we monitor what’s happening, figuring that the alarm bell is going to go off one of these days and we better be informed about the crisis.

The problem is that Trump is a genius at making himself the center of attention. He doesn’t even mind being the target of derision if the focus is on DT. He has pretty much had his way with most of us since January. The camera has not blinked. The spotlight has not burned out. The microphones are never off. And that’s just the way he wants it. In this way he snuffs out any attention on others in the political drama. He did this in the Republican Party primary to full effect. He didn’t even have to pay for advertising. Jeb Bush spent a mountain of money. The Donald stayed home and called in to Fox and the Today Show and Morning Joe. What a deal. He was the king of free media. He’s doing the same thing now with his Tweets and jabs at the media and Democrats. With world leaders on stage he calls an audible like Peyton Manning at the line of scrimmage: Omaha, Omaha (or whatever Peyton yelled). The result is headlines. He devours headlines and Breaking News bulletins. He tapes a lot of the cable news coverage and plays it back for himself at night. He said this to TIME magazine reporters during a tour.

He wants you and me to watch him all the time. But he has worn me out. I’m stopping. No more Trump monitoring for the rest of the year. I’m off it. I’m not going to be sucked in to his mind games. In fact, the worst thing he can imagine is for people to look away. Shut him down. Turn him off. Lots of people who are smarter than me have already figured this out and have tuned him out. I’ve been politically engaged since I saw President Kennedy give his inaugural address in 1961. I enjoy the workings of politics and government. I know it is not everyone’s strong interest. However, I assume the majority of our blog readers come to this space on the web because of their special interest in politics. That’s what we advertise.

So, maybe our readers constitute a kind of support group after all, which is why I’m sharing these thoughts and recommending that you, too, avoid the sand trap of the Trump-All-The-Time golf course. Go play your own games. Give yourself a break. Let US Sen Elizabeth Warren and California Gov Jerry Brown focus like a laser beam on Donald Trump. They’re getting paid for it. We elected them to pay attention all the time. Your time is better spent organizing locally to affect the politics in your town or city. Your time is better spent preparing for the next national election in 2018 by encouraging outstanding candidates or incumbents to run against Trumpism. Your time is better spent refining your argument about why there must be thoughtful change in our politics and a shift in the balance of partisan power at state and federal levels. We’ve watched Trump long enough now. He’s not going to change. Spend your time more wisely. I think I’ve learned that lesson after six months.