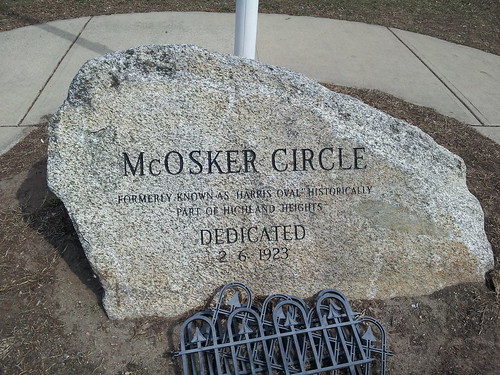 This is the second installment of my Lowell in World War One series which commemorates the centennial of the entry of the United States into World War One. To help commemorate this anniversary in Lowell, each week during 2017 and 2018, I hope to post the daily headlines that appeared in Lowell newspapers at that time. Here are the headlines from last week, and from this coming week, from one hundred years ago:

April 4, 1917 – Wednesday – Lodge urges all support to Wilson. Aggressive war on Germany. Plans in force as soon as war resolution put through. War Resolution debated. Company M, Ninth Infantry, guarding railroad bridges in the city, and the young soldiers were pleased to receive orders as life within the four brick walls of the armory was growing very monotonous. Hugh J. Molloy, superintendent of schools, has sent a letter to all of the masters and principals of the public schools in the city requesting that the salute to the flag and the singing of the Star Spangled Banner be made a part of the opening exercises each day in every school room.

April 5, 1917 – Thursday – War before night. Debate on the War Resolution opens in the House. Chairman Flood made the opening speech – Passage before night by a heavy majority expected. House to follow lead of Senate and pass resolution. Companies C, G, and K, the three local companies of the Sixth Infantry Regiment, are expected  to be mustered into Federal service this week.

April 6, 1917 – Friday – War Declared. House passes resolution by vote of 373 to 50. Adopted at 3 O’clock this morning after 17 hours of continuous debate. All German vessels in American ports are seized. Lowell’s New Battery in the making. Companies C, G, and K take Federal oath

April 10, 1917 – Tuesday – 250 killed and 300 injured by explosion in munitions plan in Chester, Pennsylvania. Cardinal O’Connell’s Patriotic Appeal – “God and our Nation” the spirit of his clarion call for united action of all classes in support of the flag and God-given freedom. Everything quiet at state armory. Amateur wireless stations closed in Lowell.