The Curse of Double Telephone Poles

If you drive from South Lowell/Lower Highlands towards Downtown there appears to be a demarcation line, where suddenly the streets seem brighter, less congested, and you can see the sky without any obstruction.

All the utility wires are underground in the Central Business District.  In the neighborhoods, they are growing like an invasive plant.  I fully understand why they are a necessity. I like electricity, I like watching Netflix, Amazon Prime, and Hulu; and of course I love my high speed internet.

However, these growing demands do not explain nor excuse the conditions of these poles. A few years back, we had a couple of Lowell City Council members who never missed an opportunity to question the utility representative who came to the meetings to ask for a new pole or perhaps to expand the service in a particular area.  These Councilors were disturbed about the “double poles.”  As much as the City complained, there was very little they could do.  If you refuse the utility’s request, you are harming a business or a resident.  The utilities are not regulated by the municipalities.

So today, what do we have in our neighborhoods? A variety of unsightly combinations of wood, metal and wires. Here’s a sampling: 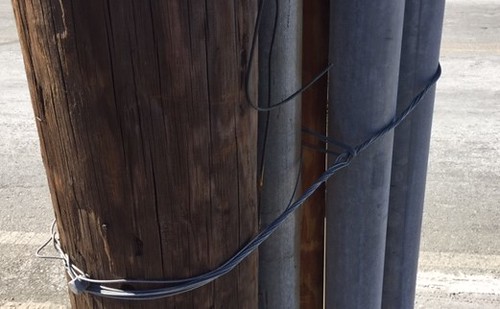 Double poles kept together with wire 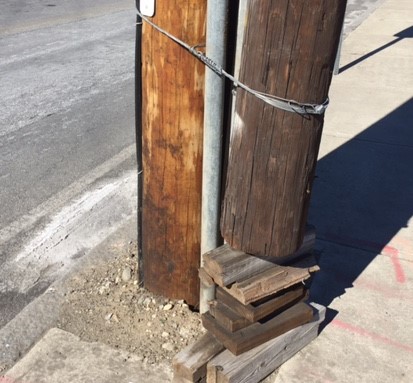 Double poles that sit upon a pile of scrap wood 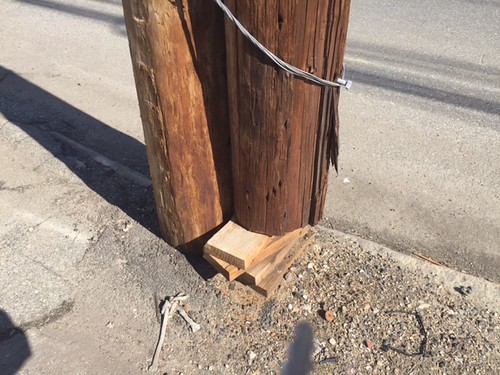 Double poles the have lost their footing 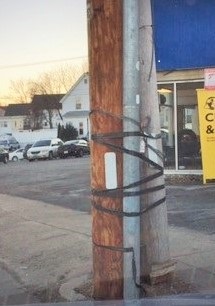 Double poles held together with tape 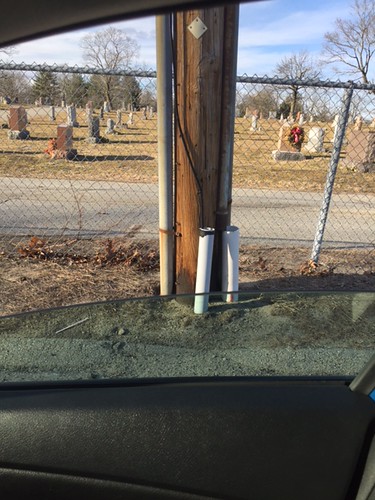 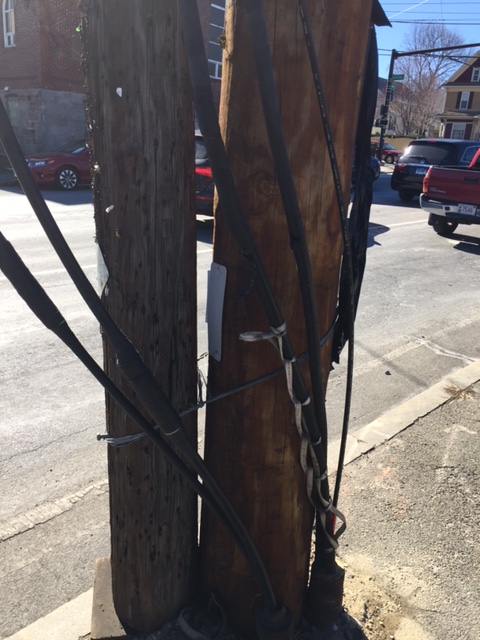 Double poles with loose wires after the metal tubes fall off 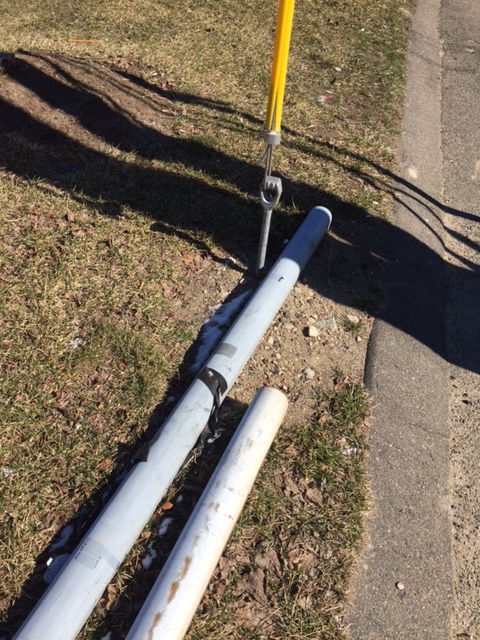 Double poles with metal tubes on the ground 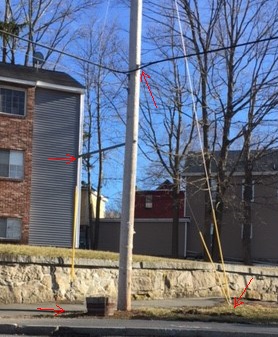 This method of installing and maintaining utility poles is not unique to Lowell. It happens in other Massachusetts cities and towns as well as other states.  But we are special in that the poles in some of our streets are poorly maintained and wires are attached and added with total disregard to the aesthetic value of the neighborhood. To me it is a quality of life issue. I strongly suggest you drive down Gorham and Chelmsford Streets and look at the number of poles that bend in every direction and carry dozens of hanging wires.  It is not pretty.  They are not the only two streets in that condition, however, this abuse of the public streets is not consistent throughout the City.

Unfortunately, as I had previously stated, the City is limited in what it can do.  However, we do pay for these services and they should be delivered without abusing our sidewalks and streets.

5 Responses to The Curse of Double Telephone Poles