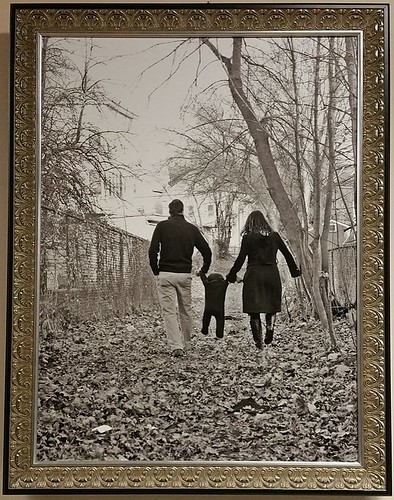 Former Mayor Patrick Murphy now lives elsewhere in the Commonwealth, but he still follows events in Lowell. This morning he sent me this essay that shares his thoughts about the benefits of a trust ordinance for Lowell.

Thoughts on a Trust Ordinance for Lowell

For Christmas this year, I gave my sons a gift of two books to share and read when they grow older: Howard Zinn’s A Young People’s History of the United States and Henry Thoreau’s Civil Disobedience.  Both seemed fitting for this moment in our history, and to my own task as a father to raise respectful, thoughtful rebels.  Yet there is apparently little need for teaching the latter half. Ask the three-year old to pick up his blocks, or the ten-month old to lay off with the rocks in his mouth, and I am greeted with wide, roguish grins.  So perhaps it is more useful at this point to share some thoughts from those two works and elsewhere with others, including my former colleagues on the City Council, in order to shed a bit of light on the question of whether to become a sanctuary city, or adopt a local Trust ordinance.

Such logic is hard to argue with.  However, when I and others say or write that there is no such thing as an “illegal” human being, the point is not to suggest that there is no such thing as an “illegal activity” or that we should now have no borders or orderly process for crossing them, but merely that there is a discernible and important distinction between criminals responsible for wrongdoing and persons who simply find themselves in a place from which they have been restricted by law.  Laws, after all, are written by flawed human beings; borders are drawn arbitrarily by the same.  Take the Mexico-U.S. border, for example. Before the expansionist President James Polk led the United States into war with Mexico, much of what is now our Southwest was Mexican territory.  Mexico lost; the border changed. Or consider a group of European immigrants at the turn of last century, who are often cited as coming here “legally.”  Few laws even existed then to restrict them from entering the U.S. in the first instant, until a rise in nativism prompted changes in 1917 and thereafter.  By those standards, my own family came here “the right way,” I suppose, from Ireland where a foreign power ensured that they had hardly a “legal” right to exist in their own land.  If not here, where? What would “the right way” for a Chinese family have been to come to this country in the late 1800s or later? What would it be for so many afterwards who did not or still do not fit into the quotas and legal requirements simply because the laws were not written for their benefit?  Clearly, laws do not always or necessarily accord with higher, natural laws. But they certainly change over time, and thanks be to those who fight for it, sometimes they evolve.

The City Council Chambers is a funny place.  Renovated since my departure, it is the site where the local legislative body meets to deliberate and make decisions that set the course for the city of Lowell—a  place where people are meant to search together for solutions to problems.  Yet it seldom seems to happen in that manner.  Very often problems get to the point where they cry out for solutions before any real searching is done.  And then you can feel the level of tension in the room tighten when a difficult decision must be made; thus it sometimes seems like much of that nervous energy is spent instead trying to avoid such situations altogether. Indeed, that this petition—on an issue that has been widely publicized nationally—was brought before the City Council for discussion by residents rather than any councilor’s motion speaks to the need on the body for much more diversity in background, experience, neighborhoods and thinking. But to dismiss this as a “federal issue” over which the Council has no control or with which it has no concern greatly underestimates its own power to respond locally in the face of a national abuse of it. And to ask for a recommendation from the city administration on what must be essentially a Council decision on its values and priorities strikes me as an odd punt from a group that had once liked to remind the manager who is boss—a request for a sort of political sanctuary.  If not the strangest, the most dangerous notion promoted last Tuesday suggests that the Council should avoid voting on a Trust Ordinance because these things tend to be divisive, “forcing people to take sides.”  I wonder, would those organizing for a suburban high school at Cawley back down from their proposal if it were deemed too divisive?  Why debate, decide and vote on anything?  Why? Because regardless of the outcome of that debate, public discourse is an important part of building greater awareness and understanding of an issue and the people it impacts; in short, it is fundamental to evolving a sense of community and shared learning.

A valid question is why the Council ought to act on anything, if the policy of not routinely checking immigration status has already been written and is followed by the Lowell Police Department. To answer it, I think you need to put yourself in the shoes of an undocumented immigrant who has either overstayed their visa or was brought here as a child and is genuinely fearful that President Trump’s actions could lead to their deportation from the United States to a life they have fled or never known. One misstep and your life and world changes forever.  Ignoring that feeling of fear is a real failure to empathize with fellow Lowellians.  Asking, to some effect, “How many calls have I received from people who are afraid to make calls? None. See?” is a failure to see that people experience the city and world in different ways. What I would want most is reassurance that my city cares enough for me that it will protect me, regardless of presidential whims. As a city councilor under no threat of deportation, a police policy might be enough, but as someone affected or with friends and family affected by the President’s proposed or signed policies, I think I would want more than a document few people—whether members of the Council or general public—knew about before Tuesday. I would want to know that a policy so devised could not be so revised—that any change would have to come before the Council again and be submitted for public discussion.  And more than rote flag raisings, I would want to know that the people who represent my city would not hesitate to stand up for me with a public vote on official policy and affirmation of my welcomed membership in the community. And I would especially want to know that, given the attendance of a few city councilors at a Trump rally early last year, which raises quite a different sort of flag.

Lastly, the language of the policy is still unclear on a key question—that is, what will happen when the general spirit of the policy comes into conflict with the specific application of federal policy.  Though General Order 320.07 of the LPD states generally that the Lowell Police Department is not interested in immigration status, there is ambiguity on the very first page as to what that practically means in a circumstance where federal officials request help on an operation in which the Lowell Police Department would otherwise, per this policy, not participate.  It reads that this policy “does not preclude the Department from cooperating with and assisting federal immigration officials from the Immigration and Customs Enforcement Agency (ICE) when formally requested…”  Later in the document, it continues that the department will not participate in immigration operations “unless it is in direct response to a request for assistance…”  It is precisely because one can imagine scenarios during the Trump administration where federal immigration officials more proactively pursue enforcement of immigration laws and deportation proceedings that this policy needs more clarity.  When local and national priorities conflict, which will win out? Will there be cooperation in all cases when requested, or up to a point? What point? Pursued to its logical end, the City Council could, in effect, be deferring a policy judgment to the city manager and police leadership, who in turn, at times, might defer to federal authorities if requested.  Is this truly fulfilling the intent of a Trust Ordinance?

Unfortunately, it sounds like there is little political appetite in the city to formally declare its support for law-abiding undocumented immigrants and adopt a version of the Trust Ordinance, with a spectrum of thought from outright opposition through indifference to the understandable belief that the current policy is the best that can be hoped for now. It may very well be the case. But I think it is nonetheless important to push the boundaries of what is thought possible, in order to see more clearly what is. At a minimum, I would suggest that the petitioners publicly seek clarification on the policy. Residents may register to speak on the Communications portion of agenda this coming Tuesday, February 14th, to tease out the differences between a Trust Ordinance adopted by the City Council and current policy.  More than that, I would suggest the city itself seek the counsel of its Immigration Assistance Commission—initiated by then Mayor Milinazzo—to help provide the City Council with different perspectives on relevant issues like this one and a range of recommendations for how Lowell can work to become an even more welcoming city than it is.  Commission members could review other municipal policies—support work on a Limited English Proficiency Plan to ensure equal access to government and its services, plan for encouraging more diversity on boards and commissions, research the need for increased resources to non-profits that serve refugee and immigrant populations and school department programs that might need greater support, etc.  In any case, residents should not let this moment pass without having their elected representatives show, concretely, what they are willing to do to protect those whose only crime has been to seek shelter and refuge in our midst. Now, perhaps more than ever, it is an important time for leaders to speak up for those unable to speak for themselves.

7 Responses to Patrick Ó. Murphy on a Trust Ordinance for Lowell