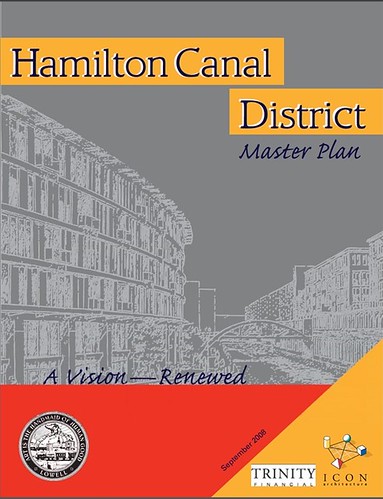 When Winn stepped forward in May 2016 to become the second Master Developer—remember, Trinity Financial, the Master Developer chosen in 2007, withdrew in 2015—Winn did so based on the assumption that the Hamilton Canal Master Plan of 2008 still reflected the city’s vision for the development.

That plan called for a “mixed-use development” which means a blend of commercial, retail and residential uses. The Executive Summary of the Plan (which I can no longer find on the city website but I did download a copy previously) specifically stated “[the Hamilton Canal Development] has the potential to create up to 425,000 SF of commercial/office space, up to 55,000 SF of retail space, and up to 725 units of market rate and affordable housing.” And one of the project goals was “Successfully develop a residential component that appeals to consumers seeking an urban experience with access to Downtown Lowell, rail access to Boston or highway access to the Route 3 and Interstate 495 corridors.”

But the city seems to have tossed the 2008 plan out the window. Any effort by Winn to construct housing has been met by near solid resistance by the city council with more and more councilors stating a preference for “all commercial” uses in the development.

A Friday Lowell Sun article by Todd Feathers (“Lowell leaders still bullish on Hamilton Canal despite losing master developer”) talks about these “divergent visions” for the project—Winn sticking with the Master Plan and councilors wanting something else, as a reason for the developer’s departure.

Comments by Ed Cafasso, Senior VP of Communications for Winn, in the same article are telling. Cafasso wrote that “Without a new, evidence-based Master Plan and significant community consensus to support such a plan, there is no realistic strategy to make the Hamilton Canal District a reality over the next decade.”

Translated, that “no realistic strategy” says “we wish the city well, but other than the state-funded courthouse and some state-funded infrastructure, nothing is going to happen in the Hamilton Canal District until 2027, at least.”

Even more significant is Cafasso’s call for “a new, evidence-based Master Plan.” Evidence-based? That’s what the original Master Plan was, but it sounds like Winn is saying the city’s approach now is not based on facts and evidence but on gut feeling.

All the “commercial only” comments do make me feel like we’re in “gut feeling” territory now with councilors longing for 1970s style suburban office parks that don’t even work in the suburbs anymore.

Cities that succeed today have embraced mixed use developments that allow people to live, work, relax and play in the same space. It’s that mixture that attracts the workers who in turn attract innovative companies to cities. That’s what the original Hamilton Canal District Master Plan called for and that’s what we should continue to pursue today.

I’m enjoying the passionate arguments underway for both the downtown and Belvidere options for the new Lowell High School. I can envision a great, state-of-the-art school in either place. My biggest concern about pulling the high school out of downtown has long been what will take its place? As we see from the Hamilton Canal District, doing a big development in downtown Lowell is tough.

That same question—what would take the place of the downtown high school?—is also on the minds of at least a couple of councilors. This Tuesday night, Councilors Bill Samaras and Jim Leary have a motion that requests the city manager “have DPD provide a report regarding the economic potential for the Lowell High School site in the event that the school was to be moved.”

In the meantime, let the high school debate continue. This process is a little bit like a court trial. The whole basis of our judicial system is that in a fair trial with both sides making their best cases and giving their best arguments, the correct decision will be reached. That seems to be what’s happening in the community now.

This coming Thursday at 6:30 p.m., the city council will meet as a committee of the whole to discuss the recommendations of the Lowell High Building Committee and “new construction and modular classroom use per site visit.” This meeting will be in the city council chambers and should be televised live on LTC. It will be worth watching.

After a not-very-welcoming reception from the city council last Tuesday night of the petition from a group of citizens who requested that the council investigate whether adopting a “trust ordinance” would be a good thing for Lowell, one of the petitioners, Sue Kim, shared an essay that explains what a trust ordinance is. If you missed that explanation, please check it out.

The council did refer the petition to the city manager for a recommendation. The manager’s response is included in the online city council packet for this week’s meeting. Here is the pertinent part of the city manager’s letter to councilors:

“Attached, please find a copy of a Lowell Police immigration enforcement policy. The General Order #320.07 made effective on April 8, 2015, addresses concerns similar to what is typically outlined in a Trust Ordinance. . . . The comprehensive policy is and has been an established practice of the Lowell Police Department for nearly the past two years. It is my opinion the City has an established existing policy expressing its support and acceptance of all residents and therefore no further action is required.”

Two weeks ago, I attended a meeting with Chief Justice Ralph Gants of the Supreme Judicial Court of Massachusetts. He spent the day in Lowell, visiting the courthouses and speaking with many of those who work in them. Among those present at the meeting I attended were District Attorney Marian Ryan, Sheriff Peter Koutoujian and Police Superintendent William Taylor. All three expressed grave concern that if their respective offices are somehow required to get more involved in federal immigration enforcement, it will do serious harm to their ability to do their jobs and safeguard the communities they serve. While there was a reporter from the Sun present throughout this meeting, there was no audience other than the Chief Justice. The comments were all sincere, thoughtful, and thoroughly explained.

I mention this anecdote to bear witness that General Order #320.07 of the Lowell Police Department isn’t just words on paper. It’s the sincerely held belief of the top law enforcement people in our city and region.

What people in leadership as well as ordinary citizens believe, and how they act towards others, is in the end more important than any label that might be affixed to the city. For that reason, I believe the city manager’s letter to the council with the police policy attached is sufficient for now. But those words will mean nothing if people fail to stay involved in the community and to embrace every member of this community, regardless of their race, religion, gender or social class.

As January came to an end, I confess to saying something like “we might just get through this winter without any serious snow.” But now it seems like it has snowed almost every day since I made that statement.  Thursday we had eight inches, three more yesterday, and a foot or more forecast for today and tomorrow.