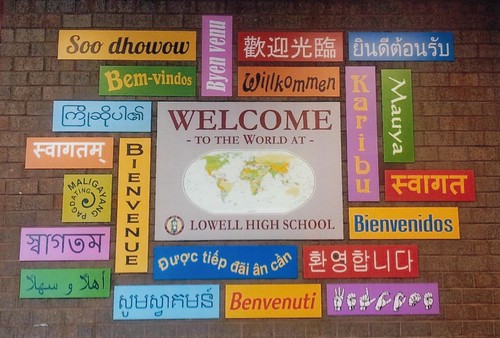 What troubles me most about the first week of the Trump Presidency is not the actions of the president—although I find many of them reprehensible. What troubles me is that so many Trump voters have cheered his every move. While we have always had disagreements about policy priorities, there has usually been in America broad support for shared values and aspirations. I don’t think that’s the case anymore. Looking back in history, I think the last time citizens in this country have been so divided in their views was in the decades that led to the Civil War.

Friday’s Executive Order banning refugees from certain countries with mostly Muslim populations exemplifies this split. I think it’s ill-conceived, ineffective, discriminatory and short-sighted. The terrorists could not have devised a better recruitment tool themselves. But many others think this ban is long overdue and perhaps doesn’t go far enough.

There are many theories on what has caused this national divide. I believe a disregard or ignorance of history is a big part of it. Knowledge of the past provides a context for assessing today’s events and inoculates the individual against propaganda and pronouncements that can’t withstand historical scrutiny. As Harry Truman said, “the only thing new in the world is the history that you’ve not yet read.”

That’s why yesterday’s New York Times article on Lowell, Massachusetts and refugees was so timely. The article introduced us to some of the city’s newest residents, from Syria, Iraq, Burma, and other countries, and traced their pathway to employment and integration into the community. Next it discussed another era’s refugees, the Cambodians, and how they transformed Lowell in such a positive way. It closed with stories of earlier immigrants from Ireland, French Canada, Poland, and Portugal and ended with a quote from Luis Pedroso, the millionaire entrepreneur and philanthropist from the Azores who came to Lowell as a penniless youth several decades ago. Here’s what Mr. Pedrosa said:

“Lowell has been known as a location for so many different, diverse parts of the world,” he said. “It’s a shame that Mr. Trump sees that he needs to be doing this.” 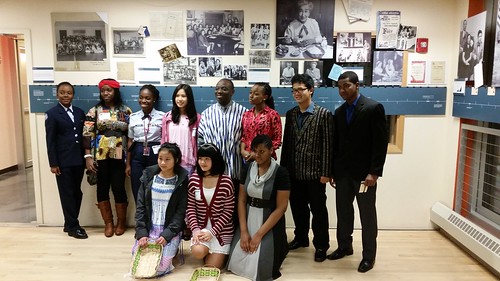 Volunteers (and former clients) of International Institute of Lowell

Coincidentally, the above photo is from the International Institute of Lowell’s 2014 American Dream Award ceremony, which was presented to Mr. Pedroso, a former client of the International Institute. That event also featured an interactive timeline that traced Lowell’s history through stories and photos of immigrants who settled here through the years. The above photo shows event volunteers, all present or former clients of the Institute, standing in front of the Lowell immigrant timeline.

The young people in the photo were all refugees or recent immigrants. Lowell is a better place because of them being here. Yet since Friday, some would be banned from coming here simply because of their religion or their country of birth. That’s just not right.

Based on the widespread protests at many airports last night, I’m not alone in thinking this new policy is wrong. But maybe that’s the whole point of the policy. It’s irrational in that it fails to ban people coming from the countries whose citizens have launched terrorist attacks against us, like Saudi Arabia, the home of most of the 9/11 hijackers. Trump owns properties in Saudia Arabia (and in Pakistan and in other places that should have been on a legitimate list of this type), and Exxon, whose CEO is our incoming Secretary of State has big business interests in Saudia Arabia, so personal and financial self-interest could be the reason this administration did not include other countries that should have been on such a list. But another interpretation is that this executive order is all about domestic politics, about keeping us divided, with some of us protesting in outrage and others outraged at the protesters. That’s how authoritarians keep power. In that way, Trump has had a pretty successful week.

The main reason I think that Lowell High School should stay downtown is my skepticism about what might take its place. The current school has a huge footprint in a strategic location and its departure would leave a gap in the downtown fabric. To those who scoff at that concern, please shift your gaze three hundred yards westward to the Hamilton Canal District which has been vacant for more than a decade, with only the state funded courthouse underway as new construction. That’s not to fault anyone on the Hamilton Canal District, it’s to illustrate the challenge of filling a big space in downtown Lowell.

One observation I’ve had from the beginning of this project is that there’s been no grass roots constituency pushing for a new high school regardless of location. A few decades ago, a strong and active Citywide Parents Council would have taken the lead, but until recently, no pro-student advocacy group emerged with a strong voice. That seemed to change within the past few weeks, as a group of parents (some with children now attending Lowell public schools, others with children who intent to go to Lowell High) has burst onto the scene to promote building an entirely new high school on the Cawley Stadium grounds in Belvidere.

Notwithstanding my concerns about vacating downtown, if a vibrant, student-centric group emerges to convince decision-makers that Cawley is the best option, I’m OK with that.

The process will continue on February 8, 2017 at 6:30 pm at the Sullivan School when the Belvidere neighborhood group hosts a meeting on the possibility of having the new high school constructed in that neighborhood.

In the online packet for this Tuesday’s council meeting there were some interesting responses to past council motions. Here are a few:

Referendum re New Lowell High on November ballot – The process of adding a non-binding referendum to the city election ballot is pretty simple—a petition signed by ten voters plus a majority council vote by August 9—but having a special election just for a non-binding referendum would be costly and complicated (this latter part is important because by November, the decision may already have been made given the state’s timetable).

Roberto Clemente Little League – There is a little league in the city named in honor of Roberto Clemente, but the league has no field to call their own. It seems that the Acre Youth Organization which has played at Koumantzelis Field at the Bartlett School, has disbanded its own little league and is willing to cede its rights to play on that field and its baseball equipment to the Clemente League. Also, the baseball field will be renamed Roberto Clemente Field with the larger park retaining the Koumantzelis name. There will be a dedication ceremony to coincide with the league’s opening day on May 27, 2017.

Public School Heating and Air Conditioning – The city has identified $560,000 in unspent funds from prior capital plans that will be devoted to repairing heating and air conditioning units in city schools. The city is in the process of hiring contractors to make repairs at a number of the schools.