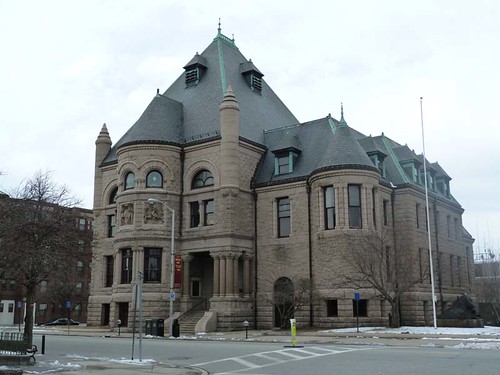 We Have a Basket Full

First, some historical context: Hillary Clinton will be the fifth candidate in the nation’s history to win the popular vote and lose in the Electoral College. The others were Andrew Jackson in 1824; Samuel Tilden in 1876; Grover Cleveland in 1888; and Al Gore in 2000.

This is really the first time someone with no previous political experience has ascended to the office of the presidency. Donald Trump did not adhere to established norms of political discourse and political campaigning. However, he leveraged racial resentments and elevated scapegoats to explain economic inequality in ways that have been normal features of our political discourse.

Barry Goldwater and George Wallace—who was never a Democratic nominee but challenged to be in 1968 and 1972—are appropriate examples of candidates on the national stage who tapped into racial resentment – but they did it using coded language, they winked their bigotry. Trump shouted his at every turn, against Mexicans and Muslims while casting African Americans as “other” with his repeated conflation of “inner city” with the “the blacks.” Open appeals to bigotry were stark.

There are precedents for the Trump campaign and what he advocated—the anti-Asian, anti-immigrant politics of the early 20th century that culminated in the restrictive, quota-based Immigration Act of 1924, the open attacks by the KKK on Catholics during the 1928 presidential election when for the first time a major party, the Democrats nominated a Catholic, Al Smith, to run for president, the deportation of one million Mexican immigrants and Mexican-American citizens during the 1930s, the internment of well over 100,000 Japanese-American citizens and Japanese immigrants during the Second World War on the Executive Order of Democrat Franklin Roosevelt, all come to mind.

We have a basket full, a myriad, a plethora of problems in front of us as a country, from race relations, to immigration reform, to the growth of income inequality, to issues pertaining to women’s reproductive health and the right to choose, to our crumbling infrastructure, climate change, too expensive college education, and the absence of a coherent urban policy to our absolutely failed foreign policy and wars declared and undeclared in the Middle East.

While I never thought either of the final candidates would even remotely attack these problems in a coherent way, I was somewhat optimistic at the start of the primary season that a vigorous, honest debate about the many crossroads we face would sketch out the way forward. Oh stupid me.

From 1980 to 2014, average national income per adult grew by 61 percent, yet the average pre-tax income of the bottom 50 percent of individual earners has stagnated. Since 1980, the share of total income going to the top 1 percent of earners has doubled, while the bottom half’s share has narrowed. Stagnant wages for many Americans are a major culprit here. In three and a half decades, their incomes have barely changed while those at the top have tripled. The source of that income gain has also shifted at the top; more is coming from returns on investments rather than wages. That makes it harder for the bottom half, with much less capital, to catch up.  Wall Street wins—Main Street loses yet again!

So the complex issues we struggled with before the election remain and now in my opinion sits at the head of the table someone fundamentally incapable of helping the country tackle a single one of these issues in an honest way.

A campaign fueled on hate, a campaign fueled on raising being a bully to an art form, a campaign and last few weeks as the new administration is staffed up, that demonstrates that on issues connected to human rights we will be asked to take giant steps backward, away from everyone enjoying the fundamental freedoms that some of us here this morning take for granted. This is horrifying to me.

I have no doubt that Trump as president will ratchet up the inner war, the dismantling of any semblance of a state which sees as one of it singular missions the protection of everyone’s civil rights. He has signaled this with his appointment of Steve Bannon of Breitbart News as his chief strategist.

When his promise to bring back hundreds of thousands of manufacturing jobs fails – which it will — scape-goating will escalate. Meanwhile Jeff Sessions, Trump’s choice for attorney general, will be hard at work trying to reverse-engineer the country’s post Second World War long, slow march to greater equality.

One of the other Saturday speakers, Sue Kim, has also shared her remarks, and my notes from the event are also posted online.

2 Responses to We Have a Basket Full