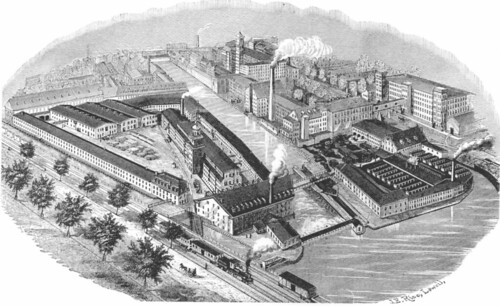 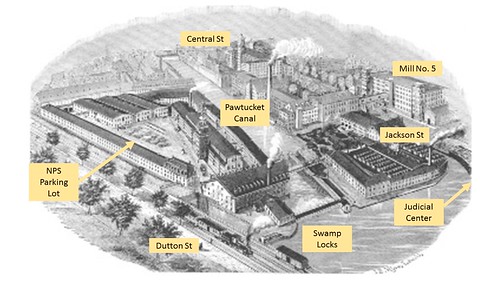 The machinery for Lowell’s first mill was built in Waltham but the Merrimack Manufacturing Company soon established its own machine shop to construct machinery for use in the city’s expanding mills. Incorporated in 1845 as a separate company, the Lowell Machine Shop was soon producing cotton machinery, water turbines and even locomotives for companies across America.

By 1860, Lowell was the second largest city in Massachusetts with 36,000 residents with nearly 14,000 employed in the city’s 52 textile mills.  Each week, those mills turned 800,000 pounds of cotton into 2.4 million yards of cloth.  Railroads became increasingly important to transport cotton to the city and finished goods from the city to markets.  (Courtesy of ROC

Whether it was advanced mill machinery, increasingly efficient water turbines, or some of the first locomotives built in this country, the Lowell Machine Shop was a center of innovation in 19th century America.  The land it was built upon is now known as the Hamilton Canal Innovation District. As the city seeks to turn the vision for this new development into reality, we would be wise to embrace the site’s past, and hope that history repeats itself.