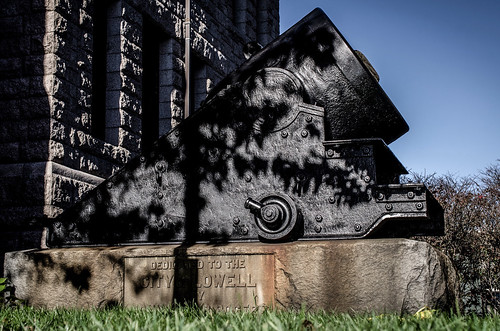 Seacoast Mortar, 1862, was used at Fort Pitt, Pennsylvania and believed to be one of only twenty-six such Civil War era artillery still in existence. It is installed on the grounds between Lowell City Hall and the Pollard Memorial Library. Congressman John Jacob Rogers presented it to the City of Lowell in 1915 and on December 24th of that year the Lowell Sun reported: “The weight of the granite base is estimated at ten tons and it required the strength, ingenuity and skill of six men well accustomed to the handling of such things to pull the big base in position.”