I’ve heard only good things about early voting in Lowell this week. That was certainly my experience Monday afternoon when I cast my ballot at Temple Emanuel. On social media, someone who voted in Lowell on Friday wrote that 1710 people had already voted that way. This morning, the Boston Globe reports that according to Secretary of State Bill Galvin, 500,000 people will have voted statewide by the end of this weekend. That’s out of 4.5 million registered voters in the state.

Early Voting continues this week. Here are the sites and times. All are open from 4 p.m. until 8 p.m. on the date and place indicated, and any person registered to vote in Lowell may vote at any of the sites:

For now, early voting applies only to state elections which come every two years and not to city elections. But perhaps the city council, seeing the good response to early voting this year, will make an effort to bring it to city elections. It certainly would cost more, but it is the most significant effort yet to increase turnout, so it is worth the price. 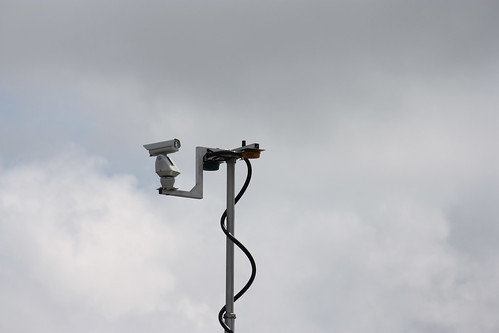 At Tuesday’s meeting, the city council voted to use $500,000 that was originally appropriated for Shot Spotter on 45 video surveillance cameras. The council voted for this proposal unanimously, but one resident spoke against it at the public hearing, invoking the specter of the surveillance state while passing out copies of Orwell’s 1984 to councilors.

I support having more video cameras in public places. I approach it more from a crime-solving/evidentiary perspective. Having video of what happened is far superior to relying on eye witnesses who are routinely mistaken in their observations and recall. Under the U.S. and Massachusetts Constitutions, you have a right of privacy in your house and on your person (that is, you can’t be stopped or searched without probable cause), but you have no similar right of privacy in a public space like a street or a park.

I do have one concern about video cameras and that is the potential misuse or abuse of the video they create. There should be a clear policy on who has access to the video feed and to the recorded video, and what it can be used for. Penalties for misusing the video should be strict enough to deter casual misuse. So I certainly don’t fall into the “if you’re not doing anything wrong, you shouldn’t worry about cameras” camp.

And what about the state’s public records law? Does that apply to the recorded video from these cameras, even the recordings of innocuous behavior? Can someone present the police with a public records request for all video recorded at a certain place at a certain time? Since we already have plenty of operational surveillance cameras in the city operated by governmental entities, I don’t think it will be a problem, but it could create some troublesome scenarios. But on the whole, I think the benefits of cameras far outweigh the problems they might cause.

There were 33 sales of real estate in Lowell this week and five foreclosure deeds recorded. These sales are shown by date of sale with the property address, sales price, date of prior sale, and price at prior sale, all shown on the Lowell Deeds blog.

Here are some of the reports and motion responses provided to the council this week: 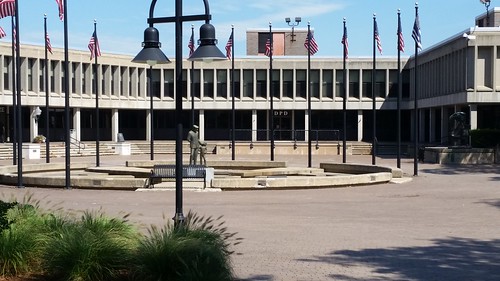 In August, Councilor Samaras had made a motion about permanently displaying the national flags of countries of origin of Lowell residents on JFK Plaza. The city’s Department of Planning and Development reports that the US and POW flags plus 18 national flags donated to the city after various ethnic flag-raisings are now flying on JFK Plaza. Flags of other nationalities may be donated to the Mayor’s office which will oversee which flags are displayed and when. (Flags are supposed to be rotated on a bimonthly basis).

Next spring, a large planter with benches will be installed along the Arcand Drive edge of JFK Plaza. This planter will block some of the stairs to the sidewalk and will replace some of the paving stones that have been disrupted by tree roots. This area, which is routinely blocked during Folk Festival, will also house future monuments. While several sets of stairs will be blocked, the city will install an ADA compliant ramp that will provide access up to the plaza level.

The fountain around the Rouses Memorial in the middle of the plaza was a safety hazard so the water was shut off long ago. DPD contemplates installing a garden around the outer perimeter of the memorial while retaining a water pool in the middle around that statue. 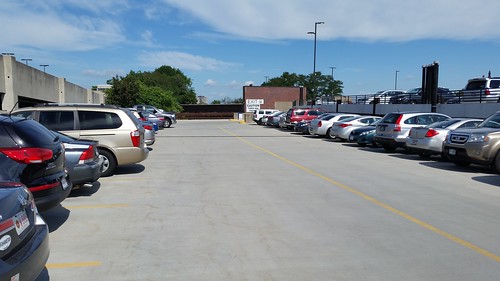 Councilors Leary and Samaras had asked for a report regarding plans to increase the number of parking garage spaces in the city. A comprehensive report from the city’s parking director was given to councilors this week.  In it, the parking director says the city faces “an overwhelming shortfall of available parking” in the Hamilton Canal District. The Edward Early Garage on Middlesex Street is already filled to capacity on a daily basis, and even though the city plans a new 800 space garage within the Hamilton Canal District, projections are that 2400 spaces will be needed, leaving a shortfall of 1600 spaces.

The report also observes that this lack of parking is not limited to the Hamilton Canal District. Other developments in the downtown, like the additional Mass Mills building, will require more parking. And many of the existing downtown buildings have vacancies on upper floors. It they are to be filled, they will need parking. The report points out that this is not just a city requirement; many lenders require assurances of traditional parking space availability before they will finance development projects.

What I find encouraging about the parking report is its conclusion that building more and more parking garages is not the answer. More garages are part of the answer, but they are the most expensive option. The parking director recommends a blend of parking garages and intelligent “parking resource management” that uses technology and best practices (like shared spaces and value pricing) to better manager parking. A vital part of that is also

shifting automobile use and ownership through bike shares, car shares, complete streets, intelligent transportation systems, effective public transit, and collaboration with city and state agencies, developers, businesses and residents to spur the use of these alternate, sustainable transportation methods.

The report concludes by recommending the council permit DPD to issue a Request for Proposals (RFP) for a parking study that will yield a long term, strategic, parking plan.

This report is very good work. It is evidence that the long tradition of excellent planning continues in Lowell’s Division of Planning and Development. But, while Lowell can produce great plans (see, for example, Sustainable Lowell 2025 and Hamilton Canal Master Plan), the city council does a poor job of following those plans – or even acknowledging their existence. Perhaps the reason for that is that strategic plans take five to ten years to implement, while councilors operate in two year cycles, with eyes fixed firmly on the next election. Maybe that’s why short-term issues like higher tax bills and jammed up bridges dominate discussion while long-term solutions to those problems and others are largely ignored. Still, it’s always good to have a plan, so hopefully the suggested one for parking will be undertaken.