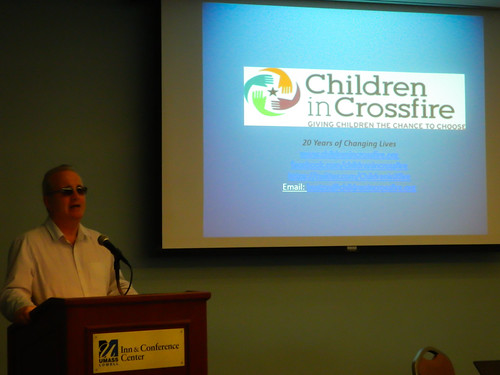 Richard Moore, founder of Children in Crossfire, speaking at the inaugural event of the Center for Irish Partnerships at UMass Lowell Speaker Series, UMass Lowell Inn and Conference Center, Oct. 24, 2016. In 1972 at ten years of age whilst on his way home from school in Derry, Ireland Richard Moore was blinded by a rubber bullet fired by a British soldier. In 1996 he founded the charity “Children In Crossfire.” He spoke on forgiveness, among many other things and I doubt anyone left the room untouched by his wisdom, humor, and grace.