Steve Koczela, who is president of the MAssINC Polling Group and a contributor to WBUR, has written a through provoking article on the state’s “weakening democratic foundation.”

Mr.  Koczela writes: “…when you get into the voting booth [next month], look how few of the contests on your ballot feature more than one candidate, and you will see one of the problems.”

I did look at my ballot and for the 5 state races, 3 of them are uncontested.

Although I am aware of the lack of challengers, I was surprised to find out the Massachusetts legislature ranks last in competitiveness. This data came from a wonderful website, Ballotpedia.  It provides an array of information including on election results; federal, state, and local government; public policy; ballot measures; budgets. 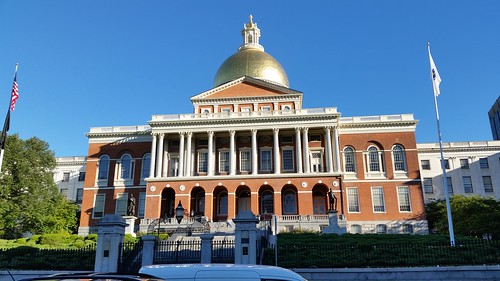 There was a time when we had a higher number of primary races but those days are gone.  Accompanying his article is a graph demonstrating data taken from a website of the Secretary of State on election statistics.  In 1970, the first year the data is collected 58% of the elections for State Representative were contested; in 2014, the number drops to 30%.

Koczela also points to the state Legislature conducting more and more of its business behind closed doors as another factor diminishing our democracy.  “From 1985 to 2010, the [Commonwealth Magazine] analysis found that the number of roll call votes fell about 70 percent in the House and 50 percent in the Senate.”

The Lowell Sun carries Bob Katzen’s Beacon Hill Roll Call column. It would have been better if they still had a State House office, but as we all know, the financial state of newspapers no longer allows for that type of coverage.  Katzen’s columns are full of details on how your rep voted, attendance, their salary and other pertinent information.  The Sun also subscribes to the Statehouse News Service; a press agency that provides extensive coverage of Beacon Hill.

I agree with Koczela’s conclusion that democracy in Massachusetts “could use a refresh,” but it is up to the voter to push that key. It may not be easy to find out what our legislature or legislator is doing, but the information is there.  Yes, it does take a lot of time looking for it, reading it, and understanding its impact on our lives.  Right now we have to pull the information, but we would prefer to have it pushed towards us.

We will have to decide whether to pull or work to have it pushed.  Otherwise, the trend of lack of competition for state legislature races will continue.