Attorney Daniel P. Leahy passed away on Wednesday, August 10, 2016, at age 81. Dan’s obituary is on the O’Donnell Funeral Home website and Chris Scott wrote a blog post highlighting Dan’s willingness to follow his principles regardless of the political consequences.

When I started practicing law back in 1986, Dan was already a leader of the Greater Lowell Bar. It was in his capacity as a lawyer that I knew him best. That was a time when the legal community was evolving from one that emphasized camaraderie, fairness, and fun to one that emphasized specialization and competition.

Dan was all about “camaraderie, fairness, and fun.” In the summertime, lawyers used to close their offices on Wednesday afternoons. By the time I entered the practice, that had stopped – except for Dan. One year, he placed an advertisement in the Lowell Sun announcing that his law office would be closed on Wednesday afternoons that summer to give him and his staff “time to reflect, relax, and enjoy life.” A few days later, another attorney teasingly ran an ad that said “if you can’t reach your lawyer on Wednesday afternoons, please call me.”

Back then, having a case in the Lowell District Court usually meant a long wait in the busy First Session until your case was called. The wait always passed more quickly and pleasantly if Dan was one of the lawyers sitting within the bar. His intelligence, sense of humor, and ability at mimicry, all caused an otherwise boring hour of waiting to morph into a visit to a comedy club. But Dan wasn’t just about humor. He was a very effective advocate, both in negotiations and in front of juries.

Later in his career, Dan ran for the State Senate and won, serving two terms (pursuant to a term limits pledge) and afterwards was elected to the Lowell City Council. But I’ll always remember him as Dan Leahy the lawyer, and so I’ll finish with a couple of pictures from Greater Lowell Bar Association portraits: 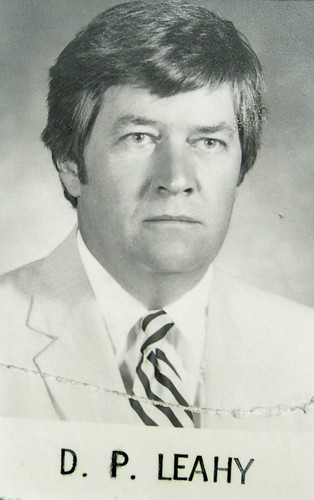 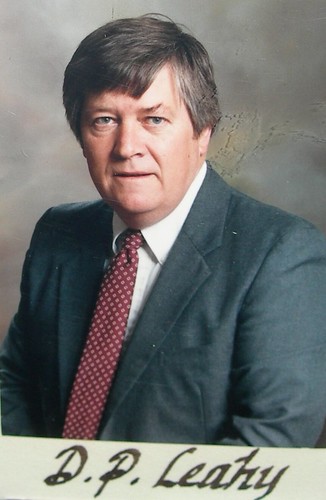 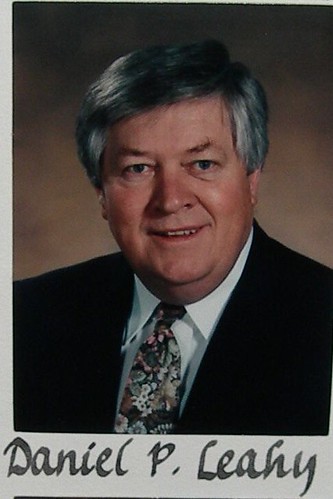