The Lowell Folk Festival arrived in the city in 1986, making this its 30th birthday. Roaming around downtown yesterday afternoon, the Festival seemed better than ever with big crowds at all the venues despite the heat. If you plan to go this afternoon, remember that it wouldn’t be a Folk Festival Sunday without the traditional afternoon thunderstorm to cool things off.

Below are some photos from yesterday: 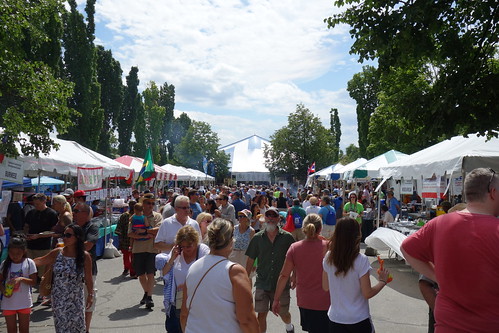 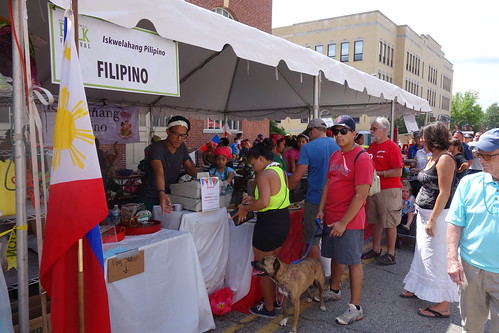 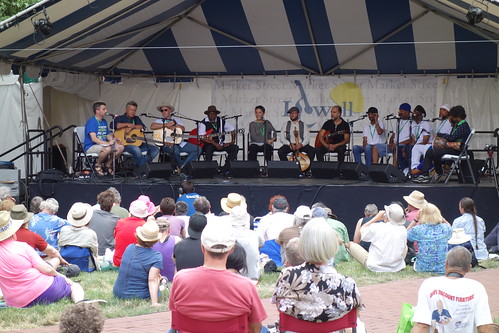 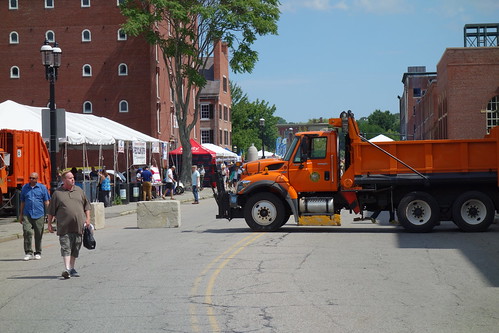 You are an INACTIVE voter

A postcard that arrived this week from the Lowell Election Office told me I had been placed on the list of inactive voters due to my failure to respond to the most recent city census. Except I had responded. Right away. On January 27 of this year, in fact, I wrote a blog post urging everyone to answer the census promptly; the importance being that if you don’t answer it, your voting status is changed to inactive. What happened to my completed census form once I placed it in the mailbox outside my office, I don’t know. All I do know is that it didn’t make it into the computer at the election office.

The postcard instructed me to check off a box (I’m at the same address, I moved to a new address, or some third option) and mail it back. Once received by the election office, my status should be changed back to active voter status.

Secretary of State Bill Galvin has a helpful tool on his website that allows you to enter your name, date of birth, and zip code (and check the “terms of service” box) and see your current voter status. Mine still reads inactive. Maybe the postcard I just filled out went to the same place as my city census return. I’ll keep checking.

Anyone reading this should use the Secretary of State’s website to confirm your voting status soon. If you discover that you are inactive, call or visit the Election Office at 978/674-1200 which is in Room 5 of the basement of City Hall.

While this is a small sample, it does not bode well for the upcoming Presidential election. True, the state primary comes first, but that is on the Thursday right after Labor Day (September 8, 2016) so the turnout is likely to be low. That won’t be the case on Tuesday, November 8, 2016. On the last presidential election day in 2012, more than 34,000 people voted in Lowell (in a typical city council election, only 10,000 vote). How many of those who come to vote this November will be deemed inactive? That doesn’t mean that they can’t vote; just that they have to show an ID and sign an affidavit. Still, a high percentage of inactive voters will make for long waits and long lines and more cynicism about the democratic process. I understand the need to keep the voting rolls up to date, but based on a my experience, the current method is not very effective and, more importantly, probably creates even greater difficulties for those who have already faced obstacles to voting. 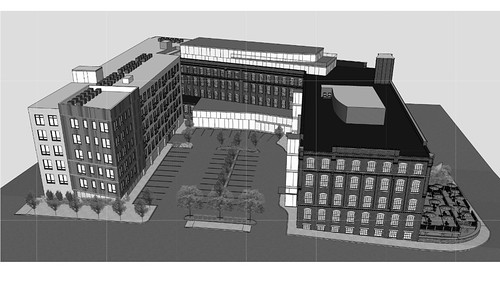 Thorndike Exchange is the name of the Sal Lupoli redevelopment of the former Thorndike Factory Outlet building that was once the home of the Charles I. Hood medicine company. The project requires a couple of special permits from the planning board, and so a “project narrative” now appears on the city website.

The existing building of 123,000 square feet will be renovated to make residential apartments (58,000 sf), commercial office space (57,000 sf), and two restaurants (7,000 sf). A new, 5-story apartment building (66,000 sf) will be constructed on the Keith Academy side of the parcel. This building will be situated perpendicular to Thorndike Street. In all, the development will create 118 new dwelling units. The existing surface parking lot, which will be repaved but reduced in size because of the new building, will provide 36 parking spaces and 28 more will be created underneath the new building. The project narrative also states “the Applicant has secured an additional 120 parking spaces within the LRTA parking garage, which will be leased to the Applicant by the LRTA and MBTA.” That will give the project a total of 184 parking spaces. Furthermore, the complex will have an elevated, enclosed walkway connecting it to the Gallagher Terminal.

This looks like an excellent project, particularly because of its proximity to (1) the Gallagher’s trains and buses; (2) the South Common, which is just across Thorndike Street; and (3) the Hamilton Canal District, which is on the other side of the Lord Overpass from this site.

There was a phrase that emerged from Lowell Walks last summer, first spoken by Paul Marion, I think. It was “just add people.” Paul said it in the context of downtown Lowell. When you take the 100+ people on the walking tour, the street, statue, building or business they descend upon is enlivened. Lowell needs more people to get out of their houses, to get out of their cars, and to start walking around, or sitting on benches or on front stairs. A critical mass of people gives any site vitality, making it feel more inviting and secure. That, in turn, attracts more people to it. Just add people.

That’s why making the city more walkable is so important. That’s true whether we’re talking about the Lord Overpass, Wellman Street, or Nesmith Street. I suspect that many of our decision-makers form their opinions about these kinds of things from behind the wheel of a car, not from standing on the sidewalk (which is not the case with City Manager Murphy, at least, who I see walking on Stevens Street every morning). The different perspective – being on foot – leads to different and better solutions.

Making Lowell a more walkable city will also better connect us with our past. If you think about how the city developed, it was really an alliance of neighborhoods, each a small village with its own shops, stores, schools, churches, parks, and eating establishments. This smaller community unit created stronger bonds between residents. People moved, but they mostly moved within the same neighborhood. And they didn’t need to get in a car to do everything.