I missed Tuesday’s Lowell City Council meeting and so watched a replay last night. Here are my notes. Because of this and because it is the Fourth of July holiday weekend, my Week in Review column will appear later this week:

Update on meeting between City Manager and UMass Lowell Chancellor Moloney. City Manager says they talked about the ICC tax agreement, sharing the cost of renovations to the Lower Locks Garage, and other things. UMass Lowell also presented the City Manager with proposed “master agreement” that addresses all of these issues. Murphy says the city needs time to review the agreement but he said relations between the city and the university are extremely positive now. Murphy says he expects to have a final agreement with the university ready for the council’s review and approval this September.

Discussion on list of nonprofits and payments in lieu of taxes they do not pay. Councilors urge city manager to meet with the CEOs of the top ten nonprofits on the list to discuss this further. Manager Murphy says he would like to speak with them to hear the reasons why they are not making any payments. He also says the city has compiled evidence such as 911 calls to the various places such as Lowell General Hospital to show the nonprofits how much they are costing the city. 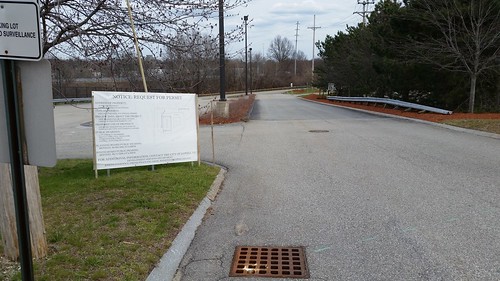 Site of proposed 240-unit apartment building on Wellman St. Chelmsford St is behind you; Lowe’s & Cross Point to the right; Lowell Connector straight ahead.

Councilors react to a report about the preferred use of property on Wellman Street, whether it should be a high-rise commercial property or the proposed 240 unit apartment building. The report states that the city would derive more tax revenue from apartments than from commercial. Councilors commend the report and even those who originally opposed it concede that this is the best use of this property at this point. Several councilors ask whether the apartments will be pet-friendly, citing that as one of the prime attractions of the Perkins apartments which are to be purchased by UMass Lowell. Manager Murphy adds that this developer did agree to a Payment in Lieu of Taxes covenant so that if the property is eventually sold to a non-profit, the city’s approvals would even then be contingent on the creation of a PILOT agreement.

Petition by Markley Group to abandon portion of Prince Street. Normal course would be to send this to a public hearing. Two neighbors who oppose the abandonment speak followed by George Eliades, attorney for the Markley Group. The council engages in an extensive discussion about what to do. Council votes to hold the public hearing on July 12 but to hold a subcommittee meeting at the site prior to that.

Report of Personnel Subcommittee by Councilor Milinazzo. Topic was evaluation of City Manager Murphy. All councilors submitted evaluation forms. As a result of the positive evaluations, the City Manager is granted a salary increase. Council also voted to publicly release those evaluations.

By Councilor Leahy, request Opiate Task Force meet to discuss the use of the $100,000 grant from Lowell General Hospital.

By Councilor Leary requests report on the upkeep of the John Sheehy Park on Pawtucket Street.

By Councilor Mercier that City Manager invite new owner of Lowell Spinners to attend a city council meeting and address the council.

By Councilor Samaras requesting an update from City Manager on status of the parking garage in the Hamilton Canal District.

By Councilor Belanger to have proper department clean all gateways into the city in preparation for the Lowell Folk Festival.

By Councilor Belanger requesting an update on progress of Smith Baker Center rehabilitation.