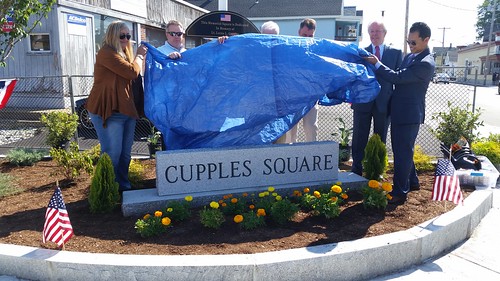 Yesterday I participated in the re-dedication of Cupples Square which is “the junction of Pine, Westford, Loring, and Hastings Streets” in the Highlands. Originally dedicated in October 1923, the square memorializes US Army Lieutenant Lorne Cupples, a resident of the neighborhood who was killed in action in France on November 2, 1918. During World War One, at least 165 soldiers and sailors from Lowell died from battle wounds, accidents, or disease. Of those who died in combat, the city dedicated parks, playgrounds, and squares to 45 of them. Some of these places have faded from our geographic vocabulary, but others like McPherson Playground, Kittredge Park, and Kearney Square are among the most familiar places in the city. However, hardly anyone in Lowell in 2016 has the slightest idea of who these places are named for and why. With the 100th anniversary of America’s entry into World War One just a year away, I hope the city finds a way to revive the stories of these men so that current and future generations of Lowellians do not forget their sacrifice. 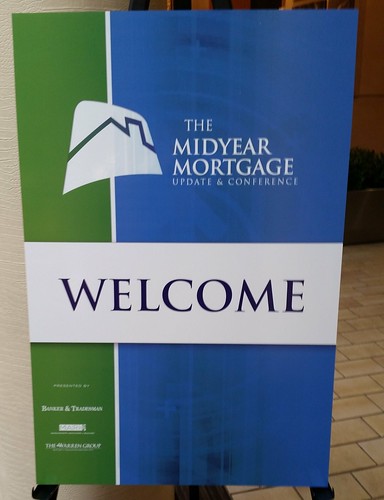 Thursday I traveled to Natick to speak at the “Midyear Mortgage Conference” sponsored by Banker & Tradesman, a Boston-based newspaper that reports on real estate and finance. My topic was the electronic recording of documents at the registry of deeds, but others, including Tim Warren, the publisher of Banker & Tradesman, and Robert Triest, a vice president of the Federal Reserve Bank of Boston, talked in broader terms about the regional economy. From a Lowell perspective, the news was generally good.

Dr. Triest of the Federal Reserve gave a “big picture” view of the New England economy. He said that unemployment has gradually decreased so that in Massachusetts in May, it is at 4.2% which is a level that economists consider to be nearly “full employment” (meaning the normal turnover in jobs will always cause someone to be unemployed). He did concede that the category called “U-6” remains high. U-6 is the unemployed plus “persons employed part time for economic reasons.” This measures “those working less than 35 hours per week who want to work full time, are available to do so, and gave an economic reason (their hours had been cut back or they were unable to find a full-time job) for working part time.”

Triest also said that employment rates vary across Massachusetts with Greater Boston doing very well and Western Massachusetts not so much. That is a consequence of the continued decline in manufacturing jobs which continues to disappear, even after the end of the Great Recession. Greater Boston is doing so well because it is strong in education and health services, two areas of the economy that have shown strong growth, even during the Great Recession.

Warren said the real estate market in Massachusetts is “booming” with the number of single-family house sales up 31% in 2016 from the same period last year. However, median home prices in Massachusetts are growing at a slower pace than they did during prior real estate booms. A benefit of this is that Massachusetts is now becoming more competitive in terms of housing costs which is good for attracting business. The cities and towns in which real estate prices have recovered the best since the housing collapse are those closest to good-paying jobs. (In other words, people now want to live closer to where they work). Warren then singled out Lowell as a community “primed for doing well,” citing (relatively) low housing costs and “a marvelous university” which are two things sought by major employers when deciding where to locate.

If, as the economist Dr. Triest said, education and health services are the growth fields of the new economy, the city should encourage growth of UMass Lowell and not seek to restrict it (which seems to be the desire of some). Similarly, our civic strategy should also encourage the continued growth of places like Lowell General Hospital and Lowell Community Health Center, and seek out companies like Genesis Health Care which has already committed to build a large facility in the heart of the Hamilton Canal District.

And as the publisher of Banker and Tradesman, Tim Warren, said, having the type of jobs produced by these companies is key to having a successful community. Housing values follow the jobs. With long commutes to work becoming less and less attractive, people want to live close to where they work.

One of the biggest success stories for Lowell this year is the relocation of Kronos from Chelmsford to the Cross Point Towers in Lowell. Because the distance between the old and the new Kronos sites is only a couple of miles, locating a business closer to where employees want to live could not have been much of a factor.

A big factor of the Kronos decision was state and local tax policy. Friday’s Boston Globe reported that part of the reason Kronos is moving from Chelmsford to Lowell is that the Commonwealth extended an $8mil state tax credit for making the move. Described as “the most lucrative package of state tax credits yet under Governor Charlie Baker,” the tax credit was intended to persuade Kronos to move to a “Gateway City” like Lowell. The Globe also mentions that the $8mil state tax credit is in addition to the $2.2mil property tax credit extended to Kronos by the city of Lowell. After the move, Kronos anticipates creating 400 new jobs in Lowell at its Cross Point headquarters.

LED bulletin board at Lord Overpass

At this week’s meeting, councilors will receive responses to several motions previously made. One is a response to a motion by Councilor Elliott who observed that banners advertising upcoming events that are strung from the railings of the overpass are often left behind and become unsightly. He suggested the city invest in an LED bulletin board for advertising at that location, something that might also generate some revenue. The motion response says that a 4’ x 8’ outdoor bulletin board would cost $30,000. Such a sign would also weigh approximately 300 pounds so that a detailed structural assessment of the original railings would have to be made to determine whether they were sufficient to support something like that. The response also mentioned that as planning for the new Lord Overpass proceeds, planners will consider incorporating this kind of bulletin board in the layout. Finally, the city found that the practice of placing banners on the overpass violates a city ordinance (“Nuisance Posting”) and so all banners placed there in the future will be immediately be removed.

Update on Roadwork on Nesmith St

This project involves widening Nesmith Street between Andover and East Merrimack Streets to four lanes and improving traffic signals at five intersections along Route 38. The work will not require the taking of any private property, however, existing trees between the road and sidewalks will be removed. MassDOT is supposed to host a public meeting during the week of July 25 at which members of the community may ask questions and make comments.

Whenever UMass Lowell buys a property, there is an outcry from some in the city, decrying the loss of property tax revenue. While it is true that UMass Lowell does not pay property taxes, I’ve always argued that the benefits of an expanding university outweigh the lost tax revenue. And since UMass Lowell is a part of state government, if the city feels that the cost of services it provides on account of the University is out of proportion to the benefits derived, then a plea to the state legislature, which is responsible for all state budget matters, would seem to be the proper avenue to seek relief.

Often those who disparage the growth of the University label it a “nonprofit” with the context adding a derisive sheen to that term. A recent council motion asked for a report on the amount of property tax revenue lost due to properties being owned by nonprofit entities which do not pay real estate taxes.

The response to that motion explains that the city has developed a formula for assessing “payments in lieu of taxes” for non-property tax paying entities. These nonprofit entities that own real estate are sent “bills” each year with suggested amounts of payments in lieu of property taxes. Calculations are made by applying a multiple ($0.33) to the square footage owned by each organization. The program is entirely voluntary. In FY2015, the city requested $1,985,327 from nonprofits. The city received $16,829 in voluntary payments.

The report goes on to say that UMass Lowell is not included in this program because it is state-owned and therefore is not a non-profit. If the non-profit formula were applied to UMass Lowell, the city would send a request for PILOT payment of $1,867,385. While the Commonwealth does reimburse the city for state-owned land lying within the municipality, the reimbursement amount granted to the city of Lowell for all state owned property in FY2015 was just $201,060. (It will be interesting to see if this particular piece of information will cause councilors to file motions requesting that our representatives in the state legislature cause this amount to be increased).

The PILOT report provided to the city council for this week’s meeting contains a detailed breakdown of all the non-profits that own property in the city, the location of their properties, and the amount of the requested PILOT payment.

As I scanned through the list, I was struck by how many entities were on it. I also observed that many of the harshest critics of nonprofits not paying real estate taxes have deep allegiance to one or more entities on this list. If you contend that it is wrong for nonprofits to not pay real estate taxes, that principal should apply equally to the nonprofit you belong to or support, shouldn’t it?

Despite its length, I’ve decided to reproduce the list of real estate owning nonprofits here, along with the amount of PILOT payments the city requested from them. Only six made those voluntary payments; they are listed at the beginning. I’m not sure how religious institutions are categorized; some seem to be on the list but many others are missing.