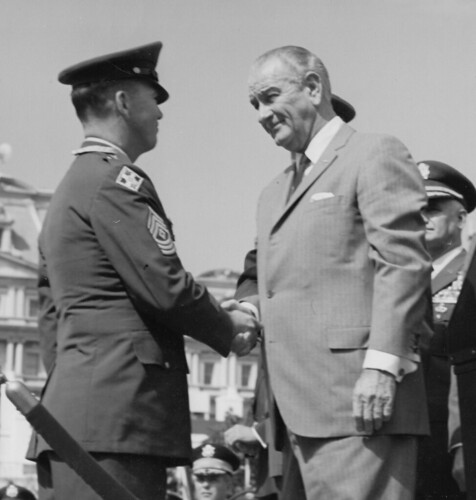 On Saturday, June 4, 2016 at 10 am, the city of Lowell will dedicate the intersection of Jackson and Canal Streets to David H. McNerney, a Lowell native who was awarded the Congressional Medal of Honor in Vietnam.

David H. McNerney was born in Lowell on June 2, 1931 and lived on Wilder Street for several years until his family moved to Ohio and then Texas. David enlisted in the US Navy in 1949, serving until 1954. That same year, he enlisted in the US Army. In 1962, he was among the first US military advisors sent to Vietnam. Following a second tour in Vietnam, he was assigned to Fort Lewis, Washington, to train soldiers headed to Vietnam. After months of training Company A, 1/8 Infantry, 4th Infantry Division, McNerney volunteered to return to Vietnam a third time as Company A’s First Sergeant.

On March 22, 1967, the company was ambushed by a much larger North Vietnamese force. For his heroism during that desperate battle, David McNerney was awarded the Congressional Medal of Honor. Here is his citation:

1st Sgt. McNerney distinguished himself when his unit was attacked by a North Vietnamese battalion near Polei Doc. Running through the hail of enemy fire to the area of heaviest contact, he was assisting in the development of a defensive perimeter when he encountered several enemy at close range. He killed the enemy but was painfully injured when blown from his feet by a grenade. In spite of this injury, he assaulted and destroyed an enemy machinegun position that had pinned down 5 of his comrades beyond the defensive line. Upon learning his commander and artillery forward observer had been killed, he assumed command of the company. He adjusted artillery fire to within 20 meters of the position in a daring measure to repulse enemy assaults. When the smoke grenades used to mark the position were gone, he moved into a nearby clearing to designate the location to friendly aircraft. In spite of enemy fire he remained exposed until he was certain the position was spotted and then climbed into a tree and tied the identification panel to its highest branches. Then he moved among his men readjusting their position, encouraging the defenders and checking the wounded. As the hostile assaults slackened, he began clearing a helicopter landing site to evacuate the wounded. When explosives were needed to remove large trees, he crawled outside the relative safety of his perimeter to collect demolition material from abandoned rucksacks. Moving through a fusillade of fire he returned with the explosives that were vital to the clearing of the landing zone. Disregarding the pain of his injury and refusing medical evacuation 1st Sgt. McNerney remained with his unit until the next day when the new commander arrived. First Sgt. McNerney’s outstanding heroism and leadership were inspirational to his comrades. His actions were in keeping with the highest traditions of the U.S. Army and reflect great credit upon himself and the Armed Forces of his country. 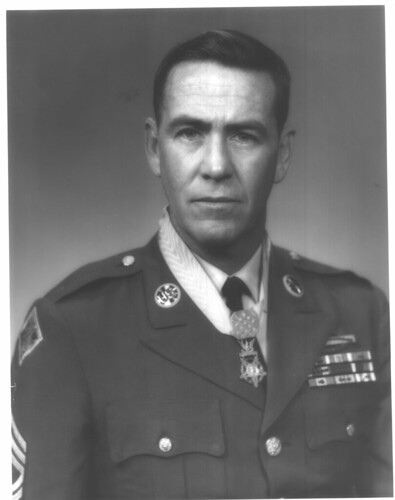 McNerney returned to Vietnam for a fourth tour and then retired from the Army in 1969. Besides the Medal of Honor, he was awarded the Bronze Star four times and the Purple Heart twice. After the Army, McNerney joined the US Customs Service at the Port of Galveston and lived in a suburb of Houston. He retained close ties to his relatives in Lowell and visited the city often, especially after his retirement from the Customs Service. David H. McNerney died in 2010. He is buried in the US Veterans Cemetery in Houston, Texas.

Although McNerney Square is being names specifically for David, it would be appropriate to consider it McNerney Family Square because of the outstanding military records of David’s relatives. 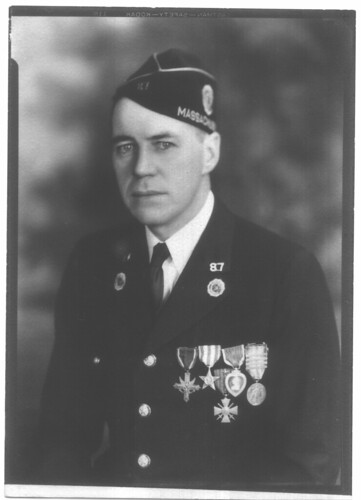 David’s father, Edward McNerney was born in Lowell in 1896, living on Worthen Street and then Middlesex Street. With America’s entry into World War One, Edward enlisted in the US Army and was soon made First Sergeant of Company K, 104th Infantry Regiment, 26th (Yankee) Division. He saw much combat and was awarded the Distinguished Service Cross, the Silver Star, two Purple Hearts and the French Croix de Guerre.

Edward’s oldest child (and David’s sister), Ruth, was a nurse in the US Army during World War Two. The eldest son, Edward, served in the US Navy during World War Two and saw significant action in the Pacific Theater as an electrician’s mate on the submarine USS Dace which was attacked by Japanese depth charges more than 40 times. The youngest of Edward McNerney’s children, Richard, flew more than 200 combat missions in Vietnam as a US Navy fighter pilot. Numerous other members of the McNerney family from previous and successive generations have served and continue to serve in the military forces of the United States.

So next Saturday at 10 am at the intersection of Jackson and Canal Street, right alongside Mill No. 5 and across from the future site of the Lowell Judicial Center, the city of Lowell will dedicate McNerney Square. Everyone is invited to attend. 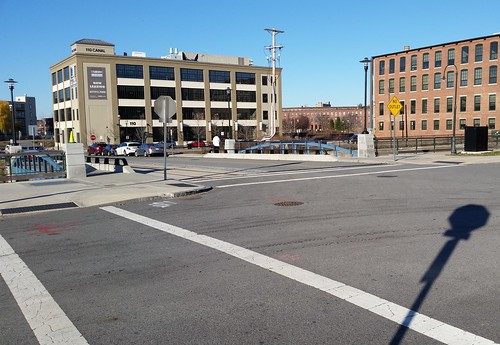 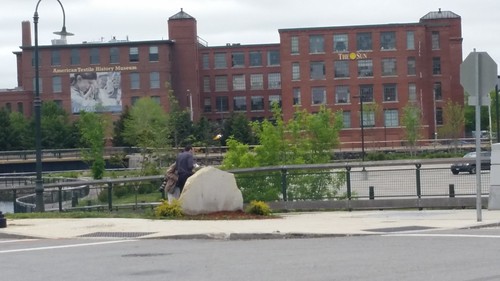