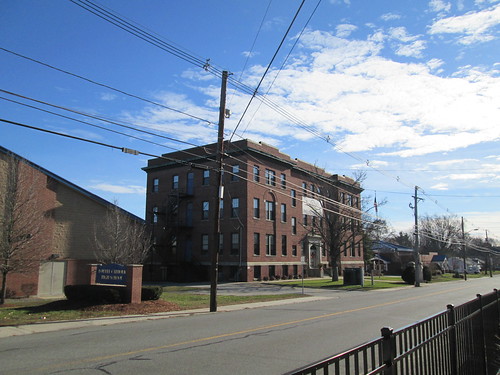 As a graduate of St. Margaret’s School (class of 1972), I took particular interest in the news of the merger of St. Margaret’s and Lowell Catholic High School to form a pre-K through grade 12 school beginning next fall. Here is the press release that delivered that announcement:

The educational program, management, governance and all administration will be under Lowell Catholic as a co-sponsored school of the Xaverian Brothers and Archdiocese of Boston. This plan will allow elementary education to continue at the St. Margaret School site.

In a letter to parents, Maryellen DeMarco, Head of School, Lowell Catholic School, wrote, “This demonstrates a strong and vibrant commitment to strengthen and enhance Catholic education for current and future generations of students.  Lowell Catholic is excited, honored and grateful for the opportunity to continue the strong legacy of Catholic elementary education at the St. Margaret School site.”

Rev. Raymond P. Benoit, Administrator – St. Margaret Parish, said, “We are proud of the fact that St. Margaret School has demonstrated that Catholic education is one of the most important ministries in the Catholic Church. We see the success of our students as the true example of our school’s excellence.  In making today’s announcement, we believe that we have an opportunity to strengthen Catholic elementary education by transitioning the elementary school under Lowell Catholic.”

Note that the press release does not use the word “merger.” Instead, it says that St. Margaret “will transition under the high school’s banner” to form the unified school. The release and the Lowell Catholic website have both jettisoned “high” from the school name, branding the new entity “Lowell Catholic School.” 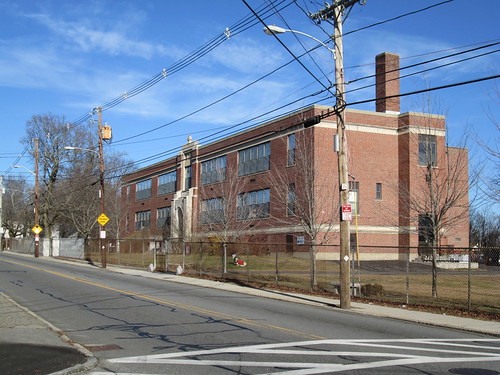 Real estate used for Catholic churches and schools has, for the most part, been owned by the Roman Catholic Archbishop of Boston. The land that forms the Lowell Catholic campus (bounded by Parker-Stevens-Avery-Wilder Streets with a small group of houses at the northeast corner of the block being privately owned) was acquired through several deeds from 1912 to 1923. Early in that period, the main building that now houses Lowell Catholic was constructed as an orphanage for the neighborhood. It was called St. Peter’s Orphan Asylum and School. 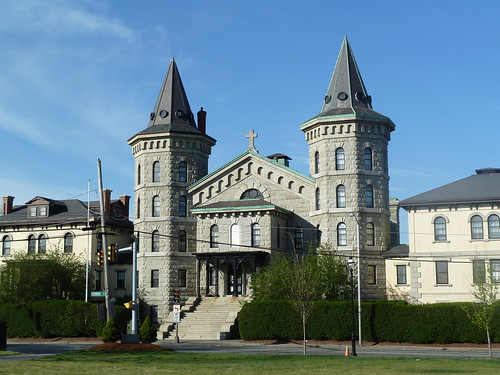 In the 1920s, the Archdiocese of Boston opened a high school for boys in the former Middlesex County Jail on Thorndike Street. It was called Keith Academy after B. F. Keith, a wealthy theater owner who bequeathed a substantial sum to the Archdiocese for educational purposes.

At the same time, a companion high school for girls was opened. It was called Keith Hall and it was located in a large house at the intersection of Chelmsford and Thorndike Streets, about where the LRTA Parking Garage is located now.

Sometime after 1936, Keith Hall moved to Stevens Street and the former St. Peter’s Orphanage and St. Margaret’s parish constructed a grammar school on the Parker Street side of the big lot. It was named St. Margaret School.

Although Keith Academy closed in 1970, Keith Hall and St. Margaret School continued to operate side-by-side into the early 1980s. At that point, Keith Hall was opened to male students and was renamed Keith Catholic. In 1986-87, the faculty of Keith Catholic formed a union and then went on strike. From the end of school in June to the start of school in September, enrollment dropped by nearly half, from 200 students to just over 100. At that point, the Archdiocese stepped in and reorganized the board of trustees of the school. Wayne Peters, the father of our frequent contributor Jim and a former Lowell Superintendent of Schools, was then the assistant principal of Keith Catholic. He recruited me and others including former Greater Lowell Regional School Committee member John Ryan and Joseph McDonough, the father of John McDonough, to serve on the board.

The Archdiocese loaned the balance of the B.F. Keith bequest to Keith Catholic to meet that year’s operating expenses. That bailout came with a reorganization plan that would affect Keith and the city’s other two Catholic High Schools, St. Joseph’s and St. Louis Academy. The plan called for Keith Catholic to close entirely and for St. Joseph’s and St. Louis to merge to form Lowell Catholic. Personnel from the Archdiocese were emphatic about Keith Catholic closing and the other two schools merging. I never asked why that was so but it was my sense that if Keith Catholic was also merged, the teachers’ union would have remained. Closing Keith outright got rid of the union since neither St. Joseph’s nor St. Louis had staff that were unionized.

During the first two years, St. Joseph’s and St. Louis remained in their historic buildings on upper Merrimack St and St. Boisvert St. In the first year, the city of Lowell, which was desperate for space due to an influx of new students (mainly Southeast Asians) rented the Keith Catholic building from the Archdiocese to house Lowell public school students. However, during the second year, contractors chosen by the Archdiocese performed internal renovations to the Keith building.

In 1991, Lowell Catholic High School moved into the Keith Catholic building on Stevens Street and has remained there and thrived ever since. In 2004, the property was subdivided with the Archdiocese retaining ownership of the St. Margaret School property and selling the Keith Hall property to Lowell Catholic High School Corporation for $500,000. The deed contains a reversionary clause which states that if the premises ceases to be used as a Roman Catholic high school, ownership automatically reverts back to the Archdiocese.

In 2006, Lowell Catholic constructed two stand-alone buildings on the Keith Hall property; one housing the gym; the other science labs and an auditorium. The school has also made great strides in branding itself as the successor of Keith Academy, Keith Hall, Keith Catholic, St. Louis Academy, St. Joseph’s High School, and St. Patrick’s High School as a way of connecting with alumni of those Lowell institutions. And now, with the acquisition of St. Margaret School, Lowell Catholic begins the next chapter of its very interesting existence.