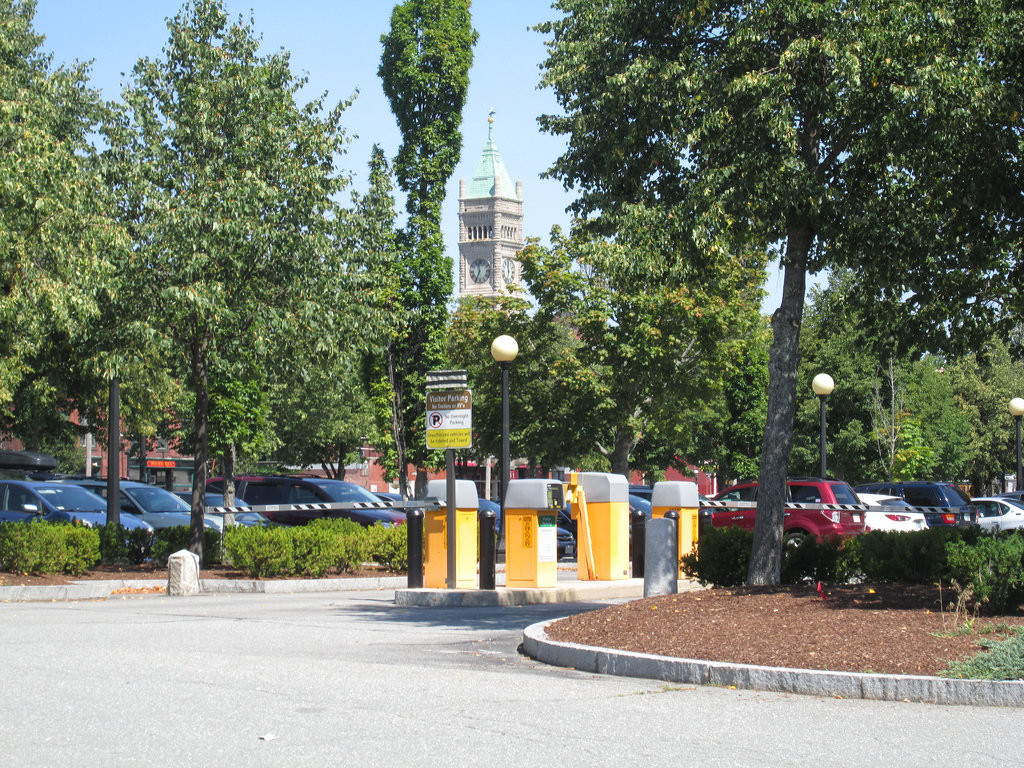 Will Tour Bus Parking Plan get bogged down?

Back on December 9, 2015, representatives from the city’s Planning and Development Department appeared before the Conservation Commission on the proposed National Park tour bus parking area on LRTA property on YMCA Drive for a “determination of applicability” under the state’s Wetlands Protection Act. DPD argued that this lot is not subject to the Wetlands Protection Act and therefore not within the jurisdiction the Conservation Commission.

DPD’s Craig Thomas led the presentation by emphasizing the positive impact of the Hamilton Canal District on the city and the importance of this project to the success of the HCD project. This lot, which would hold up to eleven tour buses, is now “a significant [part of the city’s] storm water infrastructure” that doesn’t function very well due to 50 years of deferred maintenance.

David Cloutier from NOVIS Engineering and Scott Goddard from Goddard Consulting described the lot. It is a “natural low point” that has multiple culverts draining into it (from LRTA, YMCA, adjacent condominiums, and Lowell Connector catch basins) and one big 42-inch culvert running out of it. All of the culverts are nearly fully blocked with trash and sediment so none work as intended. Cloutier called it “a failed storm water drainage system” which causes catch basis nearby to back up and overflow into the city’s combined sewer system. They and Craig Thomas emphasized that the proposed project would clean out all of these culverts and make the system work as intended which would be a great benefit.

Using a series of historical maps, Mr. Goddard explained that this used to be part of River Meadow Brook but when the Lowell Connector was built in 1959, the Brook was relocated to permit the construction of the connector. The new path of the Brook is a cement-lined waterway on the other (south) side of the Connector. He added that this would never be done today but it was acceptable back in the late 1950s. Mr. Goddard stated that based on his training and experience as a wetlands engineer, this parcel and project did not fall within the jurisdiction of the Wetlands Protection Act.
The Conservation Commission did not entirely agree with that, mostly because for several past projects involving other parties, most notably one with the Thorndike Place Condominium (at 22 YMCA Drive which is on the Connector side of YMCA Drive, closer to Thorndike Street). In that case, the Conservation Commission found that this area was within the Wetlands Protection Act. Because of that, the condominium association had more expense and effort added to its project.

The Commission chair, Chris Zacherer, said “I’m having a real problem with this” due to the precedent of finding this area subject to the Wetlands Protection Act in other projects. He and other members also expressed concern that a finding of non-applicability would deprive the Thorndike Place residents of any say in the matter, even if the work proposed to be done by the city would impede the prior engineering and construction work done by the condo association.

I do not normally watch the meetings of the Conservation Commission but someone had suggested to me that I catch this portion of the December 9th meeting. I’m glad I did. It is a very complicated, even tricky, issue. Both the Commission and the applicant (i.e., the city) worked hard to find the best and fairest solution. 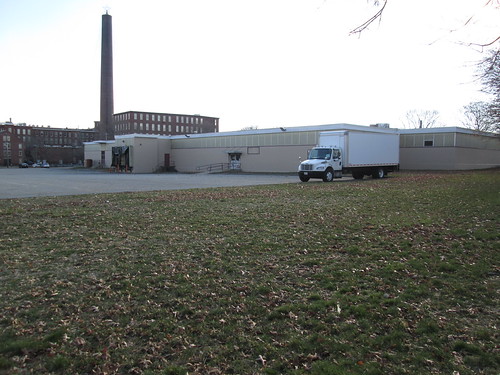 Earlier in the week, Chris Scott reported on his Lowell Sun “The Column” blog that UMass Lowell was purchasing the Notini property at 225 Aiken Street which the city has assessed at $1.9mil. According to Scott, UMass was to pay $5.8mil for the property and the closing was to occur on Friday. The closing may have taken place on Friday although the deed to UMass Lowell has yet to be recorded.

News of the sale was met with predictable consternation from some about the loss of property tax revenue. Perhaps that is why Chancellor Jacquie Moloney pre-emptively released to the Lowell City Council back in November a report from the UMass Donahue Institute that found an $854 million effect on the Greater Lowell economy by the University.

I was reminded of that report when I unfolded the December 2015 edition of the UMass Lowell Newsline publication which had as its lead story an article about the Donahue Institute study.

City Manager Kevin Murphy has made it clear that he sees Lowell’s future as a “college town.” Inherent in that vision is having a thriving college (or two) in the city. Yes, the University does occupy a lot of property that might, if owned privately, pay property taxes to the city. But as the Donahue Institute report quantifies, the city gets substantial benefits from the University. If it came down to having UMass Lowell in Lowell or having the properties occupied by UMass Lowell in private, tax-paying hands, I’d opt for UMass Lowell ownership. There’s no comparison in the benefits the city as a whole derives from that. 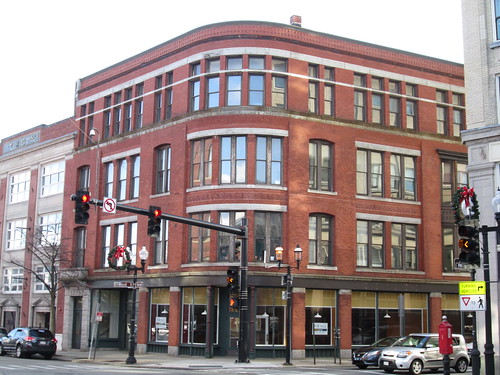 Although the Notini to UMass Lowell deed didn’t make it on record yet, two downtown Lowell buildings did get new owners on Friday. The Howe Building at 11 Kearney Square sold for $720,000. While the historic name of the building is derived from someone who shares my last name but is not a relation, the building has been home to my dad’s and now my sister’s law office since 1986. The new owner is 11 Kearney Square LLC which, according to the Secretary of State’s online database, has an address of 1 Demauro Drive in Tyngsborough with its managers being Michael Kourkoulakos and Joshua Oakes. 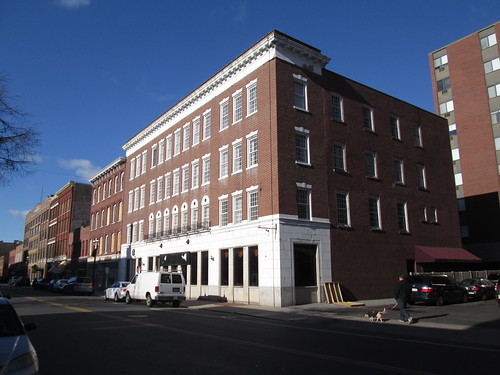 Another building just around the corner also sold on Friday. Bridgewell Inc is the new owner of 29-35 Market Street which most recently had as a first floor tenant the Savanna Palace dance club but back in the 1980s was a nightclub called Rodney’s (there is housing on the upper floors). Bridgewell, which (according to its website) is “a private, non-profit comprehensive human services organization that has been providing support to individuals with developmental and psychiatric disabilities for more than 50 years,” paid $1,557,000 for the building. Although it is based in Lynn, Bridgewell also owns properties in Lowell, Chelmsford, Dracut, Billerica, and Tewksbury.