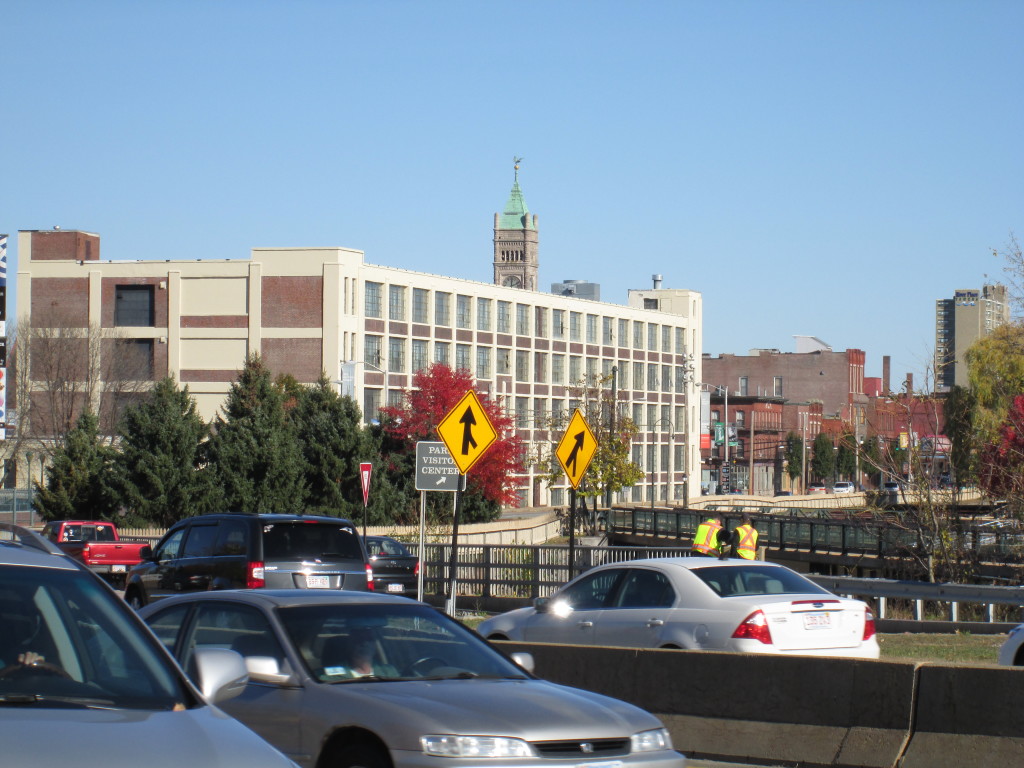 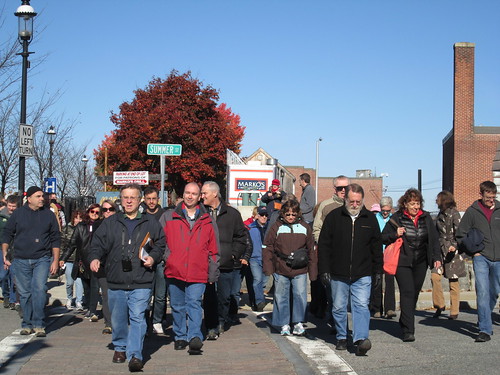 Thanks to the 75 people who participated in yesterday’s Lord Overpass Walk, especially Councilor Jim Milinazzo who joined in the entire 90-minute walk, and Councilor Ed Kennedy and State Representative Rady Mom who caught up to us at different points on the walk.

Again and again, those on the walk commented that walking over the Lord Overpass really opened their eyes to the problems it poses to pedestrians. We’ve all driven across it in our cars, but when you are on foot, it is an entirely different experience.

In a separate blog column I posed a dozen pictures from the walk that capture key pieces of the terrain. Please check out that post and be sure to attend the city’s public meeting on the Lord Overpass renovation project on Monday, November 16, 2015 at 6 pm at the Lowell Senior Center.

There’s an election on Tuesday. Polls are open from 7 am to 8 pm. Before then, please check out the excellent Voter Guide published by Lowell Votes.

We all know that past performance is not an indicator of future results, but let’s look at some election returns anyway. Here are the results from September’s Lowell Preliminary Election for City Council:

Here are the results of the 2013 elections for city council and school committee. Approximately 11,500 people voted in that election.

By being awarded this week a $13mil Federal grant, the city has taken another step towards gaining ownership of eight very important bridges in the city that are now owned by Enel. Is this the best deal possible for the city? We’ll never know that, but I always fall back on the imbalance of bargaining power which tips decidedly towards the big, multinational corporation. Consider the Pawtucket Dam. With residents, city government, and even the National Park firmly against the installation of the bladder dam by Enel, Enel still prevailed at the federal level. Perhaps that’s because Enel is the offspring of the Proprietors of the Locks and Canals which existed before Lowell was Lowell and which was primarily responsible for causing the city to exist in the first place. With the lobbying power and political influence of such a company, both in the early 1800s and now, one municipality doesn’t have a lot of negotiating power. These bridges are critical to the city’s transportation infrastructure and the best way to ensure that they remain in good repair and continue to be useful is for the city to take control of them. In that light, this seems like a reasonable deal.

Here’s the press release the city issued upon being awarded the grant:

The City of Lowell has been awarded $13,389,750 grant from the United States Department of Transportation’s Transportation Investment Generating Economic Recovery (TIGER VII) Discretionary Grant Program. Taking an innovative and partnership focused approach, the project seeks to rehabilitate and replace a network of critically important canal bridges in Lowell.

The City of Lowell and UMass Lowell would like to thank the US Department of Transportation, Sen. Ed Markey, Sen. Elizabeth Warren, Congresswoman Niki Tsongas and all of the community partners whose assistance made this grant award possible.

This map shows the location of the eight bridges which are identified below:

Prior to receiving this grant, here is what the city wrote about the significance of this funding:

If funded through the TIGER VII program, the project will end the private ownership and limited maintenance of these bridges that carry critical public infrastructure – eliminating weight restrictions and bridge closures that are currently crippling transportation circulation and impeding public safety, economic opportunity, and access to education in Downtown Lowell and the Acre Neighborhood.

UMass Lowell’s footprint on the east bank of the Merrimack River continues to grow with the formal purchase of two multifamily homes on Pawtucket Street, adjacent to the Richard P. Howe Bridge. Known as 193-195 Pawtucket Street and 199-201 Pawtucket Street, both were owned by Arthur John Faneros who sold them on Friday to the UMass Building Authority for $1mil each.

These are said to be the last two of hundreds of multifloor, multifamily residences that dominated the Little Canada Neighborhood prior to all the rest being demolished in a 1960s Urban Renewal Project. As such, they are embraced by some as historical artifacts. But UMass Lowell has a strong interest in clearing the riverbank to maximize the view across the river from University Crossing to the school’s North Campus.

Right now, it is unclear which of these views will prevail.

Other News This Week

The City Council had a quick meeting on Tuesday. Here’s my report.

Fred Faust wrote another article in this “Initiative in Lowell” series. This one about Dr. Arthur Gonsalves.

Monday night was the Lowell Walks Retrospective gathering at the Pollard Memorial Library. The purpose of the meeting was to review last summer’s walks and to start planning the 2016 Lowell Walks schedule.