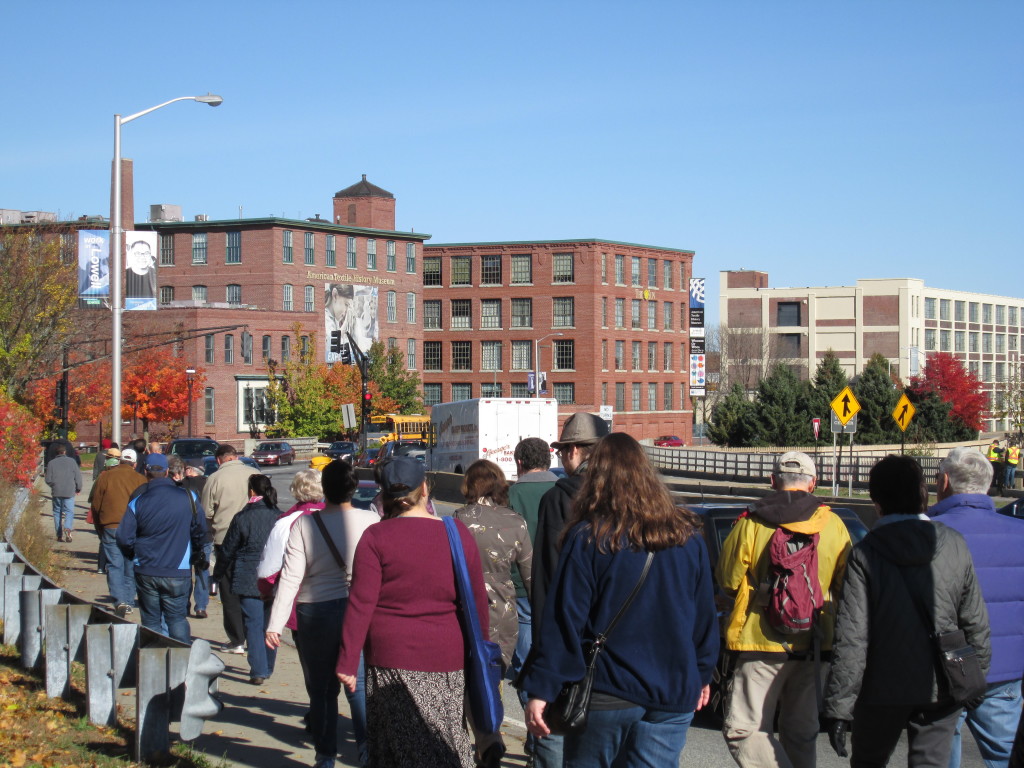 On Monday, November 16, 2015 at 6 pm at the Lowell Senior Center, the city’s Department of Planning and Development and the civil engineers hired to redesign the Lord Overpass will hold a public meeting at which residents will have an opportunity to share their ideas about the project. In preparation for that session, yesterday Paul Marion and I led a group of 75 people on a ninety-minute walk along that Dutton/Thorndike Street corridor during which we crossed over the Lord Overpass twice. Here are some photos from today’s walk: 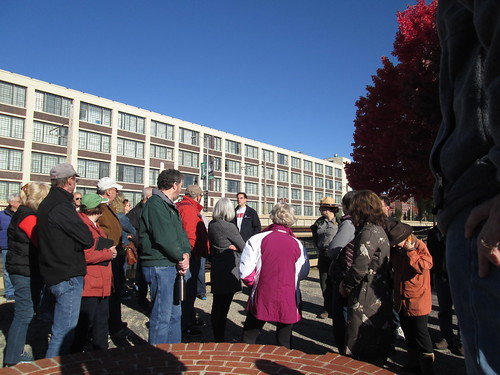 Adam Baacke, Lowell’s previous director of planning and development who is now with UMass Lowell, shares some background on the project at Swamp Locks.

Speaking about Jackson Street Extension, the Judicial Center site, and the Lord Overpass, all in the background of this photo 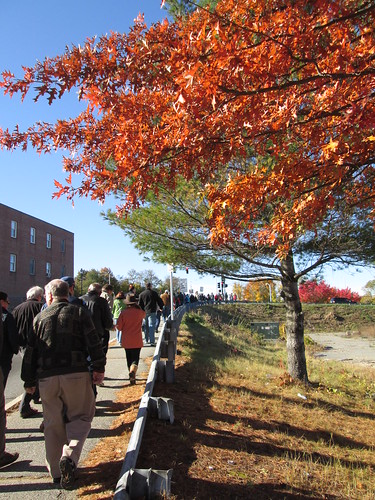 On Middlesex Street, heading up the ramp to the Lord Overpass 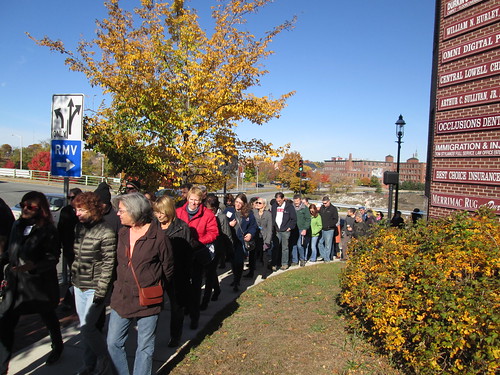 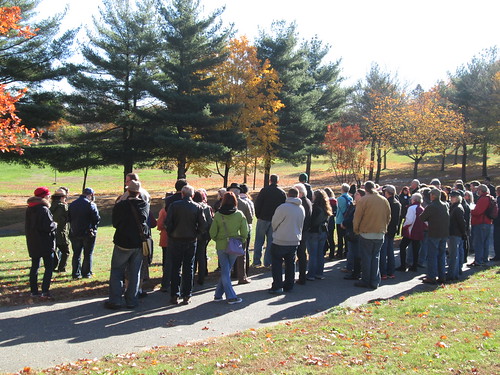 Contemplating the beauty of South Common and all of its potential 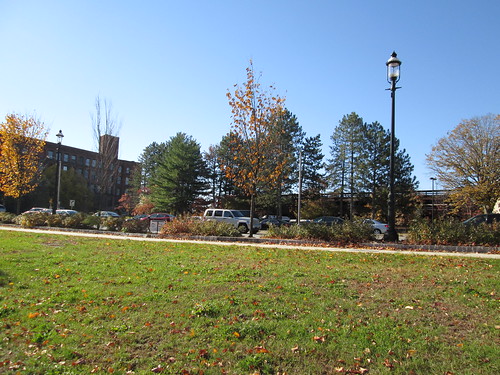 Many thought the curbing, shrubs and trees that separate the sidewalk from Thorndike Street along South Common should be extended all the way to downtown, on both sides of the street 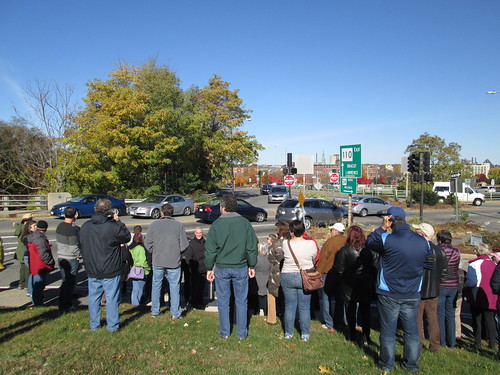 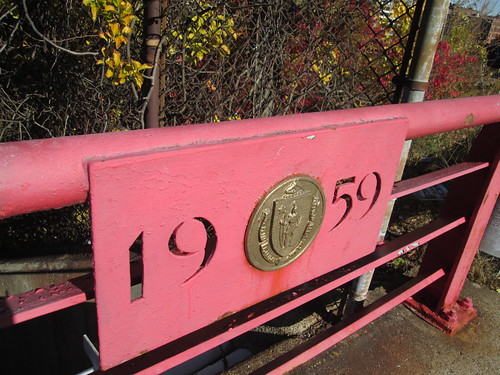 The Middlesex Street bridge over the train tracks. Pailin Plaza and the vibrant shopping district around it is only 100 yards from the Overpass at this point 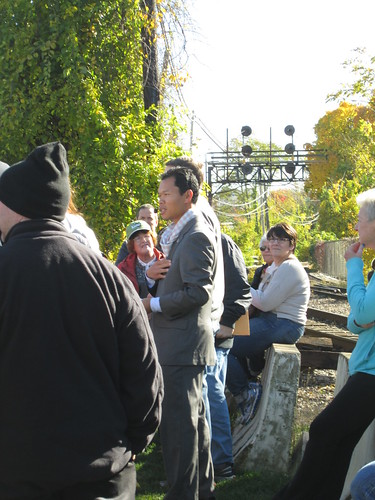 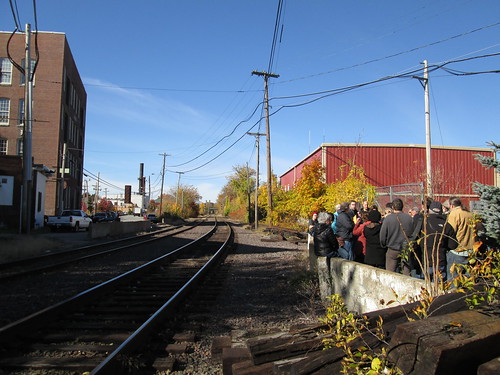 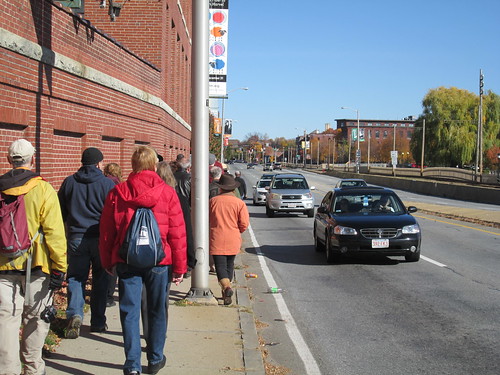 Pedestrians heading downtown on Dutton Street are wedged between the sheer walls on the left and the speeding cars on the right. 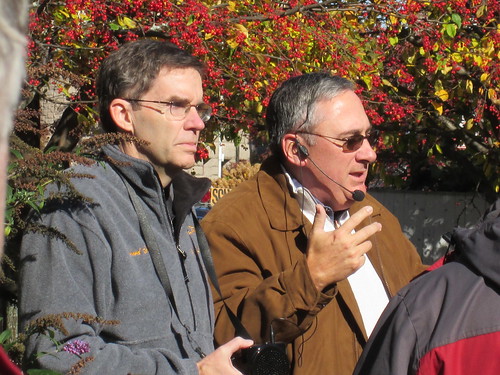 City Councilor Jim Milinazzo, chair of the transportation subcommittee, joined in the entire walk, and shared his observations with the group in the Whistler House courtyard, the final stop for the day.

Anyone interested in this section of the city, especially if you want it safer and more welcoming to walkers and bikers, should attend the session on November 16. If you’re on Facebook, please join the “Lowell Lord Overpass” group for the latest news about the project.