The big news from a very brief city council meeting last Tuesday was that the city and the Lowell Regional Transit Authority have reached a tentative agreement that will allow land controlled by the LRTA on YMCA drive to be used for the parking of buses that bring visitors to Lowell National Historical Park. Until now, those buses have parked in the NPS’s Dutton Street lot, but that parcel is in the center of the Hamilton Canal development.

The city intends to build a new parking garage in that vicinity, but the city wants to make the first floor of that garage retail space which would then generate rental revenue that could assist in paying for the cost of garage construction. Without someplace else to park the tour buses, the first floor of the garage would have to be constructed to accommodate the buses, thus depriving the city of much-needed revenue. The deal will be formalized by the LRTA board in the coming weeks but all indications are that the deal is pretty much done.

The Massachusetts Department of Transportation is holding public hearings around the state to take testimony from citizens about transportation priorities as part of its capital planning process. The hearing in Lowell is scheduled for Tuesday, October 27th from 6pm to 8pm at Middlesex Community College, 33 Kearney Square. 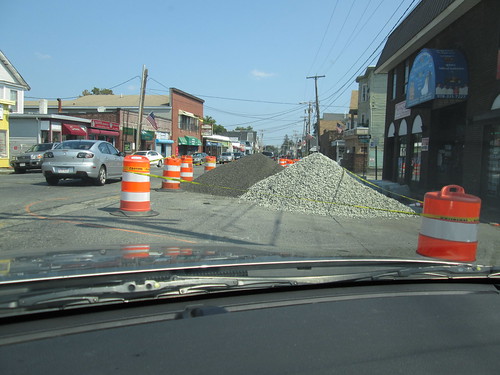 Transportation in the Highlands neighborhood has felt the impact of a major paving project on a long stretch of Westford Street running from School Street near Cupples Square all the way to Stedman Street near the Chelmsford line. The installation of new curbing and sidewalks and a major realignment of the traffic flow in Cupples Square has been ongoing for weeks, but the past few nights plus tonight and tomorrow night, Westford Street will be closed to traffic from 7pm until 5am as the actual road paving is done. This will be a nice project to have completed. I also think the changes to Cupples Square will make that vibrant neighborhood retail district safer for pedestrians. The narrowing of the street through that stretch and the conversion of Pine Street to one way traffic entering the Square will push more traffic onto Westford Street in that vicinity. 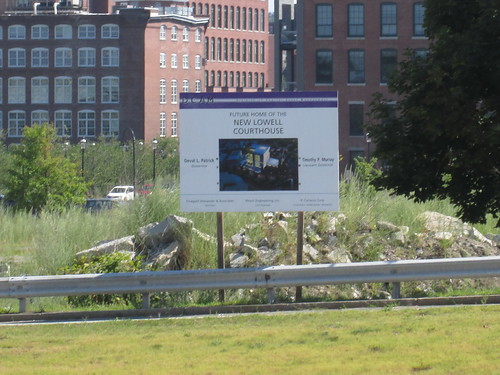 Closer to downtown, the extension of Jackson Street seems to be proceeding at a rapid pace now that work is underway. For the past few weeks there’s been a lot of activity just off the down ramp from the Lord Overpass. Eventually, Jackson Street will slice through that down ramp and cut across Thorndike Street at that point to connect in to Fletcher Street. That will be a major change for vehicular traffic in that vicinity but it will also provide a legal crossing point for pedestrians who now have to either climb and cross the Lord Overpass or walk down to Broadway to cross Dutton.

For now, the Jackson Street extension is intended to carry construction vehicles to the site of the new Judicial Center. The crushed stone that will form the under-layer for the pavement is already in place and shows the street ending in a large turn-around circle.
Speaking of the Lord Overpass, remember that the city of Lowell will hold a public meeting on the Overpass project on Monday, November 16, 2015 at 6 pm at the Lowell Senior Center on Broadway. Employees of the engineering company charged with designing the Overpass renovations for MassDOT will be at this session to hear the ideas on suggestions of members of the public.

In preparation for this public meeting, I’m inviting everyone to join my on Saturday, October 31, 2015 at 10 am at Lowell National Historical Park visitor center at 246 Market Street for a Lord Overpass walk. You can’t really get a feel for the area until you cover it on foot, so this walk will proceed from the visitor center, through the Hamilton Canal District, up over the Lord Overpass to the South Common. There, we will cross Thorndike Street to the Gallagher Terminal and walk back along that side of the street, up over the Lord Overpass again, across Fletcher, past the American Textile History Museum and all the way down to Market Street where we will cross and return to the visitor center. Along the way, I and others will provide commentary about the various entities and terrain features along the way. The walk should take about 90 minutes and anyone can join in. Since it will be Halloween, costumes are optional.

Amy Bisson, who has recently supplied us with some great photos of scenes in downtown Lowell, has launched a new blog that will cover education issues in the city, especially the Lowell Public Schools. Called “An Educator’s Journey”, Amy’s first post is about last Wednesday’s Lowell Public Schools Strategic Planning Session. Please check it out.

The Lowell Health Department at 341 Pine Street will be accepting unwanted medications on October 21, 2015 from 3pm to 7pm. This is your chance to scour your medicine cabinet for unwanted and expired medications that don’t do anyone any good and should be disposed of properly. 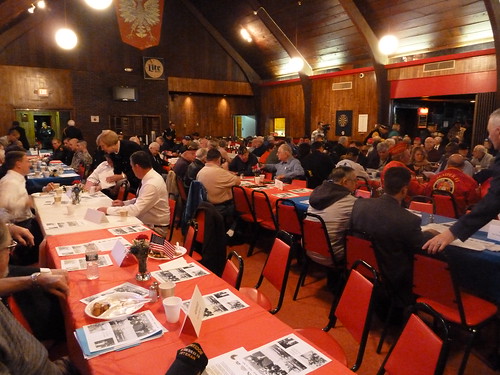 Inside PAV on Veterans Day 2011

The Polish American Veterans Club at 201 Coburn Street closed earlier this year and last week, the property was sold by the Polish American Veterans of Lowell Inc. to A.L.J. LLC for $600,000. The purchaser is a limited liability company with an address of 370 Middlesex Road in Tyngsborough which came into existence in 2011 for the purpose of “real estate investment and development.” According to the Corporations database on the Secretary of State’s website, Michael J. Farris is the manager of the LLC. The LLC already owns several commercial condominium units at 635 Rogers Street (behind Dunkin Donuts and next to Wingate Nursing Home) and did own a house at 18 South Loring Street.

The Polish American Veterans Club, or PAV, was constructed in 1951. Here’s a Lowell Sun article from that time that appears on the PAV website:

Lowell – After two and one half years of diligent work and planning, the Polish-American Veterans are finally going to see their dreams come true. Last Wednesday, the ground was broken at the junction of Coburn and Hildreth streets for a modern clubhouse and head quarters for the Veterans orinization.

Present at the ground breaking exercises, in addition to scores of Veterans were Mayor George C. Eliades, Councilor John J. Janas and Atty. Patrick Plunkett, legal counseling for the organization. Francis M. Gacek, commander turned over the first shovelful of dirt for the project and a bulldozer immediately went to work to dig the foundation hole for the building. The finished headquarters will contain two rooms, one for the private use of the members and the other for parties of members and guests. Construction will require several weeks and will be performed Bert Singleton as the contractor form plans dawn by Perley F. Gilbert Associates architects.

Back in March 1972, there was a tragic construction accident on the North Campus of UMass Lowell (then Lowell Tech). My memory is that a propane tank being used in the construction of a new university building on Riverside Street ruptured and the escaping gas migrated out into the street where it was ignited by a spark from a passing car. The resulting explosion killed four people: Patricia Boutin, Thomas Brogdon, Bernard Gill, and Marilyn Evans, who was a Lowell Tech student at the time.

On Saturday, November 7, 2015 at 11 am, the city of Lowell, the East Pawtucketville Neighborhood Group, and UMass Lowell, will host a dedication ceremony for a memorial stone at Fels Park on Riverside Street in remembrance of those who died in the accident. 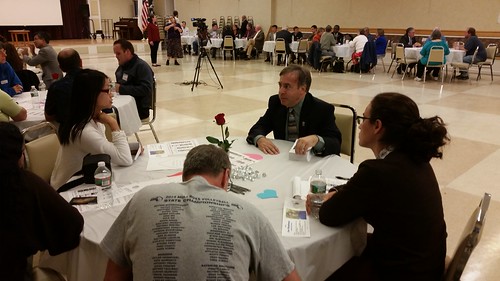 Congratulations to Coalition for a Better Acre and Lowell Votes for co-hosting a great candidate forum last week at the Senior Center. Called Candi-Dating, the event mimicked “speed dating” events with attendees seated at tables around the room and individual candidates moving from table to table, spending six minutes at each, trying to win the votes of those present. I served as the master of ceremonies/time keeper and so was able to watch events close up. Everyone – candidates and voters – was fully engaged throughout the evening. Afterwards, several of the candidates remarked to me that it was a great way for them to engage with voters and that each table raised different issues.
CBA & Lowell Votes will host a Candi-Dating event for the School Committee on Wednesday, October 28 at 6pm, also at the Senior Center.

Other election-related events include: 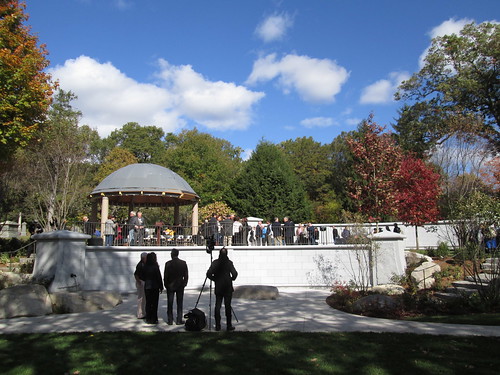 Congratulations to Lowell Cemetery on yesterday’s dedication of the Oliver Whipple Columbarium. The columbarium is a beautifully landscaped outdoor structure filled with small compartments that will hold cremated remains. Integral to the structure is a pavilion and a number of benches that will allow people to sit and contemplate the natural beauty of the cemetery. 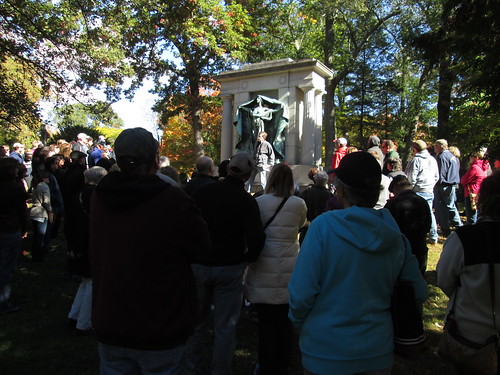 In conjunction with the dedication, I led a walking tour of the cemetery that was attended by more than 160 people, the biggest crowd I’ve ever had on any single tour. Included in the group were more than a dozen members of the Lowell High class of 1965 who were in town for their 50th high school reunion. The turnout provided further evidence of the widespread interest in local history among so many residents of Lowell and vicinity. 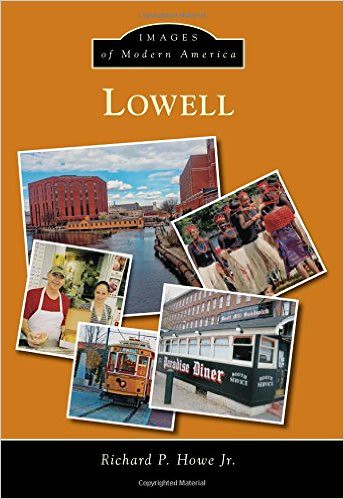 Speaking of Lowell History, I’m pleased to announce that I have authored a new book with Arcadia Publishing Company. “Lowell: Images of Modern America” featured nearly 200 color photos of Lowell from 1950 to the present. The book will be available on November 16, 2015 and on Saturday, November 21 at 10 am, I will do a reading and book signing event at the Pollard Memorial Library’s community room.