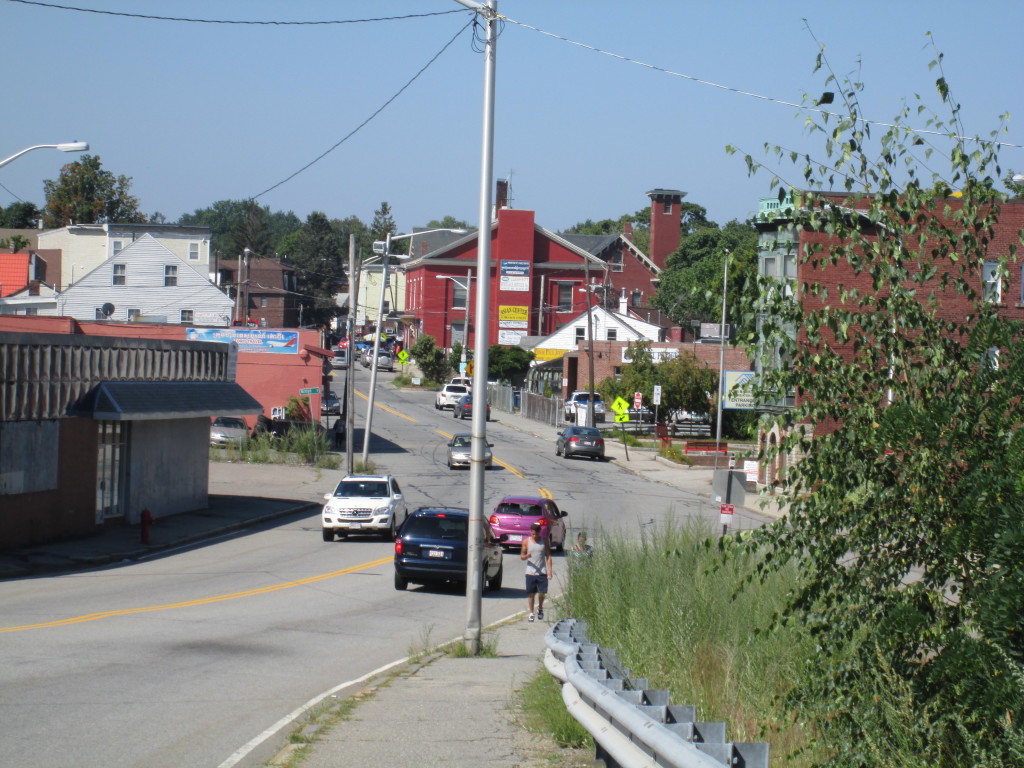 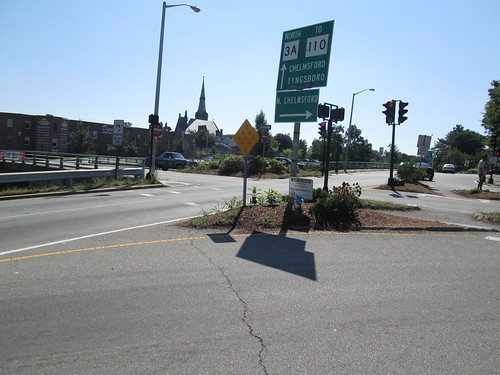 The City Council’s Transportation Subcommittee meets this Tuesday, October 6, 2015, at 5:30 pm at the City Council chambers of Lowell City Hall to discuss the Lord Overpass Renovation Project. The committee chair is Councilor Milinazzo and the members are Councilors Martin and Leahy. At a previous meeting of this subcommittee back in the spring, many members of the public attended and spoke about the need to make the Overpass and vicinity more pedestrian and bicyclist-friendly. At the time, several councilors seemed to agree with that objective, however, this will be an opportunity to remind councilors that many residents of Lowell feel that road improvement projects should be about more than just cars and trucks.

Immediately following the Transportation Subcommittee meeting will be the regular meeting of the full city council. There are eleven separate “motion responses.” Here are some that caught my attention:

In the past four fiscal years, tax lien auctions have brought in $9.3mil in delinquent taxes

Intersection of Moore & Gorham Streets: New sidewalks, paving and wheelchair ramps are to be installed from Gallagher Square (intersection of Central, Gorham & Thorndike) to beyond the Spaghettiville Bridge. This will include changing the lane stripes on Gorham to make it easier for traffic outbound on Gorham to bypass cars turning into Moore.

Continuation of Concord River Greenway: The Concord River Greenway begins at the Davidson Street parking lot and runs along the Concord River to the Lawrence Street side of Lowell Cemetery. The Greenway is largely completed except for a portion on the west bank of the Concord River that is to pass behind properties on Lawrence and Merrill Street (in the vicinity of the Whipple Café and the Rogers Street bridge across the Concord River). This memo reports that the owners of these properties, mostly private homes, are concerned about having the Greenway pass behind their backyards. The DPD memo suggests that the city owns the property right along the river and that several of these homeowners have structures (looks like swimming pools from on overhead photo) that encroach on city-owned land. DPD has requested the property owners to produce plot plans and other evidence of their property boundaries and the city will attempt to mediate some solution. Once this obstacle is overcome, the final stretch of the Greenway will be completed.

As for motions, Councilor Mercier has one that seeks to use a parcel of city owned land on Princeton Boulevard to hosts some kind of marker that designates the area as Middlesex Village. Councilor Samaras has a motion asking the police department to work with Middlesex Community College to lessen the danger posed by vehicles to students crossing downtown streets as they change classes. Councilor Rourke asks the manager to explore ways to fund a mural program that helps promote Lowell’s culture and history. And Mayor Elliott has a motion to revisit the crosswalk on Andover Street at Douglas Road to make it safer for those crossing the street.

There are others, but having two motions promoting pedestrian safety and two promoting our history and culture is pretty good for one council meeting. 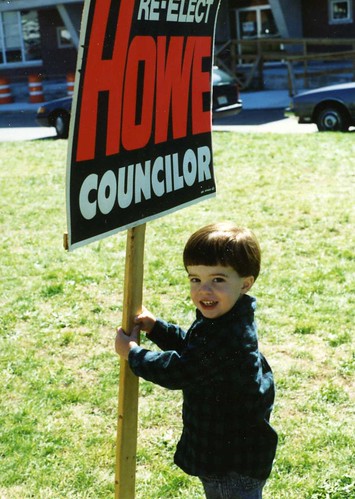 Andrew Howe campaigning for his grandfather in 1993

Yes, turnout was abysmally low and all that effort was spent eliminating only one candidate. Still, it was an election and here are the results:

Here’s a look at which candidates topped the ticket in which precincts. There are 33 precincts although three of them ended in ties, so the number of precincts “won” totals 36.

Not all precincts are created equal. In winning (i.e., getting more votes than anyone else) in Ward 1, Precinct 3, Jim Milinazzo received 207 votes. In winning Ward 2, Precinct 1, Rita Mercier received 15 votes. Those are the high and the low total votes from all the precincts.

Are the results of the preliminary an indicator of the results to be expected on November 3? There’s no telling. In the 1965 preliminary, my dad finished 11th but in the final election he jumped up to 5th so things can change. That was the case in 1995 when a group of candidates strongly opposed to the construction of the arena and the ballpark finished in the top nine at the expense of a number of incumbents, but in the final election the incumbents plus challengers who were supportive of those projects prevailed.

In 2015, however, I tend to think the preliminary does create a fairly accurate portrait of the end result, not exactly, but close. The main reason I say that is that the challengers as a group are not advocating a different direction for the city. They are just saying that they can do better what is already happening. In elections with that dynamic, the incumbents usually win because they, having been directly in the public eye for two years or more, are better known and more familiar to the voters. If the only option offered by the candidates is “more of the same” then why change the councilors? This does present an opportunity for a new-comer who is willing to aggressively challenge the status-quo over the next three weeks. But I don’t see anyone doing that, or doing it as directly and strongly as would be necessary to have such a strategy succeed, which is why I think the preliminary results will hold. 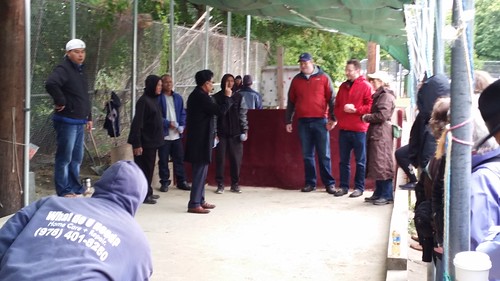 Learning the rules of “boules”

Lowell Walks resumed yesterday with our first neighborhood tour, this one of the lower Highlands neighborhood known (or formerly known to some) as Cambodia Town. About 40 people attended which was good given the cloudy, windy conditions and the competing tour of St. Patrick’s Cemetery that started at the same time (we should do better in avoiding such conflicts). The tour visited Clemente Park, the School Street Cemetery, the Cambodian Mutual Assistance Association on School Street, the scene of the 2014 Branch Street fire, the scene of the 1978 shooting of Lowell Police Officer Chris Rouses (the last Lowell officer killed in the line of duty), the Branch Street fire station, Pailin Plaza shopping center, and the Greater Lowell Boys and Girls Club.  The high point of the tour may have come on the Clemente Park boules court where a team of tourists challenged the regulars to a match. The regulars won. 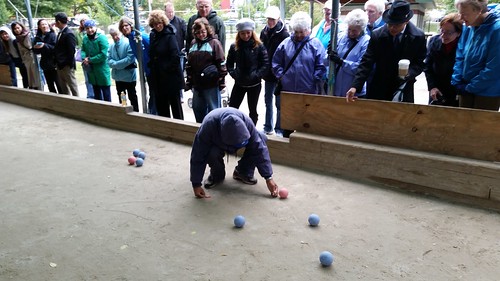 The home team beat the visitors, but just barely

The next Lowell Walks event will be a tour of Lowell Cemetery on Saturday, October 17 at 10 am from the Knapp Avenue entrance.

Also, we will hold a 2015 Lowell Walks retrospective on Monday, October 26, 2015 at 6:30 pm at the Pollard Memorial Library’s Community Room. This event will begin with a slide show from this summer’s Lowell Walks followed by a discussion of what we did right, what we could do better, and what other tours should be scheduled. Everyone is welcome to attend this meeting. 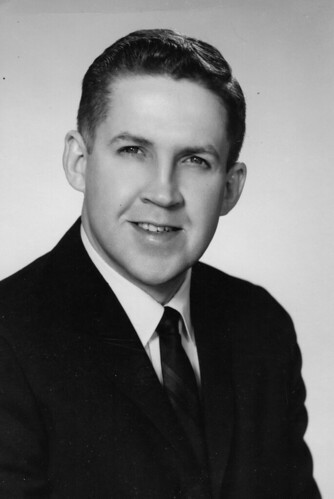 Thanks for Support During a Difficult Week

As most of you know, my dad, Richard P. Howe Sr., passed away last Friday. For at least a week prior to that it was clear that his final illness was upon us yet his passing still came quickly.

The death of a loved one has a private side and a public side. For me, the private side centered on the comfort and support from family and friends that I experienced throughout this time and on the personal grief felt after losing a parent.

The public side of my dad’s passing involved many people whose words and actions made a difficult week easier, and in many ways, very special. These people, some of whom I’ve listed below, have my sincere gratitude:

Thanks to everyone who expressed their condolences and shared their memories of my father, in person, by telephone, with flowers or food, in a card, or electronically. All were much appreciated. Believe it or not, Facebook comments were a great source of comfort, especially late at night when fatigue was plentiful but sleep elusive;

Thanks to the Lowell Sun for the many articles about and photos of my dad that it published over the past week;

Thanks to Jim O’Donnell and everyone at O’Donnell Funeral Home for their professionalism, knowledge, judgment, and friendship;

Thanks to the Lowell Police for their skillful escort of the funeral procession through the pouring rain and for the dignified salutes they rendered to the flag-draped coffin;

Thanks to the Lowell High School Air Force Junior ROTC Students for the honor guard they formed in front of the church.

Thanks to Fr. Raymond Benoit of St. Margaret’s Church for his compassion and the comforting words he shared at the funeral;

Thanks to the staff of St. Patrick’s Cemetery for erecting tents and preparing for the graveside service in terrible weather conditions;

Thanks to Michael Lally for sharing his gift of song with us at the funeral and at the cemetery. His graveside rendition of “Danny Boy” will make me think of my dad whenever I hear that song;

Thanks to all of the public officials, past and present, who came to the wake and who attended the funeral;

Thanks to all of my dad’s colleagues in the Greater Lowell Bar Association who formed a large delegation at the funeral;

And finally, thanks to whoever caused the rain to pause and the sun to shine from the time we emerged from the church after the funeral Mass until after the conclusion of the committal service at the cemetery.

One Response to Lowell Week in Review: October 4, 2015