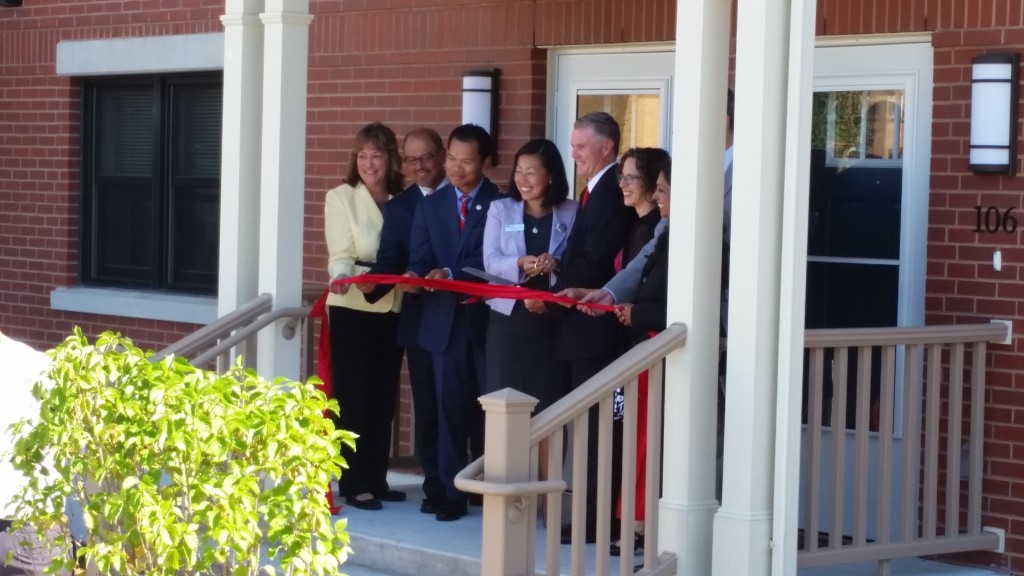 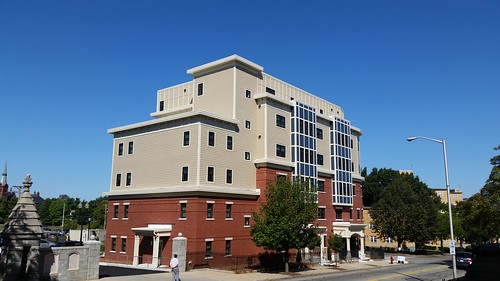 Congratulations to Coalition for a Better Acre which held a ribbon cutting ceremony for its Gorham Street Apartments on Thursday. I was sure to attend because I’ve felt connected to this project from the day it started, mostly because it is right across the street from my office. Each morning when I arrived at work the building was bathed in sunlight (on sunny days, at least), just asking to be photographed. My frequent cell phone pictures posted on social media documented the construction of the building. CBA speakers at the ribbon cutting kindly gave me a shout-out for my photographic efforts.

The apartment building contains 24 high quality, energy efficient units with multiple bedrooms. CBA will pay the city of Lowell approximately $50,000 per year in property taxes on this building which was designed to blend in to the surroundings. The affordable rent being charged will allow those who live in the apartments to spend more money elsewhere in the city. As one of the speakers said, “Housing stability equals city stability.” So congratulations to the Coalition for a Better Acre for a job well done. 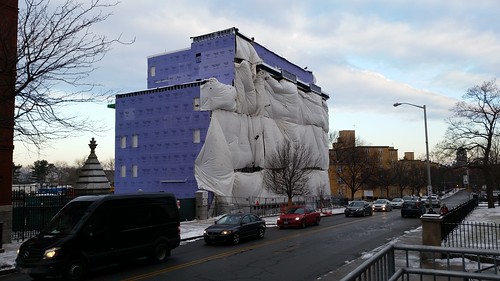 On Monday, I stopped at the official opening of the Mill City Grows offices on Western Avenue. The facility contains offices, conference rooms, storage space, and a walk-in refrigerator. Mill City Grows does great work in promoting urban agriculture. It also is a link back to our past. In my research of Lowell history, it occurred to me that most of the immigrants who came to this city (including my ancestors from Ireland) came from rural backgrounds. While they were drawn to Lowell by work in the textile mills, as soon as they could secure a small plot of ground here in the city, be it as land owners or tenants, they began growing vegetables and fruits both to supplement the family food supply but also as a link to the life they once lived in their country of origin. That was true of those who arrived in the 1840s and it’s true of those arriving today. So besides being good for our collective health and for the environment, urban agriculture is another example of how we are all connected. 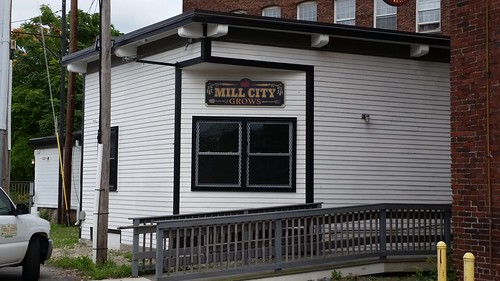 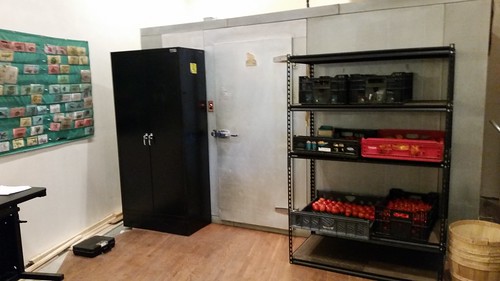 On a related note, be sure to visit the 4th annual Mill City Grows Harvest Festival next Saturday, September 26, from 1 to 5 pm on the North Common.

The Lowell City Council remains on its every-other-week summer schedule so there was no meeting this past Tuesday. The agenda for this coming Tuesday contains ten motions. Here they are:

There are several responses to prior motions worth mentioning.

To a Council Samaras motion regarding the monitoring of the South Common, a Lowell Police Department memo states:

. . . The South Common is one of the larger city parks and requires extra attention. Recently the South Common has become a location where individuals are erecting campsites overnight. This is a violation of the city ordinance that addresses the parks hours of operation. Officers on the evening shift have begun inspecting the park to ensure that the park is vacant during those hours in compliance with the ordinance. . . Additional problems that are encountered at the South Common are alcohol and drug use which is monitored daily.

In response to a motion requesting a list of events that have occurred at the Lowell Memorial Auditorium and at the UMass Lowell Tsongas Center, Special Events Coordinator Henri Marchand wrote a memo that included a list of all of the activities at these two venues from the start of this September up until the end of this year.

In response to a motion asking that a hotel be specifically included in the RFQ for the Hamilton Canal District, DPD wrote a memo that included this:

. . . [A 2012 study by the Pyramid Group] concluded that there was not sufficient market demand to support the construction costs of additional hotel rooms in downtown Lowell. The report cited the significant number of hotel rooms on the City’s edges . . . that could meet the hotel demand in the Lowell-area market. However, as market demands change and event programming increases at the UMass Lowell Tsongas Center, the City continues to pursue opportunities to partner with developers to find a private market solution to create a downtown Lowell hotel.

The RFQ for the Hamilton Canal District was amended to include this sentence: “The City invites proposals seeking to create alternative projects such as a hotel . . .”

Picking up on that previous item regarding a hotel in the Hamilton Canal District, I’ve long believed that much of the efforts of the city and related entities to increase tourism are misdirected by not focusing on those who actually live in the city or in the neighboring communities. For several decades we’ve sought the holy grail of hordes of out-of-town visitors arriving in Lowell for long weekends of profligate spending. Even though it has not worked, we pursue the same strategy. It reminds me of that old saying: “Insanity is doing the same thing over and over again and expecting different results.”

I’m certainly not saying that tourism should be abandoned. What I am saying is that if you plop a family of tourists in downtown Lowell on any weekend morning or afternoon, these visitors to the city will feel isolated, alone, and vulnerable. That’s because there are few people populating the sidewalks of the city on weekends. For tourism to succeed, you need a critical mass of people to provide the tourists with that “safety in numbers’ feeling that the slickest advertising campaign will never overcome.

Where will all of these “extras,” to use a film-industry term, come from? There are 108,000 people who live in Lowell and at least another 100,000 who live in the contiguous suburbs. Why isn’t more being done to bring those who live in the city and its neighborhoods into downtown on a regular basis? Big festivals are great but they are resource and money intensive and don’t happen very often. Why don’t we ask people to just come downtown, walk around, and to do that often. There are plenty of interesting things to see and experience. Even if the locals don’t spend a cent (although they certainly will), having a critical mass of people occupying downtown will lend an air of vitality to the area that is now lacking. And it is that sense of vitality, that feeling that you’re not alone but part of a bigger movement that builds the type of positive, grassroots perception that an advertising campaign could never achieve by itself.

As for the idea of a hotel in downtown, I understand that conventions steer clear of Lowell because there is no hotel to accommodate their participants within walking distance of the Tsongas Center of the Auditorium, but how would such a hotel survive? Let’s say there were 20 conventions that came to the city per year, each for three nights. That would be 60 nights of occupancy in a hotel. Who would stay there the other 305 nights? That’s why the Lowell Hilton became the Lowell Sheraton and then the Lowell Doubletree and then the UMass Lowell Inn & Conference Center.

I’m not saying that a hotel would never work in downtown. I am saying that it won’t work until there is a substantial increase in the number of people who spend time on the streets and in the businesses of downtown Lowell.