Last night City Manager Kevin Murphy provided an update on the Hamilton Canal District to about 40 people gathered in the Enterprise Bank’s Community Room at 18 Palmer Street. Councilors Corey Belanger, John Leahy, Jim Milinazzo, and Bill Samaras attended as did Celeste Bernardo, the Superintendent of Lowell National Historical Park. I’m on an email update list maintained by the city’s Division of Planning and Development which is how I learned of the session. Most of those in attendance seemed to be downtown residents (the topic of downtown parking was covered, too).
For those unfamiliar with the Hamilton Canal District, it is a 15 acre parcel assembled by the city from old, underutilized manufacturing enterprises. It is bounded to the north by the Market Mills Complex on Market Street; to the east by existing retail and commercial buildings along Central Street and their rearward outgrowths; to the south by Middlesex Street and the Lord Overpass; and to the west by Thorndike and Dutton Streets.

Much of the meeting was in a question and answer format so rather than just reproduce my notes, I’ll provide some of the highlights.

Parking was a topic much discussed with most expressing concern that there is not enough of it now or perhaps planned for this future development. Manager Murphy said that the proposed parking garage in the midst of the HCD (Hamilton Canal District) will be built and that it will be designed and built by the city. He said that the land swap with the National Park, while not yet complete, is proceeding at its expected pace and is not an obstacle, something corroborated by Park Superintendent Bernardo.

Murphy said that the only variable involves the parking plan for the tour buses visiting the National Park. If the buses can be accommodated elsewhere at some satellite lot, then the final garage design will take one shape. If the buses must be housed inside the garage, then the facility will take another form. But he emphatically stated that the city will build the garage – which will hold upwards of 900 cars – in either case. He also reminded people of how the “city council was vilified” when it voted to use city funds to build the Edward Early Parking Garage on Middlesex Street, but now everyone considers that garage to be essential and it is filled to near capacity every day. 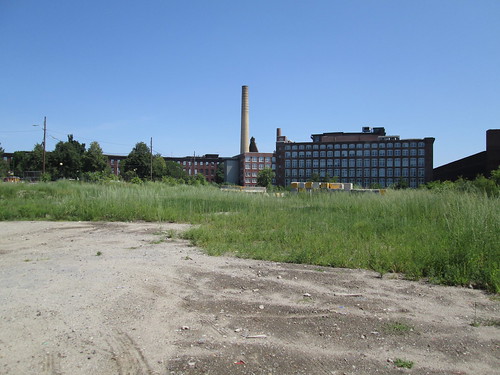 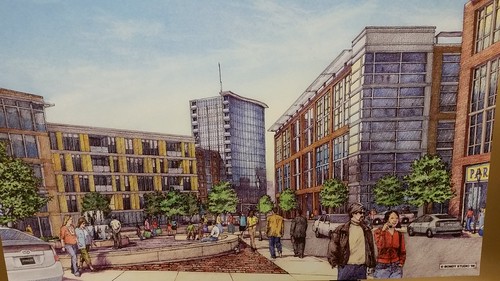 The next topic was the mix of uses within the district. Several of those in attendance emphasized their desire that only market rate housing be constructed in the district although someone else spoke up to say that mixing people of all income categories together tends to make the most stable and successful neighborhoods. Manager Murphy said he hoped that the people who eventually inhabit the housing in HCD have income levels that will allow them to support businesses in downtown but that it is ultimately up to the developer to determine what type of housing is viable for the site.

As for the timing of all of this, the Request for Qualifications (RFQ) will be formally issued this week. It calls for the chosen developer to obtain permits within six months and to begin construction within one year. This is a very aggressive (and probably optimistic) timeline, but because the HCD project has stalled for so long (due to the crash of the economy and then the slowness of the initial developer), the RFQ hopes to jump start the process. Manager Murphy said that he is convinced, as others have told him, that as soon as the first building is constructed, the rest of the project will fall into place very quickly.

Besides awaiting developer proposals, the city is also seeking state funds to assist with the construction of the road network and related infrastructure that must be installed on the Dutton Street side of the development. If the funding is obtained this fiscal year, road construction would begin next summer.

Regarding the state judicial center, which is to be constructed near the Lord Overpass, Manager Murphy said he understood that design of the building was to be completed during this calendar year; that construction would begin next summer; and that the facility would be completed 30 months later (which would be the end of 2018). 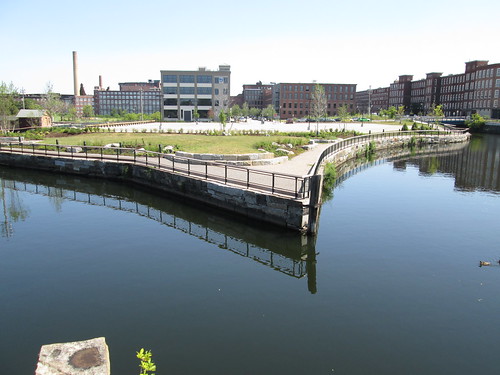 There were also a number of questions with how the HCD will connect with adjacent areas, specifically the existing downtown and the neighborhood business districts in the Lower Highlands. Citing the council’s recent adoption of the Complete Streets Program, Manager Murphy emphasized that this area in particular would be fully conducive to “multi-modal” transportation options including bikes, trolleys and walkers. He said that the city should take better advantage of its waterways, especially the canals. For example, some of the smaller areas in the HCD that are designated for retail use are being re-oriented to face the walkways along the canals rather than the streets. (He added that the most underutilized spot in downtown was Lucy Larcom Park and suggested that the city has some exciting plans for that waterway).

The meeting closed with a question about the safety of this area. Murphy acknowledged that troublesome incidents always occur but he cited the recent unsolved murder of a woman walking her dog in Manchester, NH, as an example of how that can happen anywhere. He did say that last summer he dreaded waking up because his phone would be filled with overnight messages from the police department reporting gunfire and other serious incidents. He said this summer there have been far, far fewer message of that type. He praised the city council for adding so many new police officers, citing that and a more strategic deployment of all officers as a major contributor.